Economic Forecast: A Downshift in Growth Expected for the Nation

Positive anticipation may turn cloudy by 2019 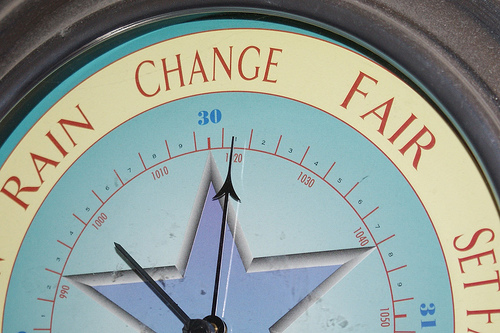 LOS ANGELES, Dec. 6, 2017 /PRNewswire/ — UCLA Anderson Forecast’s final quarterly report for 2017 is somewhat mixed, as the United States awaits the outcomes of a number of initiatives and proposals that could affect the economy.

For the nation, the near-term outlook is optimistic, anticipating a 3% growth in the economy, thanks to strong equipment spending, a potential tax cut and an uptick in consumer spending. However, by the end of the forecast horizon in 2019, real GDP growth could be running at a rate below 1.5% as the outlook becomes cloudy.

While the same is true for California, the rapid growth that has been driving a significant part of the U.S. recovery is slowing, consistent with a prediction by the Forecast as long ago as two years. The December 2015 Forecast anticipated a slower California growth rate of 1.6% increase in payroll employment and 1.2% increase in total employment in 2017. Through October of 2017, the state has seen a 1.3% gain for both payroll and total employment.

In his outlook for the national economy, UCLA Anderson Senior Economist David Shulman sees “a sunny 2018 with clouds coming in 2019. There is momentum coming from the recent strength in 2017, strong equipment spending, the likelihood of a tax cut and a consumer that is benefiting from higher asset prices and the prospect of higher wages.” On the horizon, he anticipates that unemployment will drop below 4% and remain there throughout most of the forecast horizon as inflation experiences an uptick.

Shulman writes that with the tax bills working their way through Congress, “there is uncertainty surrounding the corporate tax rate, state and local tax deductions, child credits and the permanence of the entire package.” He appears more certain that defense spending will likely be on the rise over the next several years, increasing by 2% and 2.7% in 2018 and 2019, respectively.

The risks predicted by the current Forecast include the enigmatic consequences of the Fed’s reducing its balance sheet and the potential failure of the ongoing NAFTA negotiations. Especially hard hit would be the U.S. automobile industry, where parts cross borders several times in the manufacturing of a single automobile. “In our view, should the U.S. leave NAFTA, the growth outlook would deteriorate and the chance of a recession in late 2018 or 2019 would significantly increase,” he writes.

Especially hard hit would be the U.S. automobile industry, where parts cross borders several times in the manufacturing of a single automobile

In his essay, UCLA Anderson Forecast Director Jerry Nickelsburg notes that the forecast for California differs from the previous one in two ways. First, the new tax bill, assumed to pass in some form as indicated in the national forecast, may dampen the housing market, which will reduce economic growth in the state. Second, the investment incentive, in particular the bringing forward of investment because of expensing, increases the forecasted growth rate for employment and income in 2018, though reduces it slightly by the end of 2019.

“The most likely outcome of these two opposite economic forces is for California’s unemployment rate to fall to 4.6% by the end of the forecast period (2019),” Nickelsburg writes.

UCLA Anderson Forecast is one of the most widely watched and often-cited economic outlooks for California and the nation, and was unique in predicting both the seriousness of the early-1990s downturn in California and the strength of the state’s rebound since 1993. More recently, the Forecast was credited as the first major U.S. economic forecasting group to declare the recession of 2001. Visit UCLA Anderson Forecast at uclaforecast.com.

About UCLA Anderson School of Management

UCLA Anderson School of Management is among the leading business schools in the world, with faculty members globally renowned for their teaching excellence and research in advancing management thinking. Located in Los Angeles, gateway to the growing economies of Latin America and Asia and a city that personifies innovation in a diverse range of endeavors, UCLA Anderson’s MBA, Fully Employed MBA, Executive MBA, UCLA-NUS Global Executive MBA for Asia Pacific, Master of Financial Engineering, Master of Science in Business Analytics, doctoral and executive education programs embody the school’s Think in the Next ethos. Annually, some 1,800 students are trained to be global leaders seeking the business models and community solutions of tomorrow.