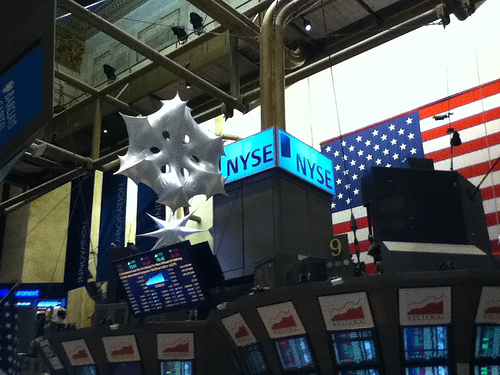 Two major economic reports accounted for a lot of the action last week: a third-quarter GDP estimate and the October jobs report. October employment soundly beat expectations, adding 204,000 new jobs; however, the overall unemployment rate ticked higher from 7.2% to 7.3%. It’s hard to know how accurate the numbers are given the disruption of the government shutdown last month. We’ll know more once November numbers are available.

The first Q3 GDP estimate showed the economy expanding by 2.8%, much higher than expectations. Digging deeper into the numbers, we see that much of the growth came from a build-up in inventories – goods sitting in warehouses and store shelves that consumers aren’t buying. Final sales rose just 2.0%, and overall spending crept up just 1.5% – the smallest gain in two years.

While the Fed has been cautious about economic prospects, recent remarks by Treasury officials show a brighter economic picture

The better-than-expected numbers stoked volatility as investors began to worry again that the Fed may taper its quantitative easing programs as soon as December. Unclear economic data caused the Fed to stand pat at its Federal Open Market Committee meeting last month, leaving monetary policy unchanged, and analysts had expected tapering to come no sooner than March.

The Treasury Department and the Fed have expressed some very different sentiments about the economy in recent days. While the Fed has been cautious about economic prospects, recent remarks by Treasury officials show a brighter economic picture. This divergence in opinions may complicate future economic policy and will certainly play a role in the confirmation hearings of new Fed chair nominee Janet Yellen, which will begin this week.

Looking ahead, earnings season will wind down this week with reports from major retailers like Wal-Mart, Macy’s, and Nordstrom, which will give investors an idea of what to expect from retailers next quarter. Recent consumer spending data suggests that Americans are spending cautiously, preferring to boost their savings. While this is good news for household debt, tepid spending could negatively affect the holiday shopping season.