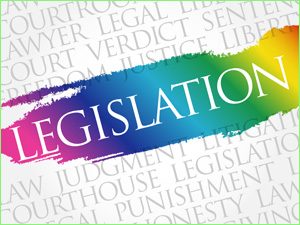 March 25, 2020 — SANTA CLARA, Calif.–(BUSINESS WIRE)–Congress must pass legislation immediately to permit Americans age 62 and older who have not yet started receiving Social Security retirement benefits to do so â and to then stop receiving their benefits when the COVID-19 crisis ends, says financial advisor Ric Edelman, founder of Edelman Financial Engines, an independent financial planning and investment advisor1 in Santa Clara, Ca.

âMillions of Americans in their 60s havenât started to take Social Security because they know that waiting until age 70 may let them receive hundreds of thousands of dollars more over the course of their retirement,â Edelman notes. âBut by waiting, millions of people arenât getting the Social Security benefits that, due to the COVID-19 crisis, they need right now.â

Since government officials are planning to help families cope with the crisis by distributing thousands of dollars to individual American households anyway, Edelman recommends that Congress let all Americans age 62 or older access their Social Security benefits as a temporary measure. The Social Security Trust Fund has more than $3 trillion, he notes, which can be deployed to support the governmentâs efforts to aid American families during this crisis.

Once You Start… You Cannot Stop

âCurrent law says that once you start to receive Social Security retirement benefits, you canât stop,â Edelman says. âThis is why people are reluctant to begin receiving benefits at age 62. If they do, theyâll lock themselves into receiving far less each month than theyâd get by waiting until age 70. This is causing millions of people to refuse to access their Social Security benefits â an income source thatâs readily available to them.â

People who initiate Social Security benefits at age 62 receive only 57 percent of what theyâd receive by waiting to age 70. Thatâs because, under current rules, Social Security benefits rise 8 percent per year for every year you delay the start of benefits. As a result, Edelman observes, a 62-year-old who would receive $2,000 per month at age 70 will receive only $1,136 if they start to get benefits now.

âThe solution is simple,â says Edelman. âCongress must pass legislation immediately to let people 62 and older start taking their Social Security benefits now, and then, when the crisis is over, let them stop again if they so choose.â

âWhen people know they have the freedom to stop their benefits, theyâll be more likely to access Social Security during the crisis,â adds Edelman. âThis will make it easier for households headed by someone 62 or older to manage the crisis without creating any long-term adverse economic impact to themselves, while making it easier for the government to target financial support to other households who are also in great need.â

Ric is a financial advisor and has been recognized as one of the most influential people in the financial planning and investment management profession by three leading trade publications: Investment Advisor2, RIABiz3 and InvestmentNews4. Three times he has been ranked as the nationâs #1 Independent Financial Advisor by Barronâs5. In 2004, he was inducted into Research magazineâs Financial Advisor Hall of Fame6 and in 2019, the Barronâs Hall of Fame7. In 2017, he received the IARFCâs Lifetime Achievement Award8. Ric is also a Distinguished Lecturer at Rowan University, an award-winning host of one of the longest-running radio show on personal finance in the country, a producer of award-winning specials for Public Television, and a #1 New York Times bestselling author who has written 10 books on personal finance.

Since 1986, Edelman Financial Engines has been committed to always acting in the best interest of our clients. We were founded on the belief that all American investors â not just the wealthy â deserve access to personalized, comprehensive financial planning and investment advice. Today, we are Americaâs top independent financial planning and investment advisor, recognized by both InvestmentNews and Barronâs with 170 planner offices across the country and entrusted by more than 1.2 million clients to manage more than $213 billion in assets. Our unique approach to serving clients combines our advanced methodology and proprietary technology with the attention of a dedicated personal financial planner. Every clientâs situation and goals are unique, and the powerful fusion of high-tech and high-touch allows Edelman Financial Engines to deliver the personal plan and financial confidence that everyone deserves.

1 Ranking and status for 2019. For independence methodology and ranking, see InvestmentNews Center (http://data.investmentnews.com/ria/).

2 The Investment Advisor magazine listing of the Investment Advisor 25 is based on readersâ opinions and highlights those who are ahead of the pack with their insights, innovation and disruption. Advisors and other industry participants cast about 12,000 total votes for leaders in the following six categories: RIA/Advisory; Independent Broker-Dealers; Custody & Clearing; Portfolio, Investing & the Markets; Politics/Regulation/Compliance; and Fintech/IA/AI. Investor experience/returns were not considered as part of this ranking.

3 The RIABiz listing of the 10 most influential figures in the Registered Investment Advisor industry is in recognition of notable, driven and influential executives who are advancing their firms and are considered influential in the RIA business. Investor experience/returns were not considered as part of this ranking.

4 Based on the opinions of the editors of InvestmentNews using the following definition as a guidepost: Those who have conceived new ideas and tools that have propelled the industry forward. Investor experience/returns were not considered.

5 According to Barronâs, âThe formula [used] to rank advisors has three major components: assets managed, revenue produced and quality of the advisorâs practice. Investment returns are not a component of the rankings because an advisorâs returns are dictated largely by each clientâs risk tolerance. The quality-of-practice component includes an evaluation of each advisorâs regulatory record.â The rankings are based on the universe of applications submitted to Barronâs. The selection process begins with a nomination and application provided to Barronâs. Principals of Edelman Financial Services, LLC self-nominated the firm and submitted quantitative and qualitative information to Barronâs as requested. Barronâs reviewed and considered this information, which resulted in the rankings on Aug. 27, 2012/Aug. 28, 2010/Aug. 31, 2009.

6 Research magazine cover story âAdvisor Hall of Fame,â December 2004 (based on serving a minimum of 15 years in the industry, having acquired substantial assets under management, demonstrating superior client service and having earned recognition from peers and the broader community for how they reflect on their profession). Investor experience/returns were not considered as part of this ranking

7 Barronâs Hall of Fame advisers have been ranked for 10 or more years on the Barronâs Top 100 Financial Advisors list. Barronâs listings are based on data compiled by many of the nationâs most productive advisers, which has been submitted to and judged by Barronâs. Key factors and criteria for each award include assets under management, revenue produce for the firm, regulatory and compliance record, and years of professional experience. This award is not indicative of this advisorâs future performance.

8 Presented by the International Association of Registered Financial Consultants (IARFC). Candidates must hold a professional designation and must have disseminated their comments on financial topics by having them widely published in articles, journals, books, etc. They must have provided outstanding personal service or leadership in the financial services industry. Nominees must have participated in some aspect of financial education to the public or to other members of the profession. Investor experience/returns were not considered.

Congress must pass legislation immediately to let people 62 and older start taking their Social Security benefits now, and then, when the crisis is over, let them stop again if they so choose...
03/26/2020 • Filed Under: e-Page2, Emerging Trends, Investments, Retirement Income • Tags: enewslink
Share:
single.php