Has the Dollar Lost its Safe Haven Status?

Flight to treasuries has never been kind to the dollar 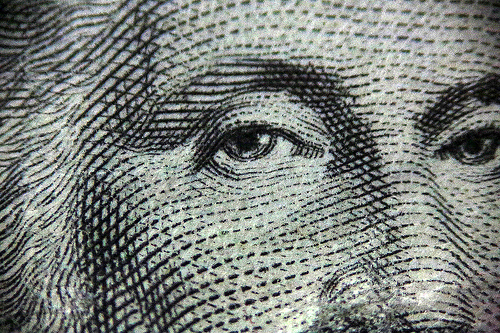 The greenback isnât what it used to be. At least for now, when thereâs a âflightâ to U.S. Treasuries, historically a sign of âsafe havenâ demand, the U.S. dollar has not only not benefited but has increasingly been on the losing end. Is this a temporary sign of special circumstances or has the dollar lost its safe haven appeal? There may be profound implications for investorâs portfolios seeking downside protection.

Letâs get right to the point. A sour mood in the markets, often referred to as a ârisk-off environment,â may be associated with:

What we tend to forget is that the next crisis is likely to be âdifferentâ even as some warnings signs may be the same. As such, many myths have developed that in practice are at best oversimplifications; at worst, may lead investors to be incorrectly positioned for the next crisis. Today, we zoom in on the relationship between the U.S. dollar and U.S. Treasuries.

The steep drop on the right hand side appears to suggest that the U.S. dollar is losing its safe haven appeal. Assuming you have recovered from looking at this chart sufficiently to to read on, letâs take a deep breath and assess what this means. A couple of thoughts:

Looking more closely, one canât escape the surge up to until the summer of 2012, then the sharp selloff of late. A couple of thoughts:

Itâs possible that this reversal of fortune for the greenback is temporary. It may also be the proverbial canary in a coalmine; that you canât rely on the greenback any longer as the one âsafeâ place. Indeed, we have long argued that there may not be such a thing anymore as a safe asset and investors may want to take a diversified approach to something as mundane as cash. This chart appears to support this notion. Next time, we dive into more detail as to how currency risk affects your international investments. Make sure you have signed up for our newsletter so you never miss a Merk Insight again.

If you find value in our analyses please encourage your friends to sign up for my free newsletter.