Does Your Brand Have a Lasting Story?

Finding, and cultivating, your inner layer 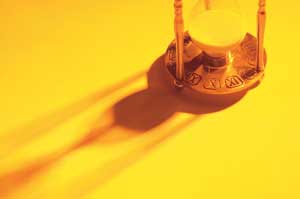 Mr. Signorelli is CEO and founder of ESW/StoryLab Marketing, a leading, Chicago-based advertising agency. He is also a speaker and author of the best-seller, âStoryBranding: Creating Stand-Out Brands Through the Power of Story.â Visit www.jimsignorelli.com for more

By the late 1960s, Xerox had risen to become a highly successful global brand. Having a Xerox machine in the office became a necessity. Now, with a well-established name, they decided to cultivate other ambitions. Xerox wanted to get into computer technology and data processing. The company spent many years and millions of dollars before it finally threw in the towel.

It should come as no surprise that once a brand is stronglyÂ associatedÂ with a certain product, it is difficult, if not impossible to change perceptions. Yet, marketing history is rife with examples of companies expecting their well-established brand names to help them introduce new products. Chiquita had to admit defeat afterÂ trying toÂ convince us that Chiquita stands for more than bananas. Country Time Lemonade was forced to stop trying to sell Country Time Apple Cider. Â  Ponds barely got out of the starting gates with Ponds toothpaste before it quit. There are thousands of stories like these.

But one could argue that Apple is proving to be the exception as it has gone from a brand of computers to a brand of phones, iPads, televisions, and who-knows-whatâºs next. Nike is yet another exception as it has grown from making running shoes to becoming aÂ successful seller ofÂ athletic equipment and apparel. Branson keeps adding to the list of products with which his brand Virgin is helping make successful. How does this happen?

It happens because Apple has never been just aÂ companyÂ selling computers, Nike has never just been about selling running shoes and Virgin can sell just about anything it wants to. Why? Because they aren’t selling brands, they are selling stories.

A brand has one layer,Â a brand story has two.Â Both have outer layers consisting of functional benefits or the results that can be achieved by using a given product. However, the brandÂ storyÂ has an additional inner layer that gives it distance and longevity. Itâºs like the golf ballâºs compacted core that keeps it in the air longer than a tennis ball when hit. The brand storyâºs inner layer is more than just air. Itâºs made up of very real values and beliefs.

It happens because Apple has never been just a company selling computers, Nike has never just been about selling running shoes and Virgin can sell just about anything it wants to. Why? Because they aren't selling brands, they are selling stories.

If your brand is nothing more than an outer layer, no doubt, growth has an expiration date. The good news is that itâºs never too late to find and communicate your brandâºs meaning, perhaps something Xerox should have thought about before trying to sell computers.

That said, there are some challenges that must be met:

Too often, we see advertising tag lines like, Â«excellence is all around you,Â» or Â«where service matters.Â» Â However,Â theÂ best brands donâºt get in their own way with brag and boast statements of self-description. Instead, they communicate their inner layers through mantras like, Â«Think Different,Â» Â«Just Do it,Â»Â or Â«Never Stop Exploring,Â» ideals that resonate with existing beliefs that their audiences share. These are more than just tag lines. They are true theme lines that speak to the significance of their brandsâº stories.
Your brand mustÂ solve problems and provide opportunities.

But if all youâºre doing is telling prospects about what your product does and/or how it does it is better than similar products, you are telling them a story that is all plot with no important theme. To standout asÂ special, your brand must complete the story with the consistent proof of your brandâºs belief system. Every product then becomes a new chapter of a bigger story. Think story, not brand or product and youâll lastÂ longer and go further.