Dodd-Frankâs 4th Birthday: Will the Housing Market Wither or Blossom?

Has it fulfilled its promises? 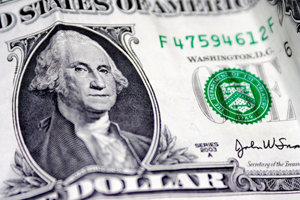 From the inception of the Dodd-Frank Wall Street Reform Act four years ago, U.S. housing finance reform has been one of the legislationâs biggest priorities. Since then, the U.S. financial system has undergone enormous alterations, but has Dodd-Frank fulfilled its promise?

Many believe Dodd-Frankâs stringent rules have actually had a deleterious effect on the housing industry and blame the statute as the primary cause of the anemic U.S. housing recovery. Critics point to the persistently low mortgage application volumes and slow home sales (other than investment purchases by private equity firms and hedge funds of banksâ real-estate-owned inventories).

Other Dodd-Frank critics believe the stringent rules have just kicked into gear and that U.S. housing growth could be suffocated or stay below historical averages for a long time.

Despite all the noise, it is still too early to tell. There is always resistance to change. If the rules get implemented properly, the long-term effects may help build a more transparent, disciplined and robust housing finance and mortgage marketâone that could become the envy of the world once again.

One of the keys to success will be a comprehensive data and information infrastructure to capture underlying collateral characteristics, borrowersâ financial conditions and detailed servicing data. This would allow investors to build their knowledge, intelligence and action plans more readily and with better confidence, ultimately reducing liabilities and costs. While the near-term impact of altering the old ways seems a heavy one, the long-term benefits will outweigh it as both regulators and the industry adapt.

Merger Mania â To Toast or Be Toast?

With equity markets at all-time highs, companies are taking advantage of lofty stock prices to buy the growth that they feel they canât generate organically. However, there are two sides to every trade, and the sellers are taking equal advantage of their current stock prices to squeeze out the most value for shareholders by forcing the acquiring company to pay more.
The U.S. Governmentâs commitment to low interest rates has also contributed to the robust M&A market as companies can borrow as much money as they need cheaply to finance their deals.

While the frenzy shows no sign of letting up, it does appear to be getting a bit frothy. While the activity is giving another leg up to the equity markets, these acquisitions are never easy, and one of the outcomes that will not benefit the economy is the layoffs that are sure to follow. The sexy side of the deal is the jump in the sellerâs stock price and the excitement over the synergies and growth the acquisition will create. The ugly side is the job loss that results from eliminating the overlap that exists between the merging entities.

The markets will toast the M&A boom at first blush, but for many people, pink slips, not pink champagne, will be the outcome of this feeding frenzy.