North of the Border

Do-It-Yourself Investment Accounts On The Rise 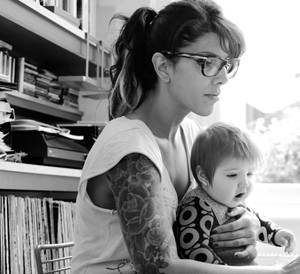 TORONTO, Nov. 25, 2015 /CNW/ – A recent TD survey found that nine in 10 Canadians surveyed who use self-directed investing are happy with their experience, and the number of investors who are managing at least part of their investments directly could double within the next 10 years.

“Many self-directed investors tell us they like the flexibility and control of managing their investment decisions, as opposed to thinking it will get them better returns than working with a financial advisor,” said Calvin MacInnis, President of TD Direct Investing.

“In fact, most self-directed investors say they have either consulted or still consult a financial advisor to help them.”

MacInnis notes that online brokerages need to continue to adapt to client needs. Just over half (54 per cent) of the survey respondents using self-directed investing said there is a lack of information tailored to their specific needs, not enough educational content available on websites, or that websites are too complex and difficult to navigate.

“A growing number of our self-directed clients are looking for a suite of professional-level tools, analytics and resources, which are also intuitive and tailored to their unique needs, to help them stay on top of the markets,” said MacInnis. “That’s something we’re providing with our Advanced Dashboard streaming platform and a newly redesigned WebBrokerÂ®, with a cleaner, more modern look and feel.”

And though we live in an increasingly mobile world, MacInnis notes that Canadians surveyed overwhelmingly prefer to use a desktop or laptop computer for self-directed investing, with just seven per cent primarily using a smartphone. But MacInnis says that’s going to change in the future.

those aged between 18 and 34... are significantly more likely than other age groups to use a smartphone for self-directed investing

About the TD Direct Investing Survey
A survey of 1,750 Canadians (848 men and 902 women) was completed online between September 11 and 21, 2015 using Leger’s online panel, LegerWeb. A probability sample of the same size would yield a margin of error of +/-2.5per cent, 19 times out of 20. The data was weighted by the latest Statistics Canada census to ensure representation of Canada’s population by region, age and gender.