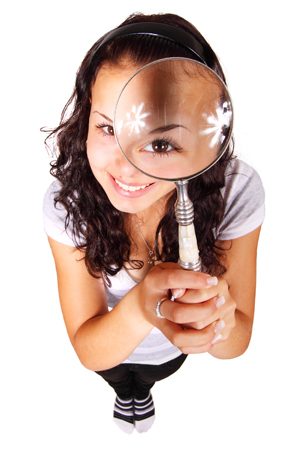 The worldâs record for the largest menu has been held by a restaurant in Budapest, Hungary, since 2006, according to Guinness World Records1.Â  Itâs fitting that the 1,810 menu items can be found in a country named âHungary.â Â With nearly 2,000 entries, it would seem that there is something for almost everyone when it comes to a dining experience, whether itâs goulash, Chicken Paprikash, Langos or the restaurantâs other 1,807 dishes. Itâs similar to how diverse groups of people view retirement.

Research by MassMutual clearly shows that retirement is increasingly becoming a very personalized journey, especially when the views of diverse cultures are taken into account. Itâs an important point for financial advisors who support retirement savings plans to keep in mind, especially when designing educational programs at the workplace, working with plan sponsors on worksite campaigns to promote retirement savings, or guiding clients one-on-one.

The MassMutual State of the American Family (SOAF) study2 highlights differences between diverse communities for retirement planning, including the age that people plan to retire, the length of anticipated retirement, sources of income and other related issues. Diverse consumer groups surveyed were African American, Hispanic, Caucasian and Asian American including Chinese, Korean and Asian Indian.

It seems that most communities go about planning for retirement at approximately the same rate, although there are some outliers. There are bigger differences among diverse groups in expectations for timing, sources of income and confidence.

Approximately half of those who responded to the survey had calculated how much savings they needed to retire, according to the SOAF survey multicultural findings. About a third of respondents actually created a formal plan.
But while there are many similarities between diverse groups, drilling deeper into the findings shows some important differences that are particularly important for financial advisors as they educate retirement plan participants and clients.Â  For instance, 61 percent of Asian Indians calculated how much savings they needed to retire, the most of any group surveyed, while only 35 percent of Asian Indian families created an actual retirement plan. Korean respondents were the least likely to both calculate how much they need to retire (39 percent) as well as to create a clear plan for retirement saving (20 percent), the survey showed.

Nearly half (45 percent) of all respondents plan to retire by age 65 or sooner, according to the survey, with 22 percent intending to retire at age 60 or before. One in four (26 percent) said they were unsure, answering, âI donât know.â
There were outliers on the timing for retirement. Twenty-five percent of African Americans and 26 percent of Chinese respondents plan to retire at age 60 or younger â more than any other groups â and only 10 percent of Koreans said the same, the least of any group. Koreans were more than twice as likely as any group to plan to retire later than age 70 or to say they donât ever expect to fully retire.

Confidence in retirement preparedness is highly relative. One in five survey respondents overall indicated they were âextremely confidentâ in their projected retirement age, with African Americans (30 percent) and Hispanics (24 percent) expressing the most confidence. Koreans (14 percent), Chinese (13 percent) and Asian Indians (12 percent) were the least confident.

Some groups, albeit in the minority, say they never plan to retire. Unfortunately for these folks, never retiring may be unrealistic.Â  Advisors can address this issue by educating them about how unlikely it is to continue working into advanced ages, especially as the prevalence of debilitating health issues increases with age. However, expectations for living longer in retirement are very realistic.

Those findings indicate that financial advisors need to be aware that various multicultural communities look at retirement differently and have varying degrees of readiness and timetables for retirement. Advisors, when working with plan sponsors, should ask questions about the makeup of participants, including diversity as well as gender, age, occupations and other pertinent information.

Who expected to live the longest in retirement? African American and Chinese communities were most likely to plan to retire at earlier ages also had the highest expectations for living longer in retirement.Â  Seventy-five percent of African American and 68 percent of Chinese respondents indicated they expected to live 20 years or more once retired...

Those populations who anticipated early retirement may reflect a greater prevalence of having a guaranteed income in retirement. African Americans, Hispanics and Asian Indian respondents indicated a greater likelihood of having a pension, the survey indicated. Conversely, those people who express a reluctance to retire at any age may be the least financially prepared to do so.

Because some communities anticipate retiring earlier, before age 65, advisors may want to conduct an educational session on performing a âgap analysis.â Help participants analyze their relative retirement readiness by comparing their projected retirement income and expenses. Any âgapâ in retirement income indicates those participants will need to save more, save longer or both.

When speaking with pre-retirees, a highly useful education session may include topics such as 401(k) catch-up contributions, projected expenses for medical and long-term care, or even choosing a place to live. Where retirees choose to put down stakes should be influenced not only by proximity to family and friends but the cost of living, medical and long-term care expenses, taxes and others.

Other basic educational sessions may be helpful as well, including the fundamentals of retirement planning, investing, the power of compound earnings and the benefits of starting to save early.

Plan sponsors can help by not only supporting educational programs but continuously promoting their retirement plan and its benefits.Â  Promotional campaigns should take into account diverse audiences, especially since different groups connect in different ways.Â  It may be helpful to conduct some campaigns in different languages. Information and education often needs to be delivered in a variety of ways, including online via mobile apps, tablets and desktop computers, in person, on the phone and, where appropriate, through the mail.

The deeper you dig into cultural and demographic differences, the more the need to be relevant to different audiences becomes apparent. The old formula of âspraying and prayingâ a single marketing message no longer works in todayâs workplace. It takes a more focused, more personal and targeted approach to connect with a widely diverse workforce whose concerns and interests often diverge.

Increasingly, advisors are creating multiple educational programs about a broader range of financial topics as part of an effort to be more relevant and engage as many different audiences as possible. Retirement and benefits providers often can provide educational materials about different financial topics.Â  Some providers make available specialists who can help educate participants on both retirement and other financial needs.

The makeup of America is changing and so are the financial needs of its workforce. While how we communicate and the languages we speak are becoming increasingly diverse, one thing remains crystal clear: the need for financial literacy, education and guidance are greater than ever before.

Advisors can help by expanding their menu of educational programs at the worksite. While that menu may never rival the world-record-holding Hungarian restaurant for sheer volume, offering more choices may help more people of diverse backgrounds become retirement ready. With any luck, theyâll be able to have their SomlÃ³i Galuska (cake) and eat it too. â

Endnotes
1. Guiness World Records, Record for the Largest Menu, Andras Halasi, Budapest, Hungary,Â http://guinnessworldrecords.com/world-records/largest-menu
2. MassMutual State of the American Family, Multicultural Retirement Fact Sheet,Â https://wwwrs.massmutual.com/retire/pdffolder/rs46739.pdf
Methodology: The State of the American Family survey was conducted for MassMutual by Isobar between Jan. 19 and Feb. 7, 2018 via a 20-minute online questionnaire. The survey comprised 3,235 total interviews with Americans. The vast majority of these interviews (2,730) were conducted with men and women aged 25-64, with household incomes equal to or greater than $50,000 and with dependents under age 26 for whom they are financially responsible. Oversampling was conducted for specific ethnic groups, including African Americans (482), Hispanics (562), Asian Indians (152), Chinese (202) and Koreans (98). Respondents had to contribute at least 40 percent to decisions regarding financial matters in their household to qualify. Results were weighted to the March 2017 Annual Social and Economic Supplement (ASEC) of the Current Population Survey for age, income,Â  gender, ethnicity, region, and weighted to the 2016 American Community Survey Public Use Microdata Sample for same sex married/partnered couples, to be representative of American families in this age and income bracket. The sampling margin of error for the 2018 study is +/- 1.88 percentage points at the 95% confidence level when looking at the results for the 2,730 interviews at a total level.Â  For more information, contact Isobar Marketing Intelligence atÂ https://isobarmarketingintelligence.com/.Â  For more information about the MassMutual State of the American Family Survey, please go toÂ https://www.massmutual.com/cm/family-study.
3. Social Security Administration,Â https://www.ssa.gov/planners/lifeexpectancy.html