Dip In Economic Optimism To Start The New Year 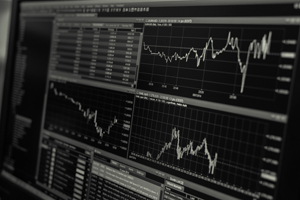 January 10, 2023 10:00 AM Eastern Standard Time–LOS ANGELES–(BUSINESS WIRE)–The IBD/TIPP Economic Optimism Index, a leading national poll on consumer confidence, declined by 1.4% to open the New Year. The index dipped to 42.3 in January, down from its 42.9 reading last month. The index remains in negative territory for the 17th consecutive month. A reading above 50.0 signals optimism and below 50.0 indicates pessimism on IBD/TIPP indexes.

After a slight 0.7% decline in December, the January Presidential Leadership Index climbed 7.2% in January. Its overall reading of 47.8 was up from the previous reading of 44.6. Every index component improved this month, while two components neared a return to positive territory. The Favorability component clocked in at 49.9, up 7.8% from last monthâs reading of 46.3, while the Job Approval component rose 10.1% to 49.1, up from Decemberâs reading of 44.6.

The National Outlook Index increased by 0.7% overall, up from 42.1 to 42.4. Three of Januaryâs index components rose and three fell. Notably, the Quality of Life component inched closer to a return to positive territory with the indexâs highest reading again this month, moving from 49.4 to 49.6.

The Financial Related Stress Index improved for the third consecutive month. The index moved from 65.3 last month to 64.7 this month â a 0.9% change. This is now the lowest level of stress recorded since February 2022 (64.2). On this index, a reading over 50.0 equals more financial stress while a reading below 50.0 indicates consumers feel less stress. The index was last below 50.0 prior to the pandemic in February 2020 (48.1).

âAlthough it was not all good news to kick off 2023, index component declines were relatively minor compared to the wild swings that have become all too normal since the start of the pandemic,â said Ed Carson, IBD’s news editor. âThis suggests perhaps the economy â and peopleâs opinions of it â are beginning to steady.â

The flagship IBD/TIPP Economic Optimism Index has three key components. In January, two of the three declined and one remained unchanged.

âComing off the holiday hangover, weâre seeing a lot of belt-tightening around activities like dining out and travel, as well as an increase in adoption of discounted store brands vs. the bigger national names,â said Raghavan Mayur, president of TechnoMetrica, who directed the poll. âFolks are quite mindful of their finances at the start of the year. But the good news is that unemployment continues to decline, and fewer families are job sensitive.â

Although it was not all good news to kick off 2023, index component declines were relatively minor compared to the wild swings that have become all too normal since the start of the pandemic...

This month, three of 21 demographic groups â such as age, income, race and party preference â that IBD/TIPP tracks were above 50.0, in positive territory, on the Economic Optimism Index, the same as in the prior two months. Thatâs vs. six in October and September, just one in August, three in July and one in June. Eight groups rose vs. 19 in December, nine in November, five in October, all 21 in September, 11 in August, 10 in July and three in June.

For the Six-Month Economic Outlook component, none of the 21 groups that IBD/TIPP tracks scored in optimistic territory, vs. just one in the prior three months, three in September and none in June to August. Optimism over the economyâs six-month outlook rose for nine groups, down from 11 groups in November-December. Thatâs vs. five in October, all 21 in September, 10 in August, 16 in July and five in June.