Study: Women are on a downward trajectory with money matters 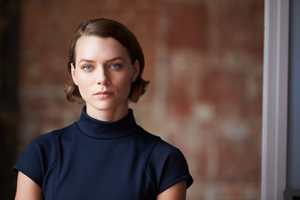 MINNEAPOLIS â June 24, 2019 â While the past few years have put a spotlight on female empowerment, women say they are struggling to make progress with financial confidence and decision making, according to the 2019 Women, Money and Power Study* from Allianz Life Insurance Company of North America (Allianz LifeÂ®).Â In fact, the financial picture for women isnât particularly bright when compared with the findings from the past few years, with women experiencing a steady downward trajectory on a number of key points:

âThese findings were quite surprising because women have come a long way when it comes to our roles in work and family, yet we donât feel prepared financially,â said Aimee Lynn Johnson, vice president of financial planning strategies, Allianz Life. âThis begs the question, at a time when women are accomplishing so much, why arenât they feeling more empowered about their financial future?â

The answer is complicated, but could be partly chalked up to angst around ongoing market volatility.

âWomen might be feeling worried about what they see happening in the markets, since nearly half of women say volatility in the market is making them anxious,â said Johnson. âDespite women doing well in many other areas of their lives, this could be weighing heavily on them and translating to how they feel about their own finances.â

The study also indicated over half (57%) say they wish they were more confident in their financial decision making.

âThere is a lot of discussion on female empowerment and the accomplishments women are making, including the fact that more women are graduating from college than men, and the narrowing of the wage gap over time, just to name a few,â said Johnson. âBut the disconnect between these accomplishments and the lack of financial confidence suggests perhaps those conversations need to refocus on female financial empowerment.â

One bright spot identified by the study was with long-term financial planning. Despite some of the backward steps they are taking in their personal finances, women say they are taking on more responsibility for managing household long-term savings and finances (90% in 2019 versus 86% in 2016).

Some Groups Stand Out

While the majority of women are lacking certainty around finances, specific groups say they are feeling more secure and confident in their financial decision making.Â Millennial women are taking charge and playing a more active role in their finances. They are more likely than other generations to have asked for a promotion or raise at work, and over half say they have more earning power than ever before.

Despite women doing well in many other areas of their lives, this could be weighing heavily on them and translating to how they feel about their own finances...

Additionally, millennial women arenât as fazed by recent market volatility. Nearly half (49%) say they are comfortable with current market conditions, and are ready to invest now (compared with 29% or Gen Xers and 37% of baby boomers).

The Role of the Financial Professional

âWomen need to be empowered in all aspects of their lives, especially when it comes to finances,â said Johnson. âThey can start this process by working to educate themselves more on financial topics and products, by not being afraid to broach the oft-thought taboo topic of money, and seeking out a financial professional who understands some of the unique financial challenges that women face today.â

About Allianz Life Insurance Company of North America
Allianz Life Insurance Company of North America, one of the FORTUNE 100 Best Companies to Work ForÂ® in 2019, has been keeping its promises since 1896 by helping Americans achieve their retirement income and protection goals with a variety of annuity and life insurance products. In 2018, Allianz Life provided $2.8 billion in benefit payments that helped policyholders achieve their financial goals. As a leading provider of fixed index annuities, Allianz Life is part of Allianz SE, a global leader in the financial services industry with over 142,000 employees in more than 80 countries. Allianz Life is a proud sponsor of Allianz Field in St. Paul, Minnesota, home of Major League Soccerâs Minnesota United.