Businesses started by entrepreneurs over 55 have highest survival rates 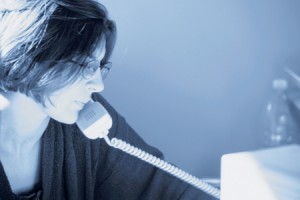 February 07, 2019 —Â WASHINGTON–(BUSINESS WIRE)–Today, the JPMorgan Chase Institute released a new report examining the difference in small business outcomes based on the age and gender of small business owners.

The research, “Gender, Age, and Small Business Financial Outcomes,â reveals that conservative cash management strategies, including the ability to hold larger cash buffers, may play a key role in the survival of businesses owned by women and entrepreneurs older than 55, despite experiencing lower revenues and slower growth than their younger and male counterparts.

âCash management strategies and cash buffers are key to the survival of small businesses, and this new research shows that is true, especially when a business is experiencing lower revenues or slower growth,â said Diana Farrell, President and CEO, JPMorgan Chase Institute. “While women and older entrepreneurs may have lower revenues or slower growth, their conservative approaches to cash management appear to be paying off. Our hope is that this report can better inform policies that allow small businesses owned by women or people of all ages to make more substantial contributions to overall economic growth.”

The report leverages JPMorgan Chaseâs unique transaction-level data to shed light on daily revenues, expenses, and financing flows to focus on the financial outcomes of a cohort of 138,000 firms founded in 2013 to observe their performance in their critical early years.

While women and older entrepreneurs may have lower revenues or slower growth, their conservative approaches to cash management appear to be paying off...

Firms with older founders (55+) have the highest survival rates but are the least likely to have employees. They also have the largest cash buffer, a key factor in firm survival.

The new research follows up on the Instituteâs July 2018 report, “Growth, Vitality, and Cash Flows: High-Frequency Evidence from 1 Million Small Businesses,” a first-of-its-kind insight into the lifecycle of U.S. small businesses, including the factors that lead to growth and failure among different kinds of small businesses. By analyzing the revenues and cash flows of 1.3 million small businesses, the research revealed that although small businesses in the U.S. are often treated as a uniform sector, they are not; they vary in terms of growth, employees, and cash flow management.

About The JPMorgan Chase Institute

The JPMorgan Chase Institute is a global think tank dedicated to delivering data-rich analyses and expert insights for the public good. Its aim is to help decision-makersâpolicymakers, businesses, and nonprofit leadersâappreciate the scale, granularity, diversity, and interconnectedness of the global economic system and use better facts, timely data, and thoughtful analysis to make smarter decisions to advance global prosperity. Drawing on JPMorgan Chase & Co.’s unique proprietary data, expertise, and market access, the Institute develops analyses and insights on the inner workings of the global economy, frames critical problems, and convenes stakeholders and leading thinkers. For more information visit: JPMorganChaseInstitute.com