Subdued since the crisis, new deals and a fat pipeline 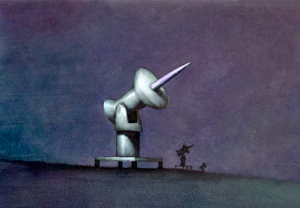 13 MAY 2015, ZURICH — Merger and acquisition (M&A) activity in the insurance industry is rising although the number of deals still remains well below levels seen before the financial crisis, says Swiss Re's latest sigma study M&A in insurance: Start Of A New Wave?

After declining sharply in 2009, overall M&A activity in the insurance sector remained relatively subdued in the ensuing years.

In recent months activity has picked up again, while the pipeline of future deals has also increased: total M&A announcements in the second half of 2014 rose to 359 from 295 in the first half, and this momentum continued into 2015. Survey evidence also indicates that sentiment towards M&A is turning as confidence about the economic outlook gradually improves and market participants look to acquisitions or mergers to boost profitability as well as bolster their balance sheets.

Defensive and strategic deals come to the fore

Key themes in insurance M&A transactions include divestments of closed blocks and run-off operations. Such disposals can be an effective way to achieve an early exit from business in run-off so that capital may be redeployed to new or expanded lines of business.

There has also been more activity in the specialty re/insurers sector as incumbent firms respond to heightened competitive pressures. The emergence of alternative risk-absorbing capacity from hedge funds, investment banks and pension funds has put downward pressure on prices in some property and casualty lines, prompting some specialist re/insurers in Bermuda and Lloyd’s to combine their operations to take on wider and emerging corporate risks and reduce operating costs.

"What's happening, is a squeezing out of the middle-tier specialist re/insurer," says Kurt Karl, Swiss Re's Chief Economist. " Some firms do not have the scale or the breadth of services to differentiate their offering from more commoditised reinsurance capacity. Going forward, we expect to continue to see a certain shakeout in the sector as companies join together in search of revenue and cost synergies."

Beyond the specialty re/insurance sector, there have also been strategic deals to expand expertise, distribution capabilities and geographical reach. There has been a pick up in M&A activity in the emerging markets, particularly Asia Pacific and Latin America, with advanced country insurers continuing to focus on expansion in high growth markets. Increasingly too, emerging market insurers are eyeing acquisitions in advanced markets as a way to diversify geographically and across business lines.

The intermediaries sector has also experienced increased M&A activity. Brokers in the wholesale segment have been actively pursuing expansion overseas in response to growing demand from large corporates wanting to partner with firms with an international footprint. Consolidation in domestic markets has also accelerated, the motivation for agents and brokers being economies of scale and the ability to provide a full range of analytical services to their clients.

Despite the upswing in M&A activity in insurance, the overall number of transactions today remains well below levels prior to the financial crisis. Globally, there were 489 completed deals in 2014 compared with 674 in 2007. Moreover, the increase in activity is not an industry-wide surge, and is unlikely to become one. The still considerable uncertainty about the global macroeconomic and regulatory outlook makes selecting value-enhancing deals challenging, which will restrain firms' appetite for M&As.

What's happening, is a squeezing out of the middle-tier specialist re/insurer

Instead, there will likely be a continuation of recent trends of increased M&A activity in certain segments as firms respond to cyclical and structural changes in the industry. The introduction of regulations such as Solvency II will encourage some insurers to restructure in pursuit of capital efficiencies and/or economies of scale or scope. Similarly, the influx of alternative capital will continue to stimulate deals, especially if financial investors become active sellers as well as buyers. Access to digital distribution technology is another M&A driver that will likely carry increasing weight.

The track record of M&A success in insurance, as in other industries, is mixed. Empirical analysis of share price developments of insurers involved in an M&A over the past decade suggests positive returns for buyers in the long run but there is a wide variation across transactions.

"Those deals that seem to most consistently create value are ones where companies are from the same country and those that combine firms on different parts of the insurance value chain," says Darren Pain, co-author of the report.

The task of mitigating operational and business risks to achieve M&A success ultimately rests with the managers of insurance companies. Reinsurance solutions can help strengthen or relieve pressure on insurers' balance sheets both prior to and after a transaction. In reality, however, reinsurance is underutilised as an M&A capital management tool.

Swiss Re
The Swiss Re Group is a leading wholesale provider of reinsurance, insurance and other insurance-based forms of risk transfer. Dealing direct and working through brokers, its global client base consists of insurance companies, mid-to-large-sized corporations and public sector clients. From standard products to tailor-made coverage across all lines of business, Swiss Re deploys its capital strength, expertise and innovation power to enable the risk-taking upon which enterprise and progress in society depend. Founded in Zurich, Switzerland, in 1863, Swiss Re serves clients through a network of about 70 offices globally and is rated "AA-" by Standard & Poor's, "Aa3" by Moody's and "A+" by A.M. Best. Registered shares in the Swiss Re Group holding company, Swiss Re Ltd, are listed in accordance with the Main Standard on the SIX Swiss Exchange and trade under the symbol SREN. For more information about Swiss Re Group, please visit: www.swissre.com or follow us on Twitter @SwissRe.

How to order this sigma study: The English, German, French, and Spanish versions of the sigma No 3/2015, M&A in insurance: Start of a new wave? are available electronically on Swiss Re's website: www.swissre.com/sigma. Printed editions of sigma No 3/2015 in English, French, German and Spanish are available now. The printed versions in Chinese and Japanese will be available in the near future. Please send your orders, complete with your full postal address, to sigma@swissre.com.