How 'Defense of Marriage' Ruling Impacts the Planning Process 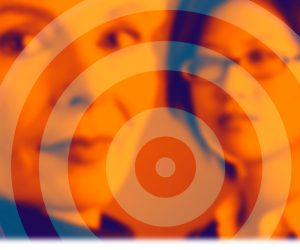 Advocates for lesbian, gay, bi-sexual and transgender couples and modern families are adding another victory to their list, with 36 states, along with Washington D.C., to allow marriage among same-sex couples.

A critical turning point came in October last year, when the Supreme Court chose not to hear appeals against lower court rulings that had overturned same-sex marriage bans in five states. Despite actions such as Indiana’s recent Religious Freedom Restoration Act, which would allow businesses in the state to refuse service to the LGBT community, the tide has been swift and overwhelmingly in favor of gay rights.

“I’ll always remember June 26, 2013 — the day that the Defense of Marriage Act was ruled unconstitutional by the United States Supreme Court, effectively breaking down the major door standing between LGBT couples and marriage equality,” says financial professional Holly Hanson, founder and principal of Harmony Financial Strategies, www.harmony-financial.com, a firm that, in part, focuses on the needs of the LGBT community.

“As a member of the LGBT community, the day is etched forever in my mind. Naturally, a lingering suspicion remains in the back of our minds, ‘Is it too good to be true?’ And, despite the positive direction the country is taking toward same-sex couples, there remain many practical concerns regarding laws and finances.”

Hanson, author of “The LGBT and Modern Family Money Manual,” touches on benefits that have become available recently to millions of Americans.

About Holly Hanson, CFP®, CIMA®, ADPA® Holly Hanson is founder and principal of Harmony Financial Strategies, www.harmony-financial.com, a recent vision which came to her after 16 years of experience in the financial advisory business and having attained the designations of CERTIFIED FINANCIAL PLANNER™, Certified Investment Management Analyst and Accredited Domestic Partner Advisor. She oversees the entire Harmony operation, mentoring and guiding the advisors to provide a unique combination of knowledge, dedication and service to LGBT individuals, same-sex couples and modern families.

With the fall of DOMA and the repeal of Proposition 8 in California, Holly and her partner Sophie were married in 2013, and hope to eventually add children to their family of four dogs. Holly and Sophie are active supporters of the Los Angeles LGBT Center and the Human Rights Campaign. Securities offered through LPL Financial, member FINRA/SPIC. This information is not intended to be a substitute for specific individualized tax or legal advice. We suggest that you discuss your specific situation with a qualified tax or legal advisor.