Defense of Marriage and the Road to Uniformity 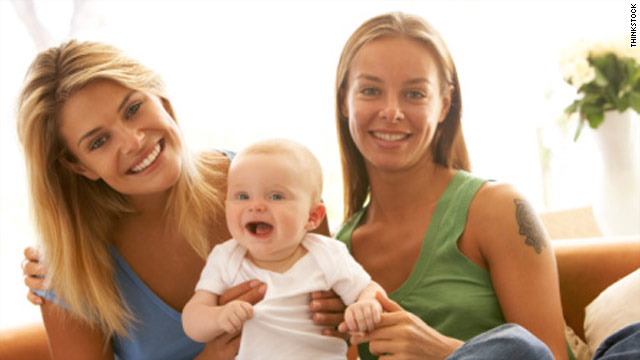 Mr. Sebra is a Registered Representative offering securities through NYLIFE Securities LLC, Member FINRA/SIPC. His practice focuses on Retirement, Estate, and Business Succession Planning utilizing his 35+ years as an IT consultant to bring a rational numbers driven approach to his planning. Connect with Paul by e-mail:Â  [email protected]
Mr. Squillace, Esq. has over 26 years of experience practicing law and is the founder and principal of Squillace & Associates, P.C., a boutique estate planning firm in Boston, Massachusetts. He recently authored âWhether to Wed: A Legal and Tax Guide for Gay and Lesbian Couples.âÂ  Connect with Scott by e-mail: [email protected]

The Supreme Court decision last summer concerning same-sex marriage in the Defense of Marriage Act has introduced a number of new considerations for advisors assisting same-sex couples. In effect, the decision expanded the impact of over 1,100 Federal statutory provisions dealing with married couples.

This presents a huge challenge for advisors who want to help their clients navigate this newly defined terrain. For same-sex couples, all financial, retirement, and estate planning currently in place may need to be reviewed and most likely modified.Â  This will also impact the planning process for those contemplating marriage. The decision tree has many new branches.

Prior to the Windsor decision, a great deal of the planning that was in place for same-sex couples was an attempt to duplicate some of the provisions that were the default for opposite sex married couples.
For example, same-sex couples may have had Life Insurance in place to provide for survivors benefits similar to the âtypicalâ SSA Survivor benefit. In January 2013 the SSA paid benefits to over 4.25 million non-child survivors approximately $1,200 per month. The biological and adopted children of same-sex couples would have been eligible for benefits, but not spousal survivors. How many will be added to this pool is anyoneâs guess, but that benefit will now be available to them if they live in a state that recognizes their marriage (currently, 13 states and the District of Columbia) and this must be taken into consideration by the advisor.

The Federal arena seems to be moving towards a uniform set of rules for all married couples, with recent rulings by the IRS and the Department of Labor setting paperwork processing guidelines and defining the details in each area. However things at the State level may not be so straight forward. There will be court challenges and rulings that Advisors will have to monitor and assess for impact on their clients.

Advisors must be alert to the fact that Civil Unions and Domestic Partnerships are not considered marriages by the Federal government. However, some States have, or are considering, migrating Civil Unions to marriages. For example, in New Hampshire same sex marriage became legal in 2010 and Civil Unions that were still in effect became marriages in 2011.

While the focus on these rulings is that they are generally good news because they eliminate an area of discrimination, there may be cases where a Civil Union was more to the liking of the same-sex couple. They may have preferred that particular level of commitment that still retained a certain degree of separation.Â  The Advisor must be conscious of all the nuances of the impact of these rulings on the client and conduct thorough interviews to establish the unique set of goals that every couple will have and be ready to craft a new plan to help them achieve those goals.

While the Federal rules should be settled into place in short order with a minimum push back, the same cannot be said for things at the State level. One could expect the questions of portability, local lawsuits, etc to cause a dynamic environment at the State level for some time.

The Power of Teamwork

How is a Life/Health Advisor to deal with this complexity? The answer is TEAMWORK

Consider a typical Advisor, one with a Life/Health License who is also a Registered Representative with a 6 and63, pretty average qualifications. This Advisor is talking with Prospects and Clients on a daily basis conducting interviews, fact finding, building financial/insurance plans, and explaining the usual trade-offs for folks.

While this Advisor must be aware of the tax and legal issues that may impact his client in these areas, they do NOT have the proper licensing to offer planning services in these areas. This Advisor MUST get a tax professional (CPA, LLM) and an Attorney involved for the more sophisticated planning.
Conversely the Life/health Advisor who does top quality work and has access to a wide array of sophisticated products from top-rated companies can be called in by the Tax and Legal Advisors to be an integral part of the solution for the client.

While the Windsor decision held that same-sex lawfully married couples are now entitled to the same federal rights and benefits as opposite-sex couples, the actual implementation of these rights has proved challenging. We are still awaiting decisions by some federal agencies as to how they will amend their current policies to account for this change in law. Furthermore, important updates from agencies such as the IRS and DOL have proved that, while great strides have been made towards equality, there are many new issues for same-sex couples who are considering âwhether to wedâ.

Advisors must be alert to the fact that Civil Unions and Domestic Partnerships are not considered marriages by the Federal government. However, some States have, or are considering, migrating Civil Unions to marriages. For example, in New Hampshire same sex marriage became legal in 2010 and Civil Unions that were still in effect became marriages in 2011

For example, the IRS recently issued Revenue Ruling 2013-17, which declares that federal rights and benefits for tax matters are available to same sex married couples according to their âplace of celebrationâ.Â  This means that, as long as a same-sex couple is married in a jurisdiction that allows same-sex marriage, they will be allowed to file as a married couple no matter where in the country they permanently reside.Â  So, for the 2013 tax year, all legally married same-sex couples will be required to file their returns together as either âmarried filing jointlyâ or âmarried filing separatelyâ.

Several important issues that arise from this decision include:

These are just a few of the most common issues that arise from the IRS Ruling raise issues that must be reconciled before married a same-sex couple can file their return.Â  Therefore, it is of utmost importance that these couples consult with their financial advisors to ârun the numbersâ to determine how to best reduce and/or eliminate their tax burden.Â  If the estate is substantial, same-sex couples may want to consider some sophisticated estate planning to protect their assets.Â  In this case, close communication and teamwork with an estate planning attorney who is knowledgeable of the legal issues surrounding same-sex couples is absolutely essential.Â  Furthermore, if the couple has executed estate planning documents in the past, it may be necessary to amend or update them, because some tax strategies have changed.

A whole host of other rights and benefits accompany the Windsor decision.Â Â  Notably, the DOL recently issued Technical Release 2013-04, extending benefits to spousal retirement plans under ERISA to same-sex couples based on their âplace of celebrationâ.Â  Now, a same-sex spouse will be automatically entitled to their spouseâs death benefits, and will need to complete a waiver form if their spouse intends for these benefits to pass to another.Â  Military and veterans benefits and immigration status also favor âplace of celebrationâ for same-sex married couples, but Medicaid and Social Security are only available to same-sex spouses who live in a âRecognition Stateâ when they apply for the benefits.

The bottom line is that, although same-sex couples now have greater ease in managing their lives and finances in the wake of the Windsor decision, in some cases the issues have only become more complicated.

It is also important to remember that while same-sex couples are now entitled to the same federal benefits as opposite-sex couples, most of the country still does not recognize same-sex marriage.Â  The patchwork effect of same-sex marriage legality throughout the country means that same-sex couples in âNon-Recognitionâ states (today, 37 states) have a variety of other issues and decisions to make in their contemplation of âwhether to wedâ.Â  Furthermore, the law here changes frequently!Â  So, keeping abreast of the current law, rising cases and appeals, and evaluation of the risks and benefits of marriage, as well as consultation with other professional advisors, is critical for developing an informed plan and making financially responsible decisions.

In summary, the Advisor must keep current with a very dynamic environment over the next few years. They must be aware of planning issues and techniques, but must coordinate with other team members to remain compliant and provide the highest level of service possible. Neither New York Life Insurance Company nor its agents provide tax or legal advice. Please consult your own tax or legal adviser before making a decision.