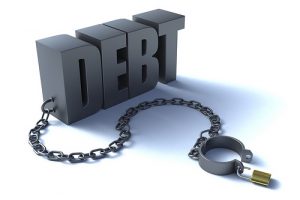 The nationwide survey of 1,000 workers with access to a 401(k) plan â half of whom are actively contributing to it (âsaversâ) and half of whom are not (ânon-saversâ) â reveals that non-savers are increasingly challenged by day-to-day financial stresses, compounded especially by credit card debt.

Regardless of whether survey participants are actively contributing to a 401(k), the majority identify it as a primary source of retirement savings. In fact, 60 percent of savers and 53 percent of non-savers who have at one time contributed to a 401(k) say their 401(k) is their largest or only source of retirement savings, even though the latter group is not currently contributing. Furthermore, a quarter of non-savers say they are not saving or investing for retirement at all right now.

Saving ‘In The Present’

âIn comparing individuals now saving in their 401(k) plans and those who arenât, we uncovered some common challenges but also a number of striking differences in the way each group thinks about their overall financial picture,â said Steve Anderson, president, Schwab Retirement Plan Services, Inc. âWhatâs important for everyone to remember is that â no matter how far away retirement may seem â the more you can prepare for it in the present, the better off youâll be at the end of your career.â

Workers in the survey identified a number of sources of financial stress, with non-savers naming present-day challenges in far greater numbers than their saving peers.

When asked about their primary obstacles to saving for retirement, non-savers focused on immediate concerns including: needing to pay basic monthly bills (46%), paying off credit card debt (42%), covering unexpected expenses like home repairs (34%), and paying medical bills (33%). Savers have similar concerns, but generally in smaller numbers: unexpected expenses (36%), monthly bills (31%), being unwilling to sacrifice things that add to their quality of life (29%), and credit card debt (29%) top their list.

In hindsight, non-savers recognize the impact that debt is having on their ability to save. When asked to select the one thing they would change about the way they managed their finances in the past, 26 percent of non-savers say they would have accumulated less debt, compared to just 13 percent of savers.

Ready or Not? Gaps in Retirement Preparedness Evident

The survey reveals a substantial gap in the way 401(k)-savers and non-savers perceive their overall financial health. Eighty-five percent of savers say they are in pretty good shape or very good shape financially, compared to 64 percent of non-savers.

A closer look at savers reveals they are taking positive steps with their 401(k) plans, with 66 percent saying they have increased their contribution percentage in the past two years and 62 percent saying they believe they are saving enough to retire when they want to.

Outside of 401(k) plans, savings accounts and IRAs are the most common methods of saving for retirement.

âAmericans have many legitimate and immediate financial concerns preventing them from setting aside funds for retirement. The good news is that both 401(k)-savers and non-savers understand they are responsible for their own retirement, and some may just need a little guidance to help them take steps in the right direction,â Anderson continued. âIn many cases, their employers stand ready to help, often through workplace financial wellness programs, with resources and tools that enable them to formulate strategies to meet their current obligations while still keeping an eye on the future.â

Closing the Gap with Financial Wellness and Advice

When asked to select the one thing they would change about the way they managed their finances in the past, 26 percent of non-savers say they would have accumulated less debt,

However, when asked if they think their current financial situation warrants professional financial advice, 40 percent of savers and 44 percent of non-savers say no. This is true even though both groups say their investment confidence would grow dramatically with the help of a financial professional.

This online survey of U.S. workers eligible for a workplace 401(k) plan, half of whom are actively saving in it and half of whom are not, was conducted by Koski Research for Schwab Retirement Plan Services, Inc. Koski Research is neither affiliated with, nor employed by, Schwab Retirement Plan Services, Inc. The survey is based on 1,000 interviews and has a 3 percent margin of error at the 95 percent confidence level. Survey respondents worked for companies with at least 25 employees and were 25-70 years old. Survey respondents were not asked to indicate whether they had 401(k) accounts with Schwab Retirement Plan Services, Inc. All data is self-reported by study participants and is not verified or validated. Respondents participated in the study between June 2 and June 18, 2017. Detailed results can be found here.

Financial tools and resources are available at www.schwabmoneywise.com.