The True Value of Dad

Insure.comâs annual survey finds Dad would earn a âsalaryâ of $24,738 for the jobs he does around the house:
But Dad says he doesnât want anythingâ¦ except maybe some time to relax 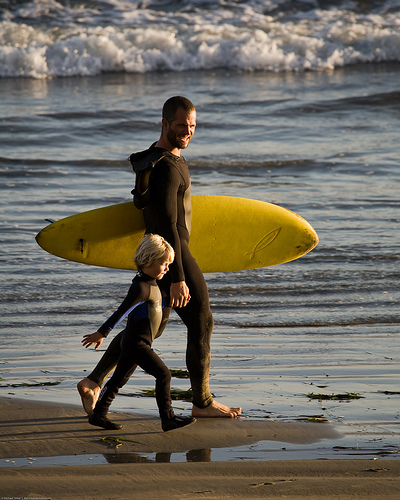 Every Fatherâs Day, Insure.com uses the latest Bureau of Labor Statistics data to calculate the monetary value of 13 household tasks that are commonly asked of dads, giving him a âsalaryâ for all that he does.

But how common is it that moms are doing more than 2.5 times the amount of work at home?

All these hours spent doing various work add up fast, but thereâs only so many hours in a week. Not an easy task, considering the average U.S. worker works a 47-hour work week, runs off an average of 6.8 hours of sleep a night, and is stressing about how to pay for college and save for retirement.

That also means that the average mom has to do some serious multitasking in order to make up a 79-hour deficit. Thereâs just not enough hours in the week to fit it all in. Itâs no wonder parents are always exhausted.Read the full article at Fatherâs Day Index 2016.

The following jobs cost dads the most in âpayâ this year:

In a survey of 500 dads and 500 moms, Insure.com found that 26 percent of fathers donât think they should receive a salary for being a dad, and 18 percent of moms agreed with them.

Consumer analyst for Insure.com, Penny Gusner says, âA sizeable amount of surveyed dads seem to say they donât need to be paid, which is good since spouses and kids arenât pulling out their checkbooks any time soon. But Fatherâs Day is a great time to show a little extra appreciation.â

What Dad really wants is some R&R

Each year, Insure.com calculates the value of dad in order to shine a light on what really matters most. For anyone who has a family that depends on them, a life insurance policy is an important piece of protecting your family, should the worst happen. Giving your family the peace of mind of knowing they will be financially supported at a time of loss is one of the most important gifts of all.

âYou donât have to start life insurance talks on Fatherâs Day, but it is a good time to reflect on all that dad does around the house and how he provides for the family,â says Gusner. âTake that knowledge and make sure that your family is protected with a life insurance policy for both dad and mom.â

âDadâs valueâ is based on occupational wages from the Bureau of Labor Statistics and does not include a salary from work outside the home. It is calculated using a list of common household tasks that fathers often perform.

For the data on Fatherâs Day gifts, Insure.com commissioned a survey of 1,000 men and woman age 25 or older who have children ages 6-20. The survey, conducted by Op4g, was fielded in March 2016.

Insure.com provides a comprehensive array of information on life insurance, home insurance, health insurance and auto insurance. The site offers an extensive library of originally authored insurance articles and decision-making tools that are not available from any other single source, including its life insurance estimator. Insure.com is owned and operated by QuinStreet, Inc. (NASDAQ: QNST), one of the largest Internet marketing and media companies in the world.