Cyber Warfare Risk: What Are The Investment Impacts?

How the Sony threat might seep into our financial security systems 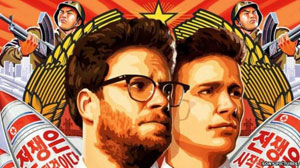 The devastating cyber-attack against Sony and its allegedly state-sponsored origins raises several key questions with respect to the security risk for the global financial system. For example:

U.S. intelligence agencies as well as major companies are gradually waking up to the critical nature of cyber security to systemic financial stability. Indeed, the financial services industry has already recognized it can no longer work in isolation, marked by the formation of a member-owned non-profit entity, the Financial Services Information Sharing & Analysis Center (FS-ISAC), to provide resources for cyber and physical threat intelligence analysis and to share information about hackings.

The U.S. government has not yet developed a unified approach to help companies coordinate a response to an attack and share information. Complications and lack of coordination in the Sony case made that obvious. As a result, the government is expected to sharpen its focus on this.

The U.S. government has not yet developed a unified approach to help companies coordinate a response to an attack and share information

Companies and government agencies will be investing large sums of money on innovative encryption and firewall solutions to make data, Internet and payment systems safer. Cyber war games have already been created as a way to test a companyâs response to cyber incidents. The net effect will be positive for investments in the cyber security industry, but may also lower the overall profitability and productivity of the economy in aggregate.

Financial advisers have already been warming to real assets as stock market volatility has picked up and demand for a long stream of cash flows by pension funds has increased. With increasing incidents of cyber-attacks, the trend is expected to continue.

There will naturally be a slew of litigations in high-profile data breaches and operation interruptions. These will include claims by employees, customers, suppliers and shareholders. Shareholders can sue if a breach affects share values and future financial streams.

Deja Vu all over again: Greece’s dance with the Eurozone

The euro hit a nine-year low as the stability of the eurozone, and the risk that Greece will exit the 19-nation currency block, is once again taking center stage in the region. Greece will be holding a general election later this month and Syriza, the anti-austerity party, is leading in the polls. The Syriza party, led by Alexis Tsipras, has pledged to renegotiate the bailout deal. The German government responded by saying that it expects Greece to fulfill its contractual obligations to the troika that is comprised of the European Union, International Monetary Fund and the European Central Bank. The troika committed 240 billion euros to Greece in exchange for budget and economic reforms.

The past six years certainly cannot be characterized as a period of robust growth for the eurozone, but an exit of Greece and the contagion likely to follow has been a risk thatâs largely been off the table. Germany contends that the euro is strong enough to withstand an exit by Greece, but thatâs a scenario none of the members want to see tested.

The prospect of Greece leaving the eurozone back in 2011 and 2012 resulted in bailouts in Ireland, Spain, Portugal and Cyprus. Several of these countries are struggling to overhaul their economies and losing a member of the EU would be a major step backwards.

Political banter and scare tactics within Greece and across borders will dominate the headlines between now and the election on January 25. The likelihood of a Greek exit remains low, but the damage to the region would be significant.

If you were looking for a reason to be more bearish on the eurozone, a victory by the Syriza party may have just delivered it for you.