Credit Markets: At Risk of Blowing Up?

Fixed-Income managers are out looking for yield wherever they can 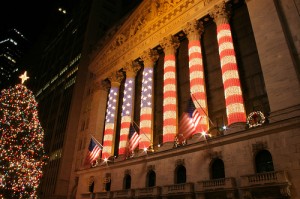 “While at the first glance, investors’ appetite chasing yield appears to be insatiable and irrational, it can be rationalized,” says Ron D’Vari, CEO and Co-Founder of NewOak.

“Last week’s successful Paraguay’s bond sale, a first time issuer in the global markets, is a good indication that fixed-income managers are out looking for yield anywhere they can. Paraguay’s dollar-denominated 10-year bond priced at a yield inside 290 basis point over 10-year US Treasury bonds. The investors are not getting much of a premium for the risk they are taking in a small country that faces political instability with over one-third of its population in poverty.”

“The risk premia for high-yield corporate bonds (i.e. spread over treasury) are at the lowest in five years, with the absolute yields at a historical low ever since the junk bonds were created in 1970s.”

“Given where we are in the economic cycle, the credit markets may not be all that irrational and could even be better justified than the pre-crisis tight spreads. Factors contributing to the very slim credit premia are: 1) unprecedented policy easing by central banks around the globe, 2) low inflation, 3) low defaults, 4) moderate growth, and 5) lack of many alternatives to invest cash. Corporate default rates are low and are expected to stay low due to the healthy cash positions of corporations with low inflation expectations. Moderate global growth combined with low inflation creates a stable environment for both human, supply chain, and commodity resources. These factors lead to ideally low volatility financial conditions for corporations.”

Much has been made of Main Streetâs lack of participation in the rally now entering its 5th year. The S&P is up 119% since the bull market began on March 9th, 2009, but many retail investors have pulled their money from equities and instead chosen to invest in the perceived safety of bonds.

“The overwhelming demand by a global system flush with cash desperate to be invested in fixed-income assets with any yield combined with relatively low volatility rationalize collapsing credit spreads. While high-yield bonds may not be about to blow up anytime soon, they leave very little room for any mistake. Also the same thing can be said about global equities as well.”

“Lipper reported that stock funds, including mutual funds and ETFs, had inflows of more than $18 billion for the week ending on January 9th,â says James Frischling, President and Co-Founder at NewOak. âThis is the fourth largest weekly inflow since Lipper began tracking such data in January 1992.â

âMuch has been made of Main Streetâs lack of participation in the rally now entering its 5th year. The S&P is up 119% since the bull market began on March 9th, 2009, but many retail investors have pulled their money from equities and instead chosen to invest in the perceived safety of bonds. In the 5 years ended in 2012, US stock mutual funds have seen over $550 billion of outflows, while bond funds had $1 trillion of inflows.â

âInvestors have been unwilling to forgive the equity markets for the dramatic plunge that was brought on by the financial crisis. Some of the fear of re-entering the market can also be attributed to the memory of the crash in 2000 that was brought on by the bursting of the technology bubble. The combination of these two brutal market routs has left a long-lasting and bitter taste in the mouths of investors.â

âAnother reasons investors have been suspect of the bullish market is the question of how much of the run belongs to the actions of the Federal Reserve and European Central Bank. The commitment to low-interest rate policy and various forms of stimulus injected into the market have certainly helped to push these markets higher.â

âHowever, with so much money still on the sidelines and with PE ratios indicting an equity market that isnât overvalued by historical measures, money flows from Main Street may be what drives this market higher.â