The New Demographics Of Planning 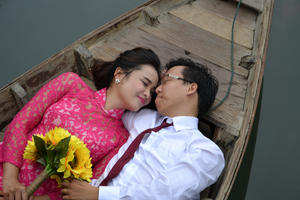 Mr. Lee is head of MassMutualâs Diverse Markets unit, which helps the firm and its financial advisors better understand the needs of different markets based on ethnicity, economic, cultural and other factors. Visit www.massmutual.com

Ten years ago the stock market crashed, wiping out approximately $2 trillion of retirement savings, according to the Congressional Budget Office1. It was a frightening time for many investors, especially for those who were within five years of retirement and had maintained a high percentage of equity exposure.

While many investors with longer time horizons recovered their savings, especially after a 10-year bull market, those who anticipated retiring sooner saw their plans disrupted or postponed, or simply learned to live with less. Despite the hard lessons of the âGreat Recession,â many of todayâs retirees may still be taking too much risk by failing to reallocate their investments to preserve more of their capital as they approach retirement; others simply misunderstand the risks they are taking with their savings.

More so than most, Asian Americans seem to have learned these lessons as a recent study from MassMutual finds they are more concerned than other retirees and pre-retirees about making missteps with their retirement savings in the years just before and just after retirement. For instance, Asian Americans worry more than other Americans about taking too much risk (69 percent vs. 44 percent) or making a poor investment decision (67 percent vs. 54 percent) within 15 years before or after retirement, according to theÂ MassMutual Asian American Retirement Risk Study2. Asian American pre-retirees (75 percent) are especially concerned about taking too much investment risk, the study shows.

The cautiousness expressed by Asian Americans regarding risk seems to be reflected in their investment outlook and expectations.Â  Again, more so than others, Asian American retirees and pre-retirees believe workers approaching retirement should reduce their investments in equities (64 percent vs. 53 percent). Moreover, based on the study, Asian Americans are more likely to have more conservative investment goals, aiming for their assets to âmatch the marketâ (43 percent vs. 32 percent) rather than outperform the market (55 percent vs. 65 percent). Itâs an approach that many financial advisors recommend for clients who are approaching or entering retirement.

Yet, the study uncovered some real disconnects between how respondents said they preferred to invest their retirement savings and how they actually did invest. Despite their proclivity towards conservatism, Asian Americans shared essentially the same risk tolerance and the same asset-allocation strategy as other Americans at this stage in life. It seems that some Asian Americans believe their investments are buckled up for safety when in reality they are speeding along without a crash helmet.

Perhaps compounding the misconceptions about investment risk is a bias on the part of Asian Americans to take a more âhands onâ approach with their investments. They have a stronger preference to be heavily involved in managing their finances and investments, particularly retirees. Compared to the general population, for instance, Asian American retirees are more likely to enjoy managing their own money (80 percent vs. 59 percent).Â  Meanwhile, a majority of the general population of retirees and pre-retirees (65 percent) prefers to delegate financial decisions to one or more financial professionals.

No other ethnic group studied by MassMutual in the past is as focused on personal financial goals as Asian Americans or as driven to attain financial security. Whether the goal is retiring in comfort, planning for long-term care needs or saving for childrenâs education, Asian Americans seem to be goal-oriented achievers who tend not to get distracted.

For instance, Asian Americans are considerably less likely than other Americans to engage in behaviors that reduce retirement savings such as making withdrawals, taking hardship loans or suspending contributions, according to the study. While one in four American retirees and pre-retirees (25 percent) report engaging in those behaviors, Asian American respondents are half as likely (11 percent) to say the same.

Moreover, Asian Americans typically have a higher ratio of savings to debt than other Americans, which can lead to greater feelings of financial security. It can also lead to complacency, convincing some that they may not need as much help with their investments as others.

It could be one reason why MassMutualâs findings show there is room for Asian Americans to obtain more education about investing. Thatâs where financial advisors come into the picture.

While Asian American retirees are about half as likely to work with a financial advisor as compared to the general population, the study shows, Asian pre-retirees are considerably more likely to be open to doing so. It may be a big opportunity for advisors who take the right approach.

Compared to most Americans, Asian Americans tend to accumulate high levels of savings. Yet many still worry about whether they are doing enough for retirement. Their focus often leads them to conduct their own research about financial options and make decisions based on their own knowledge and learning. However, many could benefit from professional guidance, especially when it comes to helping them better match their risk tolerance with their retirement investment allocation. Doing so will help them feel more secure about mitigating the risk of losing savings before or just into retirement.
One hurdle for retirement planning discovered through the research is the length of retirement. Fewer Asian Americans are confident about projecting how many years they will spend in retirement and therefore are not planning to meet those needs, the study shows. More than half of Asian Americans (53 percent) are uncertain about the length of their retirement compared to a little over one-third of Americans overall (36 percent).

the study uncovered some real disconnects between how respondents said they preferred to invest their retirement savings and how they actually did invest. Despite their proclivity towards conservatism, Asian Americans shared essentially the same risk tolerance and the same asset-allocation strategy as other Americans at this stage in life

Advisors may be especially helpful by performing a gap analysis. Start by discussing actuarial projections on life expectancy, then matching up sources of income with anticipated expenses to give clients a stronger appreciation of how many assets they will need to live throughout retirement. Those who are concerned about outliving their income may be candidates for annuities, the only product available that can ensure a retireesâ income will last as long as he or she does.
As the baby boom generation continues to march into retirement, there has been a greater focus on claiming Social Security at a certain time to optimize retirement benefits for individual situations. Fewer Asian American retirees (63 percent) are confident they know how to claim Social Security at the right time to maximize its benefits compared to American retirees overall (75 percent), according to the study. A primer on Social Security, spousal claiming options, how benefits increase and other information can be especially helpful.

Asian Americans who do rely on a financial advisor are more likely to have been advised to change their investment risk than other retirees and pre-retirees, the study shows. Nearly nine out of 10 Asian Americans (85 percent) said that their advisor recommended investing more or somewhat more conservatively.

Educating clients about market risk and how different asset allocations strategies respond to different market scenarios may help as well. A stochastic or Monte Carlo simulation of how a clientâs investment portfolio reacts to different market conditions may help him or her better understand the risk dynamics.

Comparing the probability of success of attaining a goal â in this case retiring comfortably â using different asset allocation scenarios over relatively short time frames may help clients better understand whether they are building a moat around their savings or rolling the dice. A client who favors preservation over growth is likely to be persuaded by data that shows they may be taking more risk than they realize.

When talking to retirement plan sponsors, some promote target date funds (TDFs) or managed accounts as a potentially simple and easy way for retirement savers to not only achieve their goals but to manage their investment risk. Automatically shifting assets to more conservative investments as investors approach or live in retirement may help ameliorate risks from volatile markets.

MassMutualâs research shows that many Asian Americans indicated that target date funds might be beneficial, especially if the investor lacked the discipline or time to adjust his or her investments. Sixty-eight percent of pre-retirees and 44 percent of retirees agreed that TDFs would help, according to the study.

TDFs managers are increasingly focusing on the risks just before and into retirement, introducing families of funds that dynamically manage asset allocations so that they adhere more closely to investorsâ risk tolerance and evolving market conditions. While not all Asian Americans find TDFs attractive, many may be open to learning more about how they can help them achieve their long-term financial security goals.

A Study Of Risk

MassMutualâs internet-based study was conducted by Greenwald & Associates and polled 801 retirees who have been retired for no more than 15 years and 804 pre-retirees within 15 years of retirement. Pre-retirees were required to have household incomes of at least $40,000 and retired respondents had at least $100,000 in investable assets and participated in making household financial decisions. The survey included an oversample of Asian Americans for a total of 199 Asian Americans surveyed.Â  Asian American is defined in this research as Chinese, Asian Indian and Korean. The research was conducted January 2018.

The study shows that risk should be a critical consideration for all clients but especially Asian Americans.Â The days of corporate retirement benefits such as defined benefit pensions and retiree health benefits are dwindling and demographic trends are putting more pressure on government retiree programs. It adds up to todayâs pre-retirees having to shoulder more of the burden of retirement themselves.