COVID-19 Poses Unprecedented Threat to Retirement Security of US Workers 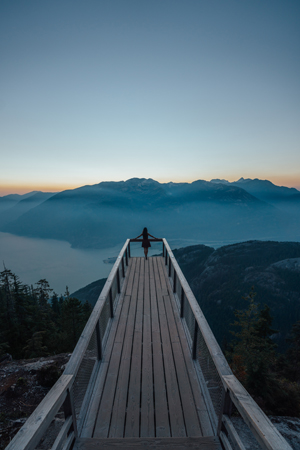 LOS ANGELES â May 19, 2020 â Twenty-three percent of workers who are employed or recently unemployed say their confidence in their ability to retire comfortably has declined in light of the coronavirus pandemic, according to Retirement Security Amid COVID-19: The Outlook of Three Generations, a new study released today by nonprofit Transamerica Center for Retirement StudiesÂ® (TCRS).

âWorkers across generations are at risk of not achieving a financially secure retirement â an issue of major concern long before the coronavirus pandemic,â said Catherine Collinson, CEO and president of Transamerica InstituteÂ® and TCRS. âNow, the negative economic effects of the pandemic are further threatening retirement savings and security.â

As part of TCRSâ 20th Annual Retirement Survey of Workers, one of the largest and longest running surveys of its kind, the new study examines the retirement outlook of Millennials, Generation X, and Baby Boomers. It is based on a survey conducted in late 2019 and offers comparisons with a supplemental survey conducted in April 2020, after several states issued stay-at-home orders and large segments of the U.S. economy had temporarily closed due to the pandemic.

âThe long-term implications of the coronavirus pandemic and recession on retirement security have yet to be fully realized,â Collinson said. âHowever, the financial vulnerabilities among workers across all generations are becoming clear.â As of April 2020, the survey finds

From Bad To Worse

âThe pandemicâs economic fallout should not be underestimated,â Collinson said. âFor some workers, the current recession may be a major setback and for others it could be a knock-out blow.â Retirement Risks: A Look at Three Generations âBefore the pandemic, millions of U.S. workers were already financially fragile, still recovering from the Great Recession and confronting soaring health care, education, and housing costs,â Collinson said. As of late 2019, the survey finds:

For some workers, the current recession may be a major setback and for others it could be a knock-out blow...

âAlthough our research paints a sobering picture, it also surfaces some opportunities that can help mitigate the negative economic effects of the pandemic and improve retirement prospects,â Collinson said. Some specific, actionable examples include:

âWorkersâ ability to achieve a secure retirement highly depends on a robust employment market, the availability of retirement, health, and welfare benefits, the preservation of safety nets such as Social Security and Medicare,â Collinson said. âEven amid the pandemic and current hardships, we are presented with an opportunity to come together to reimagine our world â including how we live, work, retire, and age with dignity.â

Retirement Security Amid COVID-19: The Outlook of Three Generations provides detailed findings and comparisons by generation. Visit TCRS at www.transamericacenter.org to view the survey report and other research reports and materials. Follow TCRS on Twitter @TCRStudies.

About Transamerica Center for Retirement Studies Transamerica Center for Retirement StudiesÂ® (TCRS) is a division of Transamerica InstituteÂ®, a nonprofit, private foundation. Transamerica Institute is funded by contributions from Transamerica Life Insurance Company and its affiliates and may receive funds from unaffiliated third parties. TCRS and its representatives cannot give ERISA, tax, investment, or legal advice. This material is provided for informational purposes only and should not be construed as ERISA, tax, investment, or legal advice. For more information, visit www.transamericacenter.org and follow TCRS on Twitter at @TCRStudies.

About the 20th Annual Transamerica Retirement Survey of Workers and April 2020 Supplemental Survey The analysis contained in Retirement Security Amid COVID-19: The Outlook of Three Generations was prepared internally by the research team at TCRS based on results from the 20th Annual Transamerica Retirement Survey and a supplement survey conducted in April 2020. The 20th Annual Transamerica Retirement Survey of Workers was conducted online within the U.S. by The Harris Poll on behalf of TCRS from November 6 to December 27, 2019 among a nationally representative sample of 5,277 full- or part-time workers in a for-profit company employing one or more employees, including 2,418 Millennials (born 1979-2000), 1,424 Generation X (born 1965-1978), 1,287 Baby Boomers (born 1946-1964), 64 Generation Z workers (born 2001 or later), and 84 Mature workers who were born prior to 1946. Results were weighted where necessary to bring them into line with the population of U.S. residents age 18+, employed full or part-time in a for-profit company with one or more employees, and to adjust for attitudinal and behavioral differences between those who are online versus those who are not, those who join online panels versus those who do not, and those who responded to this survey versus those who did not.

The April 2020 Supplemental Survey was conducted online within the U.S. by The Harris Poll on behalf of TCRS from April 16 to 20, 2020 among a nationally representative sample of 2,030 adults. The data in the report is shown for 1,248 respondents who work full- or part-time and/or who were laid off or furloughed as a result of the coronavirus pandemic, including 601 Millennial workers (born 1979-2000), 318 Generation X workers (born 1965-1978), 263 Baby Boomer workers (born 1946-1964), 14 Generation Z workers (born 2001 or later), and 3 Mature workers who were born prior to 1946. Results were weighted as follows: Census data were referenced for education, age by gender, race/ethnicity, region, household income, education, employment, marital status, and size of household where necessary to align them with their actual proportions in the population. The weighting also adjusts for attitudinal and behavioral differences between those who are online versus those who are not, those who join online panels versus those who do not, and those who respond to surveys versus those who do not.