Global spread and deaths are much higher than official reports

A new study from MIT Sloan School of Management reveals that the pandemicâs spread may be 12 times greater than what has been measured. Access the full report here. 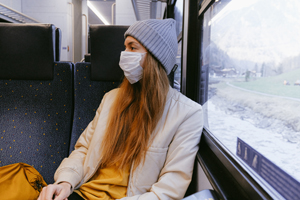 Not enough testing and large numbers of asymptomatic infections mean official reports underestimate COVID-19 infections and deaths. But by how much? New research by a team at the MIT Sloan School of Management estimates that COVID-19 cases and deaths are 12 times and 1.5 times higher than official reports, respectively. The study examined 84 of the most affected nations, spanning 4.75 billion people. The researchers estimate 88.5 million cases and 600 thousand deaths through June 18, 2020.

Despite substantial under-reporting, however, these nations remain well below the level needed for herd immunity. Absent breakthroughs in treatment or vaccines, and with only mild improvements in policies to control the pandemic, the researchers estimate a total of 249 million (186-586) cases and 1.75 million (1.40-3.67) deaths by Spring 2021.

A New Focus On Reducing Transmission

Earlier and stronger policies to reduce transmission when the pandemic was first declared, together with the deployment of extensive testing, could have averted approximately 197,000 deaths, nearly one third of the estimated total. However, they say, future cases and deaths are now less dependent on testing and more contingent on the willingness of communities and governments to reduce transmission, such as by reducing contacts with others, physical distancing, and better hygiene, including masks.

Using data for all 84 countries with reliable testing data (spanning 4.75 billion people), they developed a dynamic epidemiological model integrating data on cases, deaths, excess mortality and other factors to estimate how asymptomatic cases, disease acuity, hospitalization, and behavioral and policy responses to risk affect COVID transmission and the Infection Fatality Rate (IFR)âthe probability of death after becoming infectedâacross nations and over time.

IFR depends not only on the age and health of the population, but on the adequacy of health care and the effectiveness of protections for the most vulnerable, including the elderly. The researchers estimate IFR to be 0.68% on average (0.64%-0.7%), but find it varies substantially across nations: approximately 0.56% for Iceland, 0.64% New Zealand, 0.99% for the USA, 1.59% for the UK, and 2.08% for Italy.

They say, future cases and deaths are now less dependent on testing and more contingent on the willingness of communities and governments to reduce transmission, such as by reducing contacts with others, physical distancing, and better hygiene, including masks...

Limited and inconsistent testing and differences in age distribution, health care resources, social distancing, and policies have caused large variations in the extent and dynamics of the COVID-19 pandemic across nations, complicating the estimation of prevalence, the infection fatality rate (IFR), and other factors important to care providers and policymakers.

Using data for all 84 countries with reliable testing data (spanning 4.75 billion people) we develop a dynamic epidemiological model integrating data on cases, deaths, excess mortality and other factors to estimate how asymptomatic transmission, disease acuity, hospitalization, and behavioral and policy responses to risk condition prevalence and IFR across nations and over time

However, future outcomes are less dependent on testing and more contingent on the willingness of communities and governments to reduce transmission. Absent breakthroughs in treatment or vaccination and with mildly improved responses we project 249 (186-586) million cases and 1.75 (1.40-3.67) million deaths in the 84 countries by Spring 2021.

Effective response to the COVID-19 pandemic requires an understanding of its global magnitude and risks. Yet more than 15 weeks after WHO declared a global pandemic, we do not know the true number of cases nor the infection fatality rate. The data we do have are highly variable; as of late June, 2020, countries have reported cumulative cases ranging between 0.18 and 2850 per 100,000 and deaths to cases (approximate case fatality rates: CFR) ranging between 0 and 24%. We do not fully know what explains such large variance. Establishing such basic measures has partly been slowed by a large asymptomatic fraction (1) and similarity of COVID-19 symptoms with other common illnesses (2). Moreover, official case and fatality data are generated through testing.

Across scenarios, we find that the infection rate in each country usually peaks and then stabilizes at a lower and slowly declining linear rate, in some cases after damped oscillations (i.e. second waves). These (approximately) steady-state infection rates are at levels that motivate just enough policy and behavioral response to bring effective reproduction number RE to 1.

Faster rates lead to exponential growth, raise alarms and bring down contacts; slower ones lead to relaxation of policies bringing the reproduction number back up to 1. Those post-peak infection rates vary widely across countries and depend on risk perception parameters, time constants, and contact sensitivity to risk, as well as weather and susceptible population size.