One in five people think their partner is bad with money

The Second annual survey from Policygenius sheds light on how couples manage money together. 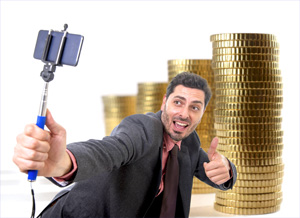 NEW YORK, Sept. 30, 2019 — One in five people in a relationship says their partner is financially irresponsible, according to a new survey from Policygenius, the nation’s leading online insurance marketplace. These people are over ten times more likely to break up over money issues than people who say their partner is good with money.

“Our new survey findings support the notion that money issues can cause relationship issues,” Hanna Horvath, data analyst and personal finance expert at Policygenius, said. “This year’s results also echo what people said in our survey last year. Not talking about money can exacerbate conflict between couples.”

“What you don’t know about your partner’s finances can hurt you,” Patrick Hanzel, a CFPÂ® and advanced planning specialist at Policygenius, said. “No one wants to be blindsided by their partner’s bad credit score or outstanding bills. As scary as a money talk might seem, every couple should aim to have it sooner rather than later.”

Excerpts from the 2018 PolicyGenius study on couples and money:

Why couples keep money apart
More than half of couples who manage their money apart from their partner donât share any financial accounts, including checking accounts, savings accounts, mortgages andÂ credit card accounts. Many people who manage money separately donât have any knowledge of their partnerâs finances, our survey shows.

Keeping separate financial beds is partially the product of cultural changes. Young people are getting married later, and waiting until theyâve tied the knot to manage their money together, said Catalina Franco-Cicero, a certified financial planner at Tobias Financial Advisors.

No one wants to be blindsided by their partner's bad credit score or outstanding bills. As scary as a money talk might seem, every couple should aim to have it sooner rather than later....

People âsometimesÂ move in togetherÂ without considering how finances are going to work,â Franco-Cicero says. âItâs not always equitable.â

Other societal shifts include an increase in dual-income households. AÂ 2015 survey from Pew Research CenterÂ found the share of households in which both parents work full-time has climbed to 46%, up from 31% in 1970. The growth was largely attributed to more women entering the workforce, but is also related to the increase cost of living. Families with two full-time working parents were better off than other families, Pew found.

They may share love, but many couples don’t share money
Some couples share everything, from homes, to clothes to pets. But thereâs one thing many donât mingle: finances.

In fact, one in five people keep and manage their money separately from their partners, according to the first annual Policygenius Couples and Money survey. An even greater percentage (24%) donât share any major financial accounts, including a checking, savings, credit card or mortgage account, while almost 30% of couples donât even know each otherâs salaries.

âIt doesnât surprise me that many people keep their money their own, especially if their partner is in debt,â Michael Kelley, certified financial planner and founder of Kelley Financial Planning, said. âWithout transparency in the finance department of your relationship, you could run into some problems.â (Before you get married, make these money moves.)

The survey was based on responses from a nationally representative group of 1,526 adults across the U.S. It was conducted on Google Surveys between Aug. 28 and Aug. 31, 2018. Its other key findings are highlighted below.

The pros & cons of keeping your money apart
Keeping your money separate isnât always a bad thing â especially, as Nolte mentions, if you just went through a nasty divorce or you have an inheritance you want to protect.

Having some or all of your own financial accounts can foster a sense of security, since you wonât be left in dire straits if your partner leaves you or unexpectedly passes away without life insurance or an estate plan. The former isnât an unfounded concern: 54% of survey respondents said they didnât have a life insurance policy in their name. (Policygenius can help couples compare and buy life insurance together to reverse this trend.)

Plus, in some relationships, keeping separate accounts for discretionary spending can reduce fighting.

âYou may just want your own stash of money to keep peace in the marriage,â Franco-Cicero says. âDo what youâre comfortable with â you can have funds separate and be fine.â

Policygenius’ survey is based on responses from a nationally representative group of 2,005 adults in a relationship. It was conducted through Google Surveys from August 21 through August 30, 2019. You can read the full report here.

About Policygenius: Policygenius is the nation’s leading online insurance marketplace, with headquarters in New York City and Durham, North Carolina. We’ve helped more than 30 million people shop for all types of insurance like they shop for everything else â online. We launched in 2014 and are one of the early insurtech pioneers. We were named one of Inc. Magazine’s Best Workplaces for 2018 and 2019.