Cost of Medical Expenses In Retirement Estimated At $220,000 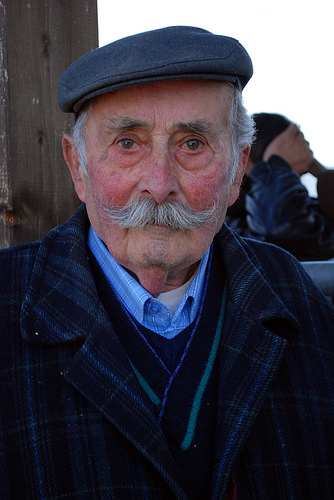 BOSTON–(BUSINESS WIRE)–A 65-year-old couple retiring in 2013 is estimated to need $220,0001Â to cover medical expenses throughout retirement according to the latest retiree health care costs estimate calculated by Fidelity Investments.Â®Â This yearâs figure represents an 8 percent decrease from last yearâs estimate of $240,000.

Fidelity has calculated an annual estimate of medical expenses for retirees since 2002. For many Americans, health care is likely to be among their largest expenses in retirement. The estimate, which is calculated by Fidelityâs Benefits Consulting, does not include any costs associated with nursing home care and applies to retirees with traditional Medicare insurance coverage.

Fidelityâs estimate had increased an average of 6 percent annually between 2002 and 2012. It decreased only once before â in 2011 â due to a one-time adjustment driven by Medicare changes that reduced out-of-pocket expenses for prescription drugs for many seniors. The estimate decreased for the second time in 2013 due to lower than expected Medicare spending in recent years as well as a reduction in projected Medicare spending in the near future.

âWhile lower, this yearâs estimate is still daunting for many retirees, and it will consume a considerable amount of a coupleâs retirement savings,â said Brad Kimler, executive vice president of Fidelityâs Benefits Consulting business. âIt is extremely important that health care costs are factored into retirement savings strategies today so that retirees can be prepared to pay their medical bills throughout retirement.â

Medicare per enrollee spending increased at a rate of only 0.4 percent in 2012, in line with relatively small increases in spending in recent years. Specifically, spending per enrollee rose just 1.9 percent between 2010 and 2012.2Â This is significantly lower than historical increases, which have averaged 7 percent annually from 1985 to 2009.3

A number of factors likely contributed to the recent trend of decreasing spending per enrollee. The economic downturn that began in 2008 led to a decrease in utilization of health care services as many Americans were faced with financial challenges. Also contributing to the decrease were smaller payment increases to providers (e.g. hospitals, physicians, health plans). Additionally, as baby boomers retire, they bring a large influx of younger enrollees into the Medicare population, reducing the overall average age of participants. Younger retirees tend to have lower health care expenses than older beneficiaries which also contributed to the lower per-enrollee spending.

âWhat is surprising is that while the economy has strengthened, per-enrollee trends remain modest compared to historical rates,â continued Kimler. âWhether these trends are sustainable depends largely on the ability of the private health sector to find efficiencies in the delivery system.â

While lower, this yearâs estimate is still daunting for many retirees, and it will consume a considerable amount of a coupleâs retirement savings

In addition, consumers should explore options for covering their retiree health care costs and identify the savings vehicle that fits their strategy. For instance, consumers who have access to a high-deductible health plan (HDHP) through their employer may have the option of saving in a Health Savings Account (HSA), which allows pre-tax contributions to roll over and accumulate if not spent. In addition, consumers can also consider adding an annuity or other retirement income product to their overall retirement savings strategy to help address health care costs in retirement.

âCreating a plan and starting to save as early as possible are two key aspects of a successful retirement savings plan,â added Kimler. âBut itâs also important to identify a specific retirement income stream to address health care costs in retirement. Having assets that are earmarked for health care expenses will help ensure retirees can cover these costs when they arise, as well as help manage their overall retirement savings portfolio.â

For more guidance on how individuals and couples can better plan for health care expenses in retirement, check out Fidelityâs latest Viewpoint article athttps://www.fidelity.com/viewpoints/health-care-costs-when-you-retire.

About Fidelity Investments
Fidelity Investments is one of the worldâs largest providers of financial services, with assets under administration of $4.2 trillion, including managed assets of $1.8 trillion, as of April 30, 2013. Founded in 1946, the firm is a leading provider of investment management, retirement planning, portfolio guidance, brokerage, benefits outsourcing and many other financial products and services to more than 20 million individuals and institutions, as well as through 5,000 financial intermediary firms. For more information about Fidelity Investments, visitwww.fidelity.com.

1Â The Fidelity Retiree Health Care Costs Estimate assumes individuals do not have employer-provided retiree health care coverage, but do qualify for the federal governmentâs insurance program, Medicare. The calculation takes into account cost-sharing provisions (such as deductibles and coinsurance) associated with Medicare Part A and Part B (inpatient and outpatient medical insurance). It also considers Medicare Part D (prescription drug coverage) premiums and out-of-pocket costs, as well as certain services excluded by Medicare. The estimate does not include other health-related expenses, such as over-the-counter medications, most dental services and long-term care.

4Â The HSA survey was conducted by GfK Public Affairs & Corporate Communications from February 4th to 20th, 2013. The study was conducted among a nationally representative sample of 1,836 U.S. adults ages 25-64 with a household income of $25,000 or more. Respondents also have primary or shared responsibility for household financial decisions and receive healthcare benefits through their own or their spouseâs employer.