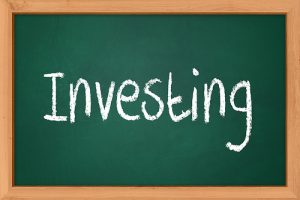 Mr. Selengut is a private investor and a contributing editor to Advisor Magazine. He is the author of the book âThe Brainwashing of the American Investor: The book that Wall Street does not want you to read.â He can be reached at sanserve@aol.com.

It should be noted that 2022 has not been a particularly “good” year for the markets, equity or income. But as you may have heard before, neither market value nor total return numbers have much impact on income production. If you show the following income numbers to your investment friends, they’ll look at you like you’re from another planet:

These numbers are eight month results for 115 income focused, six and seven figure portfolios with an average size of $510k. All portfolios differ in many ways, and contain an estimated average of 80 different income producers representing most market sectors, security types, and strategies:

If you are thinking about “normal” retirement portfolios, those constructed of individual stocks (even “dividend stocks”), ETFs, Mutual Funds, and fixed income securities, get ready to pull the string on your “eureka” light bulb. R U Ready?

The portfolios in this study contain roughly 270 Closed End Funds (CEFs) and 8 ETFs, 4 of which hold only CEFs). 18 portfolios hold tax free CEFs as well; most have at least 35% in the stock market… no individual stocks or bonds.

Isn’t it time to remove the blinders and take control of your retirement investment program? Check it out, do the research, ask the questions: discover the world of Closed End Fund investing.