New research from Wallethub.com, the first-ever website to offer free credit scores and full credit reports that are updated on a daily basis and providing reviews of financial products, professionals and companies. Reprinted with permission. Visit here. 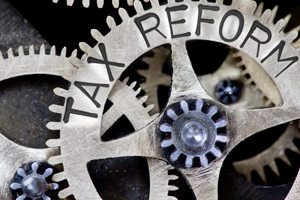 The report provides an in-depth analysis of the 2017 federal, state and international tax rates paid by the S&P 100 companies, the largest and most established businesses in the U.S.

Excerpts From the Corporate Tax Report

Concerns over the proper role of taxation lie at the very foundation of American history. They havenât gone away, either. In fact, President Donald Trump signed a newÂ overhauled tax planÂ into effect in December 2017, which will affect earnings in the 2018 fiscal year. One of the largest changes in the plan is that the federal corporate income tax rate was permanently lowered fromÂ 35 percent to 21 percent. Republicans champion the tax plan as beneficial to business and consumers and Democrats claim it will only increase the wealth of the already wealthy.

With businesses looking forward to a large tax cut in the future, WalletHub analyzed annual reports for the S&P 100 â the largest and most established companies on the stock market â in order to determine the federal, state and international tax rates they paid in 2017.

Â Ask the Experts: Should Corporations Pay Less than Consumers?
For insight into the countryâs current corporate tax system as well as its potential fixes, we turned to experts in the fields of accounting and tax law for their thoughts on the following key questions: