Is the U.S. leaving money on the table?

New research from the consumer financial site WalletHub.com compares the tax-rates for the top 100 S&P companies. 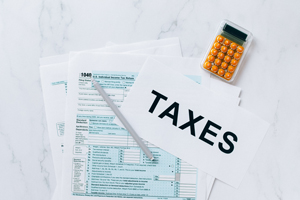 The report provides an in-depth analysis of the 2021 federal, state and international tax rates paid by the S&P 100 companies, the largest and most established businesses in the U.S.

Is the U.S. leaving money on the table with the current corporate tax structure?

âWe are probably leaving some money on the table; however, it is difficult to determine precisely how much more revenue could be raised by changing the corporate tax system. I imagine that we could increase the corporate tax rate a little bit without significantly influencing the competitiveness of U.S. corporations. However, I do not see the U.S. moving back to the 35 percent corporate rate we had before the TCJA. It is also important to think about the overall revenue picture here. Corporate income tax revenues only account for approximately 8 percent of federal tax revenues. Thus, even large shifts in the corporate tax rate would not dramatically alter the total federal tax revenue-individual income tax and payroll taxes will continue to be the primary drivers of U.S. federal tax revenue.â
– Stephen J. Lusch, Ph.D. â Associate Professor, Texas Christian University

âThe U.S. is definitely leaving money on the table with the current corporate tax structure. Even though corporate distributions are taxed twice â at the corporate level and the shareholder level â the current corporate level tax rate of 21% is lower than the average tax rate for married couples earning more than $65,000 (22%) and the average rate for single filers earning $50,000 (22.2%) or more. The tax rates, before deductions and credits, are supposed to represent progressive taxation according to income level, but even without taking international corporate tax rules into account, a corporation with earnings in the billions that makes a distribution of any amount to its shareholders has a lower tax rate in our progressive system than many middle-class people.â
– Nyamagaga Gondwe, JD â Assistant Professor, University of Wisconsin Law School

What would you change about the way U.S. corporations are taxed?

âThe U.S. corporate tax system is overly complex. At this point, there is a lot of evidence on how effective certain tax policies are and where firms are and are not responsive to tax incentives. For example, is bonus depreciation really necessary to stimulate investment, or will firms usually invest even without these additional subsidies? Many of these issues arose in recent discussions of the Inflation Reduction Act, which imposes a tax on book income. While taxing book income is a bad idea (the reasons why have been discussed extensively elsewhere, so I will not comment here), many differences between the book and tax income arise because the tax law allows incentives designed to encourage specific activity viewed as beneficial to the economy. To the extent Congress thinks these incentives are wrong and, for example, prefers the book treatment, the tax law should be amended to reflect these preferences. Overall, the corporate tax system would benefit significantly from a thorough review of tax expenditures and thoughtful discussion of whether there is a) a valid policy reason for the expenditure and b) evidence that the tax incentive actually encourages/discourages the targeted behavior.â
– Steven Utke â Associate Professor; Accounting Professor, University of Connecticut

âIn general, I am in support of a corporate tax with a broad base and a low rate. Such a tax system would not include nearly as many deductions, credits, and special incentives as we see in the current corporate tax system. I support such a system for several reasons. First, a narrow tax base (i.e., one with a lot of deductions and credits) is less neutral and less efficient than a broad tax base. Second, a broad-based tax system is simpler to administer and simpler to comply with because the taxpayer is not trying to navigate a complex web of deductions and credits and the tax authority is not having to spend as much time auditing a simpler tax system. However, in reality, it is difficult to significantly broaden the tax base because it is difficult to take tax incentives away from taxpayers, especially incentives that have been a part of the tax system for a very long time.â
– Stephen J. Lusch, Ph.D. â Associate Professor, Texas Christian University

âPerhaps surprisingly, given politiciansâ frequent and harsh focus on corporate taxes, corporate tax only raises about 10% of total revenue, according to U.S. Treasury statistics. Individual income tax raises about 50%, and employment taxes (e.g., social security tax) compose the bulk of the rest of the taxes. So, currently, consumers or individuals bear most of the federal tax. There is also evidence that consumers and employees bear some of the burdens of the corporate tax indirectly because corporations pass along some of these costs. Ultimately, corporations are composed of individual managers, employees, and owners, so those individuals bear the tax in some combination. To the extent politicians view the corporate tax as more likely to burden managers and owners, an alternative system might just include higher top individual and preferential (e.g., capital gains) tax rates. So, in sum, I do not think there is necessarily an optimal relation between taxes on corporations and consumers, but carefully targeting taxes to fund the government without discouraging innovative and entrepreneurial activity should be the ultimate goal.â
– Steven Utke â Associate Professor; Accounting Professor, University of Connecticut

âTo consider the relationship between corporate and consumer taxes, one must understand who bears the economic burden of a tax (the âtax incidenceâ). Corporations are simply legal entities comprised of individuals-employees, shareholders, customers, etc. Hence, individuals ultimately bear the burden of corporate tax. To illustrate, consider an increase in the corporate tax rate. If the additional tax causes corporations to raise the prices of their goods and services, then consumers are effectively paying the tax. If corporations respond by cutting wages paid to employees, then employees are paying the tax. If corporations cannot pass on any costs and simply become less profitable, then shareholders are paying the tax. In other words, corporate taxes are a form of consumer taxes. How much these different individuals actually bear the burden of the corporate tax is a difficult question to answer. Economists continue to debate whether the burden at a macro level falls mostly on capital (i.e., shareholders and creditors), labor (i.e., workers), or other stakeholders. At the corporation level, tax incidence will depend on the economics of the corporationâs geographic and product markets.â
– Andrew Belnap â Assistant Professor, University of Texas at Austin