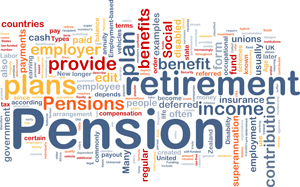 In October, the funded status of these plans improved by $21 billion, primarily due to liability gains resulting from an increase in the benchmark corporate bond interest rates used to value those liabilities. The monthly discount rate rose 14 basis points for the month, from 2.57% to 2.71%. As a result, the PFI deficit declined to $285 billion, the lowest it’s been since March 2020. At the same time, October’s investment loss of 0.93% resulted in a $20 billion decrease to the market value of assets. The funded ratio for the Milliman 100 PFI rose slightly, from 84.4% at the end of September to 85.1% as of October 31.

Key Notes From The Study Show:

Despite a drop of 94 basis points in discount rates, the private single-employer defined benefit plans of the Milliman 100 companies continued to make funding progress in 2019 due to their stellar investment returns of 17.3%. The year-end 2019 funded ratio for the Milliman 100 companies settled at 87.5%, a slight improvement from the year-end 2018 funded ratio of 87.1%. Fourteen plans had a funded ratio of at least 100% compared to 16 plans from the 2019 Milliman PFS. However, due to a matching 11% growth in both assets and liabilities, the funding deficit grew by $17 billion, ending the year at $232 billion.

As discount rates tick back up for the third consecutive month, executives should be paying close attention to market movements coming out of this election cycle...

After a disappointing 2018 investment loss of 2.8%, the financial markets rebounded in 2019 permitting these pensions to post a 17.3% investment return. It was the second best year in the history of the study (exceeded only by the 19.5% return earned in 2003). The strong investment return in 2019 increased plan assets by $243 billion compared to the expectation that investments would only add $94 billion, based on the companiesâ long-term investment return assumptions. The Milliman 100 plansâ assets increased to an all-time high of $1.62 trillion from $1.45 trillion.

“All eyes are on the presidential election this month, and what the results might mean for interest rates and investment returns going into year-end,” said Zorast Wadia, author of the Milliman 100 PFI. “As discount rates tick back up for the third consecutive month, executives should be paying close attention to market movements coming out of this election cycle.”