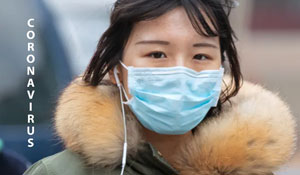 WEST PALM BEACH, Florida, Feb. 12, 2020 /PRNewswire/ — The possibility of a global pandemic virus spreading out of control is indeed terrifying. There is a very specific feeling of helplessness that accompanies fighting an enemy that is invisible, relentless and able to move among us silently, without remorse or hesitation. The investing public is rarely concerned about other catastrophes such as earthquakes that can spawn tidal surges, dirty bombs or even war.

The fear of societal breakdown, in part or in whole, due to an unchecked superbug is a different kind of nightmare, one that can impact public markets. Again, the fear is generally greater than the danger. Historically, it is not the outbreak that puts a dent in the indexes; it is the fear of the unimpeded spread that does the damage.

The coronavirus is so new that if a financial analyst were to draft a document containing this word, it would generate a red prompt, alerting them to spell-check the term. The writer then clicks “Add to Dictionary,” takes a deep breath and moves on to complete their report.

The So Called ‘Chinese Problem’

Initially ignored as a “Chinese problem,” investors and issuers alike are now taking the coronavirus seriously and factoring it into their action plans. This logical reaction is more prevalent among issuers whose companies rely heavily upon China, but Pubcos with no China ties are also considering the ramifications of quarantines and other events that could impact operations.

Virus scares may cause a hiccup in the public sector but any corrections, historically speaking, are quickly shaken off. Between 2003 and 2016 viruses such as SARS, avian flu, swine flu, cholera and most recently the Zika virus seem to have come out of nowhere. Each, understandably so, caused widespread concern and was met with an immediate intervention from medical first responders.

In a recent CNBC article by Natasha Turak, billionaire hedge fund giant Ray Dalio, founder of Bridgewater Associates, which manages $160 billion in global investments, expressed his own opinion. Simply stated, he believes that any market volatility created by the coronavirus outbreak is likely exaggerated.

While it is not the responsibility, or even the concern, of immunologists and emergency medical personnel to protect the public markets from the potential impact of these viruses, they take every possible action to protect the general public. In doing so, catastrophe has been avoided in every case. By insuring the public health these organizations bolster a healthy marketplace.

The CDC, and other similar agencies, have safeguards in place to protect the global population from pandemic viruses. The public markets hinge on the optimism and participation of global participants, so it is reasonable to say that the more sophisticated and well equipped the CDC and its counterparts become, the safer and healthier the public markets remain.

According to the CDC, the 1918 influenza pandemic was the most severe pandemic in recent history. It was caused by an H1N1 virus with genes of avian origin. Although there is not universal consensus regarding where the virus originated, it spread worldwide during 1918-1919. In the United States, it was first identified in military personnel in spring 1918. It is estimated that about 500 million people or one-third of the world’s population became infected with this virus. The number of deaths was estimated to be at least 50 million worldwide with about 675,000 occurring in the United States.

The US population in 1918 was a mere 103,208,000. The super flu reduced this figure by approximately 6.5%, a staggering figure when held in comparison to any viral outbreak ever since. To put this figure in perspective, the virus killed more Americans than were lost in WWI. Somehow, from November 1918 to June 1919, the Dow Jones Industrial index rallied from 1,275 to 1,626, a staggering increase of more than 30%.

The reason that such a robust stock market existed during an epidemic that killed such a great number of people is virtually inexplicable. Yet it occurred.

Modern-day immunologists warn that it’s not a matter of if but when such calamity occurs once more. Outspoken scientists who make such claims do so with good intentions, to protect the general public from becoming complacent.

Realistically, an argument could me made that such an event has already occurred, or more accurately, almost occurred. Communications technology and medical sophistication in 1918 seem almost nonexistent when compared to contemporary scientific and fast-media resources. Internet and related technologies provide a conduit through which real-time information can be disseminated to nearly every person on the planet.

Since they do not seem to consider emerging viruses as an economic threat, it is reasonable to say that this mindset is one of the major reasons the public markets do not retreat when a new viral threat emerges...

The key to containing viral outbreaks that could generate economic catastrophes is speed. The faster a situation can be assessed, the faster accurate and highly valuable information can be disseminated. We are now afforded the advantage of speed, and the nature of technology is that it only becomes faster.

The Impact Of Fear-Mongering

The one true danger to public health and public markets in times of viral contagion is the proliferation of bad information; rumors, unfounded speculation and fearmongering can do far more damage than the truth.

Depending on the overall economic environment, the public markets can also interpret viral outbreaks as a growth opportunity because research and development must be initiated to create new treatments and vaccinations.

Early Wednesday, Sky News reported a “significant breakthrough” by scientists at Imperial College London in the U.K., who claim to have reduced a stage of the development time for a coronavirus vaccine from “two to three years to just 14 days.”

The lead scientist told the media outlet he would start testing it on animals as early as next week. Another separate media report out of China Wednesday claimed that researchers within the country had found two separate drugs that can inhibit the effect of the new strain of the coronavirus.

The report said preliminary tests on in vitro samples were effective at inhibiting the coronavirus in the test tube, but did not specify successful treatment in people carrying the virus.

In order to maintain journalistic balance, Reid added that news agencies like Reuters and Dow Jones attributed the reports of progress to the sharp rise in stock markets, citing traders. CNBC has not been able to verify the media reports.

Although no formal statistics could be located, it should be noted that these emerging viruses seem primarily fatal to those in the lower socioeconomic strata, those who cannot afford proper medical attention. These individuals do not actively invest in the public markets, though they do comprise the majority of the workforce for major manufacturing and agricultural companies. This may partially explain why markets seem to rally when news stories about emerging viruses propagate.

The lowest members of the financial spectrum are not big-money investors, so their absence, whether temporary or permanent, does not directly impact the amount of money that pours into stocks and other financial instruments. At most, when these individuals become incapacitated, they may have a secondary influence on the economy but not one that is substantial enough to negatively affect the indexes.

Securities attorney Laura Anthony is a founding partner of Anthony L.G., PLLC, a national corporate and securities law firm based in West Palm Beach, Florida. Her firm represents a wide range of clients, nearly all with one thing in common: their businesses are tethered to the public markets in one way or another.

“I can unequivocally state that the topic of emerging viruses has never come up in any conversation I have had with one of our clients,” Ms. Anthony said. “This is somewhat surprising considering that this danger can sideline the economy in general should the worst-case scenario occur. Our clients are intelligent, sophisticated and highly informed individuals, so if there was a single apprehension that something like the coronavirus could impact their operations, I have no doubt they would have voiced their concerns. Pubco founders and CEOs are very strategically minded entrepreneurs and the majority, if not all of them, possess a long-term perspective on their companies. Since they do not seem to consider emerging viruses as an economic threat, it is reasonable to say that this mindset is one of the major reasons the public markets do not retreat when a new viral threat emerges.”