Why Itâs Cool to Be Cool Again 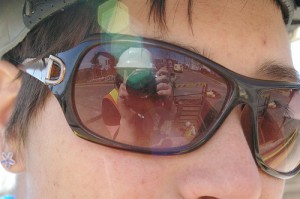 Todayâs 30-and-younger adults who were raised with cell phones and gaming devices more technologically advanced than anything used in the Apollo 1 lunar landing mission, probably have no historical idea of the culture theyâve inherited, says rocker-novelist Eli Just.

âIt turns out that the movie âRevenge of the Nerdsâ and Huey Lewis and the News were prophetic â it is âhip to be square,â except we donât see it in 1980s terms anymore,â says Just, a former physics teacher, musician and author of two serial novels, âManny Jonesâ and âThe Eddy,âÂ  .

âIf you have oversized, plastic-framed glasses, are obsessed with computers and ride a 10-speed bicycle everywhere, youâre no longer a nerd, youâre todayâs hipster.â

âBut when you look at the trends, you can see a push in the zeitgeist toward a more traditional flavor of cool.â

Just identifies some of those trends

About Eli Just
Eli Just is the author of several books including the popular âManny Jonesâ series and âThe Eddy,â (www.elijust.net). He has a masterâs in history from Southeastern Louisiana University and is a self-taught student of physics, which he taught at the high school level. He is currently working on several projects, including his newest novel, a graphic novel and a rock ânâ roll album. As a Christian, Just enjoys exploring themes involving physics and its relationship to religion. He lives in northern Georgia.