A Conversation With Joe Gaynor

The ABCs of RMDs 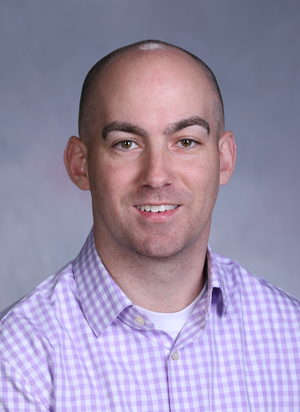 Mr. Kelley is Managing Editor for this magazine. Connect with him by e-mail: [email protected]

Many investors who turned 70Â½ last year may have missed the December 31 deadline to take their first required minimum distribution (RMD) from a retirement account like an IRA or 401(k). Fortunately, the IRS gives some extra time to those taking their first RMD â until April 1stÂ for those who missed the December deadline. This is important because the IRS imposes a steep penalty on missed distributions â 50% of the amount not taken on time.

During tax season people have lots of questions about specific rules around RMDs, including how to calculate them and the timing for when to take a distribution. We spoke with Joe Gaynor, director of retirement & income solutions at Fidelity, about common misunderstandings about RMDs, the mistakes people often make when taking them and a his strategies for optimum tax-efficiency.

PEK: How are my 2019 RMDs calculated if I delay taking last yearâs RMD until this April?
JG: The method for calculating your RMD doesnât differ when you delay. The difference is that your second RMD is calculated using a higher year-end balance because it includes the first yearâs RMD amount which you delayed taking. For example: If your RMD for year 1 was $10,000 and that distribution amount isnât taken out in year 1, your year-end balance for year 2 includes the $10,000 â potentially increasing the year 2 RMD amount.

PEK: Could the tax law changes impact my RMD if I am now taking a standard deduction and no longer itemizing?
JG: The IRS rules around RMDs have not changed as part of the new tax laws. One impact may come into play if an IRA owner was taking their RMD, then later donating to charity using a charitable deduction – which required that they itemize their deductions. Since fewer people will be itemizing their deductions, this path is not as beneficial from a tax perspective.

Many IRA owners taking required distributions still choose to donate to charity, but use a qualified charitable distribution (QCD) instead. With a QCD, the benefit is that there is no itemization required and the amount donated is excluded from their taxable income. QCDs do have very specific rules though, for example: the donation must go directly from the IRA custodian to the qualified charity (meaning the IRA owner canât deposit it into their own account first), and you must reach age 70Â½ before you can make a QCD (it isnât just the year you turn 70 Â½).

PEK: How do I know I am taking the right amount if I have retirement accounts with more than one financial firm? How do I estimate my RMD?
JG: We encourage an investor with accounts across firms to check with the other financial institutions to make sure the right amount is being taken. For an investor with multiple IRAs, itâs good to remember that your RMD must be calculated for each IRAÂ  â but the amounts can be aggregated and taken from any account or across different accounts. For someone with a retirement plan, like a 401(k), the rule is slightly different where the RMD must come out of that account and canât be aggregated with their IRA(s) for example.

The IRS rules around RMDs have not changed as part of the new tax laws. One impact may come into play if an IRA owner was taking their RMD, then later donating to charity using a charitable deduction - which required that they itemize their deductions...

Regarding the calculation – at Fidelity, we provide an RMD estimate to help make the process easier on our customers. We see approximately 50% of our clients sign up for our automatic withdrawal service as well.Â  This is helpful as weâll calculate their RMD, make the withdrawal, and automatically distribute funds where they want each year on the schedule they select â including to brokerage account if they donât need the money.

To simplify things, an investor can consider consolidating their accounts with one provider that can then simply and automatically deliver their full RMD based on their preferences.

PEK: Should I take an RMD once a year, or at intervals over the course of the year? Whatâs the best strategy in terms of the timing of distributions?
JG: The 50% penalty by the IRS on a missed RMD is steep, so while we encourage investors to do what makes sense for their situation â we also highlight the importance of taking the distribution and avoiding the penalty. In terms of timing, some investors take their RMD early in the year to avoid forgetting and getting it out of the way. Others look for the benefit of potential tax-deferred growth and wait until later in the year, say November or early December. One other common strategy we see is if the distribution is needed to cover living expenses, monthly distributions can help because it sets up an income stream so they know what to expect throughout the year and can use the funds to cover their bills.

We see about 50% of our customers enroll in automatic withdrawals â which really underscores their desire to make things simpler. Our automatic withdrawals service helps by calculating their RMD each year, distributing the funds on a schedule they select, and the funds are sent where they want, including to a Fidelity brokerage account. This can help avoid forgetting their RMD and will happen each year until the customer makes a change.

PEK: What if I donât want to take an RMD, are there strategies to avoid or limit the distributions?
JG: There a couple of strategies worth noting such as QLACs and Roth conversions. With a qualified longevity annuity contract (QLAC), if an IRA owner doesnât need the RMD income for current living expenses and would prefer to receive guaranteed income later in retirement, a portion of their qualified account balance (traditional IRA or 401(k)) can be used to purchase a deferred income annuity. The money used to purchase the annuity will come out of the qualified account and not be subject to RMDs when they begin. The guaranteed income from the annuity can start at a selected date, up until age 85. Note that there are specific rules and limits, for instance the total lifetime contribution cannot exceed $130,000, across all funding sources, and QLAC contributions from a given source cannot exceed 25% of that sourceâs value.

Regarding Roth conversions, if an investor doesnât anticipate needing the income from RMDs, a conversion to a Roth IRA can reduce the need to take RMDs. We suggest reviewing their tax situation to see if converting makes sense for their situation. Also, itâs important to remember that once RMDs begin, RMDs are still required before a conversion. â