A Conversation With Axel Merk 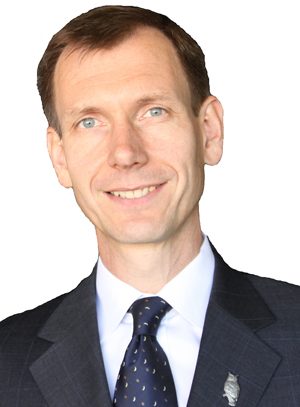 What is Crypto-Currency? It depends on whom you ask. The Securities & Exchange Commission considers it a security; the Internal Revenue Service accounts for it as property, while Treasury might actually define it a currency…. and they they may all be correct, which is perhaps the crucial takeaway, at least if you are considering investing money in it.

Axel Merk is the President and Chief Investment Officer of Merk Investments, a California based investment advisory firm specializing in liquid global markets, including domestic and international equities, fixed income, commodities and currencies. A Registered Investment Advisor, he is also a reputable and reliable source on the subject of gold.Â We spoke with Merk about the parallels being drawn between Crypto-Currencies and gold, as commodities; about the parallels between Crypto-Currencies and 17th century tulips, as comparative bubbles; and how products like Bitcoin might fit into an otherwise traditional investment portfolio.

PEK: As an investment advisor, what do you tell a client who wants to invest in crypto-currencies?
AM: Thatâs simple. I tell them they are a very interesting phenomenon, though as an investment they are a highly speculative gamble. In truth, they are incredibly volatile assets that, while supported by a fascinating and possibly valuable technology, have not yet proven their own value. Itâs a relationship not unlike that of the internet and Netscape. In other words, Netscape is long gone but the internet remainsâ¦ so, using that analogy, letâs just say I wouldnât bet my future on Netscape.

PEK: Is Bitcoin a currency?
AM: I take exception to it being called a currency. It may be, in the sense that shares of IBM or Tesla are currencies, though you wouldnât bring them to the market to buy a bottle of milk. So, it is not really a G-10 type of currency; and it is definitely not like gold.

However, if you are in China, and want to get money out of the country, through capital controls, by all means there is real value in Bitcoin. If your family is in El Salvador and you want to send money back to them, Bitcoin can be a competitive alternative to Western Unionâ¦ as long as its value continues to rise. Once it drops, as it did significantly in January, that advantage is lost. So far, Bitcoin does not warrant the values bestowed to it.

PEK: What is the value of crypto-currency as an investment then?
AM: It should not be surprising that it is thriving now in an environment where asset prices are inflated, and in fact distorted, as people become desperate to find returns. So, it is an investment insofar as you can gamble that someone else will be willing to pay even more for it than you did. And they willâ¦

PEK: Is there any credibility to the argument that there is a deeper value to Crypto-Currency in that it is not regulated, not controlled by the central-bank of a sovereign nation?
AM: Everything that becomes popular will eventually become regulated. Facebook is noticing that now. So, it is just an illusion that Bitcoin exists outside of government regulation. Ultimately, it will be regulated, especially when the possibilities for money laundering come into play. Governments will clamp down on these things. Look back to the 1990s, for example, when Bearer Shares, rather than regular shares, used to be quite commonâ¦but theyâve gotten rid of such things. Governments do not like it when you can just exchange things without them having some control over it.

Everything that becomes popular will eventually become regulated. Facebook is noticing that now. So, it is just an illusion that Bitcoin exists outside of government regulation...

And our world is highly regulated, which is one of the reasons why transactions are so expensive. Western Union charges what they do because of the regulatory burdens of its typical money-transactions. Can you disrupt this stats-quo? Sure, but the regulators will eventually catch up.

PEK: Many proponents of Crypto-Currency assert that it has a âgold-likeâ scarcity, which should directly elevate its value.
AM: That is a fallacy. The infamous Winklevoss brothers assert that because the value of gold is this much, the value of Bitcoin should be at least that much, but that is complete garbage. The fact of the matter is you can create a Crypto-Currency every day. You simply cannot do that with gold. In effect, there is an unlimited supply. And letâs not overlook the many deficiencies of Bitcoin, such as the time it takes to verify transactions, which takes way too long. Here again, Bitcoin is Netscape.

PEK: Is it true that there may be more value in the underlying technology, Blockchain, than in Crypto-Currencies themselves?
AM: There is certainly promise in Blockchain, and if you told me to invest in it, I just might. But as for the token coming out of Blockchain, the Crypto-Currencies, the price is totally random. Yes, it is based upon supply and demand, but the demand is coming out of the fact that the price keeps going upâ¦ the classic definition of a bubble.

But more importantly, the underlying technology is evolving rapidly. The protocols of access and storage may already be obsolete, as our computing power continues to change. With the advent of quantum computing, the encryption being used today may soon become outdated, and useless. So, if you do not continually update your Bitcoin, you could have a big problem, whereas with gold, if you bury it in the ground and forget about, your grandchildren can dig it up and it will still be the same gold.

PEK: How legitimate is Crypto-Currency as an investment, either as a currency or a security?
AM: Well, now that weâve had a good correction, I think weâre about to see where the real money will get lost. The early investors probably didnât lose as much, and may have actually made money because they bought it early. Now that it is âstabilizedâ a lot of investors are going to double down. Just like every other bubble.

PEK: So, who is pushing Crypto-Currency?
AM: In this industry, everyone is regulated differently. As an RIA, I am regulated by the SEC, and I have to consider FINRA regulations as well. So, I am restricted in what I can say and how I can say it. But if you are in the Crypto-World, you may not be regulated at all, and may simply ignore all of the limitations that investments in Bitcoin may present. For the layperson, a very difficult product to understand can easily become more so, depending on who theyâre talking to.

Of course, there are reputable, and regulated, people who are talking about Crypto-Currencies, so itâs not like theyâre all working in a gray area, so to speak. But are they securities? Thatâs still open to discussion, from a regulatory point of view.
We get approached all the time by people who want to do something with Crypto-Currencies, such as create a âcrypto-wrapâ around gold. What we tell them is, by the time we eventually create such a product, it will be extremely expensive, because we have to comply with so many regulations. And it would have by then taken all the fun out of it!

There may be good value that you can create with Blockchain, and even combine it with gold, but you canât just have an initial coin offering and think youâre going to make a fortune. Money still doesnât grow on trees. â