Contemplatation: Why the Future Looks Bleak for the Worldâs Powerful Men

Gen. Petraeus Affair is Only the Most Recent in Historyâs Watershed Seductions 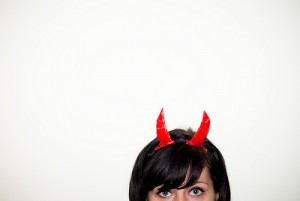 âPetraeusâ actions were utterly predictable,â says Martin, author of âProvocateur,â (www.provocateurbook.com), a novel about the often scandalous nature of sexual relationships between high-positioned men and ambitious, beautiful women. âPowerful men have been rendered intellectual mutes by beautiful women since the beginning of time. Whatâs more fascinating is how Jill Kelley, a homemaker and doctorâs wife, managed to wrap the nationâs top military brass around her âcome hitherâ finger.â

The influence women hold over men has been prominently cited since the beginning of recorded history, Martin says, from the ancient world to todayâs top world leaders. Ancient Greece alone, he says, is rife with tales of a womanâs power: Kirke, the sex goddess in Homerâs Odyssey lured sailing men onto the rocks of her island; Lysistrada brought together the women of Athens and Sparta to deny their men sex until they stopped the Peloponnesian war.

âWhile Iâm sure many men decide not to roll the dice on their career, marriage and legacy, Iâm also confident that men who are otherwise smart, savvy and guarded will continue to forget their heads and think with their biology. My advice to powerful men? Beware of audacious women!â

Martin reviews some of the watershed moments in history that all came down to a beautiful woman and a manâs primal, physiological vulnerability:

About Charles D. Martin
Charles Martin runs a hedge fund, Mont Pelerin Capital, LLC, and serves on the investment committees of prominent universities. An established business writer, his first novel focuses on the intrigue that often exists between alpha females that take on â and conquer â dominant males. Martin lives with his wife in a coastal town south of Los Angeles.