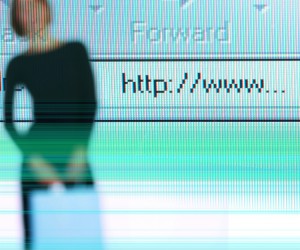 August 25, 2016 01:18Â —Â WASHINGTON–(BUSINESS WIRE)–Today, the JPMorgan Chase Institute released the Local Consumer Commerce Index (LCCI) for May 2016 and showed that, notably, local consumer spending declined by 3.5 percent between May 2015 and May 2016.

The reduction in spend was largely due to the lower number of weekend âspending daysâ in May 2016. Local consumer spending was also impacted by material declines in spending at establishments like restaurants, grocery stores and stores supplying other retail.

The Index analyzes debit and credit card spending by over 54 million anonymized Chase customers across 15 major U.S. cities. The magnitude of this monthâs change and its divergence from other related measures like the Monthly Retail Trade Survey (MRTS) are the result of a few factors, described here in detail.

This report provides a timely view of how the following cities and surrounding metro areas are faring economically both individually and in aggregate: Atlanta, Chicago, Columbus, Dallas, Denver, Detroit, Houston, Miami, Los Angeles, New York, Phoenix, Portland (OR), San Diego, San Francisco and Seattle. By looking at actual financial transactions, LCCI offers an ongoing, dynamic view of the health and vibrancy of the U.S. consumer and the places where businesses operate.

The key highlights from the latest Index include:

Across the 15 cities, Houston experienced the largest dip in year-over-year consumer spending growth

âThis monthâs LCC index identified a significant drop in consumer spending growth and offers an important and unique lens into the everyday factors that can impact local commerce,â said Diana Farrell, President and CEO of the JPMorgan Chase Institute.

Each release of the LCCI will describe the economic picture of local communities and provide a powerful tool for city development officials, businesses, investors, and statistical agencies to better understand the everyday economic health of consumers, businesses, and the places they care about.

About the JPMorgan Chase Institute