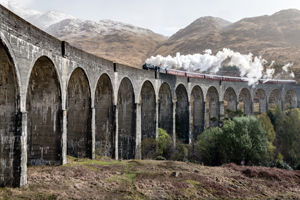 May 01, 2018 —Â HARTFORD, Conn.–(BUSINESS WIRE)–Leading global investment management firm Conning today released the May 2018 edition of the companyâs State of the States municipal credit research report. In line with its 2017 outlook, this new report indicates that in 2018 Conning maintains a declining outlook on state credit quality. While some states show improvement, aggregate state reserves continue to shrink due to the mismatch between state revenues and expenditures. Overall, state revenue growth is trending below both national GDP and state expenditure growth.

Conningâs State of the States report ranks all of the 50 states by credit quality based on a number of key economic indicators, General Fund operations and state business competitiveness. The five top-ranked states (from #1 to #5) are Utah, Colorado, Idaho, Texas, and Washington, while the five lowest-ranked states (from #46 to #50) are Connecticut, New Mexico, Illinois, Mississippi and Kentucky. The West Coast and the Southeast states have benefited from state credit quality improvement and economic expansion. In contrast, many states in the Northeast have experienced slower economic growth as measured by employment and personal income.

States in the Northeast and other states with high tax rates will be challenged by a new $10,000 per family cap in state and local deductions (SALT) which will negatively impact middle- and high-income taxpayers. These states are facing pressure to cut state and local taxes. On the other hand, taxpayers in low-tax states will receive a greater share of the benefits created by tax reform.

âStates with high income and property taxes risk losing even more higher-income residents to lower-taxed states,â said Paul Mansour, a Managing Director and Head of Municipal Credit Research at Conning and lead author of Conningâs State of the States report.

Another impact of the tax reform is that some individuals and corporations have prepaid their income taxes. These one-time prepayments will not lead to long-term tax revenue growth.

The corporate tax rateâs fall to 21 percent has made municipal bond investments significantly less attractive for property and casualty (P&C) insurers and banks, which account for 24 percent of total municipal bond holdings. As a result, P&C insurers are likely to refrain from buying tax-exempt municipal bonds for the time being, especially at the short end of the yield curve.

Growing legacy costs such as pensions, Medicaid, and other retirement benefits are crowding out room for spending on other projects such as parks, infrastructure, post offices, schools, and even teacher pay. Medicaid has become the single largest component of state spending and is growing at an annual rate of 6.1 percent. Medicaid spending rose to 29 percent of total state spending in 2017 from 20 percent in 1996, per the National Association of State Budget Officersâ (NASBO) latest State Expenditure Report.

The corporate tax rateâs fall to 21 percent has made municipal bond investments significantly less attractive for property and casualty (P&C) insurers and banks, which account for 24 percent of total municipal bond holdings

Caution in state spending on new projects, although not ideal public policy, has had a positive credit implication â no growth in debt. States have done a good job at holding off from issuing debt unless there is a revenue source behind it, displaying good governance and fiscal discipline.

The federal infrastructure plan proposed by the Trump administration will not offset infrastructure spending at the state level because the plan calls for more than seven dollars of state funds for each dollar of federal grant money on a project-by-project basis.

California Shows the Most Improvement

The biggest credit improvement story continues to be California, where revenues were up 7 percent in 2017 and budget surpluses have allowed the state to add to reserves. Also, recent legal changes have been made to raise revenues from taxes and to build reserves. Additionally, California, the largest issuer of debt, has not added any net additional debt to the books in the last four years.

âRevenues are already up, and the tax benefit from repatriation by multinational companies and related capital gains taxes are still to come,â Mansour said. âCalifornia is the home to many of the largest and most profitable corporations in the country.â

He adds that further credit improvement may be more difficult to achieve. California has high economic debt levels and very high personal and corporate taxes. In addition, the state faces increasing social issues created by its prosperity â including high poverty levels and homelessness. Continued fiscal discipline will be needed to address these social issues.

Conning (www.conning.com) is a leading investment management firm with approximately $122 billion in global assets under management as of March 31, 2018.* With a long history of serving the insurance industry, Conning supports institutional investors, including pension plans, with investment solutions and asset management offerings, award-winning risk modeling software, and industry research. Founded in 1912, Conning has investment centers in Asia, Europe and North America.

*As of March 31, 2018, represents the combined global assets under management for the affiliated firms under Conning Holdings Limited, and Cathay Securities Investment Trust Co., Ltd. (âSITEâ). SITE reports internally into Conning Asia Pacific Limited, but is a separate legal entity under Cathay Financial Holding Co., Ltd. which is the ultimate controlling parent of all Conning entities.