Long-Term Care Insurance and the Duty to Advise 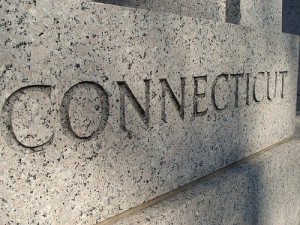 by A. J. Kritzman & Alan Leibowitz

Insurance producers selling life and health insurance in Connecticut are increasingly involved in advising on their clientsâ long-term care needs, i.e., the services associated with the activities of daily living once a person is no longer able to care for themselves. [1] Increased opportunities to provide advice, however, come with greater risk.

Cultivating the trust of a client and acting as an advisor, including making insurance coverage recommendations, may differentiate a producer from the competition. This type of client relationshipâwhile lucrative to the producer and beneficial to the clientâis a fiduciary relationship under Connecticut law and can give rise to liability to the producer for failure to advise their clients on various coverage options.

A Growing Market with Imminent Needs

According to recent projections, the Nutmeg Stateâs 60 and over population will increase significantly over the next decade.[2] As Connecticutâs population ages, the need in the state for long-term care will also increase dramatically.

The cost of long-term care can be paid for out of pocket, by private insurance, or by Medicaid if the person is eligible. To be eligible, Medicaid recipients in Connecticut must first spend down their assets to $1,600 for a single person and $2,400 for a couple. Unfortunately, the cost of long-term care is so expensive that some studies show one-third of people who pay out-of-pocket for long-term care in a Connecticut nursing facility will eventually exhaust their life savings and ultimately qualify for Medicaid.[3] Accordingly, purchasing the right long-term care insurance policy is critical for Baby Boomers who seek to preserve their assets.

The Connecticut Partnership for Long-Term Care (the âPartnershipâ) is a program of the State of Connecticut that works in alliance with the private insurers to create a long-term care insurance option to help policyholders plan to meet their future long-term care needs without depleting their assets to pay for care. Under the Partnership, private insurers offer special Partnership policies that not only pay for long-term care, but also have a unique Medicaid Asset Protection feature not available in other policies. This feature provides dollar-for-dollar asset protection by allowing one dollar of savings from Medicaid spend-down rules for every dollar a Partnership policy pays out in benefits. For instance, when determining Medicaid eligibility, if a personâs Partnership policy has paid $200,000 in long-term care benefits, that person may apply to Connecticutâs Medicaid program for assistance and will not be required to spend down $200,000 in assets to be eligible. This spend-down protection is in addition to Medicaidâs other exclusions and allowances.

Forty states offer similar partnerships between state regulators and the private insurance industries. Of those, 39 offer reciprocity, under which a person who acquired a long-term care insurance policy meeting partnership qualifications in one reciprocal state may enjoy the same protection from Medicaid spend-down requirement in another reciprocal state.

To sell, solicit or negotiate long-term care insurance policies in the State of Connecticut, a resident or non-resident insurance producer must be licensed by the Connecticut Insurance Department under the accident and health lines of authority.Â  In addition, to sell, discuss or market Partnership policies, a producer must also be Partnership certified. Certification requires two steps:Â  (1) successfully completing an online training course and examination; and
(2) attending a half-day classroom training session. As of June 2013, there are 57,185 producers licensed for accident and health insurance in Connecticut, but very few of those are certified.

Existence of a Fiduciary Relationship

It is long established Connecticut law that when an insurance producer procures a policy affording protection against a designated risk, there is an obligation to perform the duty assumed with reasonable care, and there may be liability for any loss properly attributable to a failure to perform. Ursini v. Goldman, 118 Conn. 554, 559 (1934). The relationship between a client and an insurance producer is often a fiduciary one âbecause of the . . . complexity of the insurance industry and the specialized knowledge required to understand all of its intricacies. . .âÂ  Fradianni v. Protective Life Ins. Co., 2011 WL 5925165, at *5 (Conn. Super., Nov. 4, 2011).

Importantly, under Connecticut law, insurance producers do not automatically have a duty to advise their client as to adequate coverage unless they have a âspecial relationship.âÂ  Grossenbacher v. Ericson Agency, 2000 WL 487264, at *4 (Conn. Super., Apr. 10, 2000).Â  To determine whether a âspecial relationshipâ exists, the courts evaluate whether:

Connecticut law has traditionally found producers owe a duty to advise their clients about the adequacy of coverage if there is a special relationship existing between the two. Three Superior Court cases from over 20 years ago are often cited for setting this precedent. In Sportsmenâs Paradise v. Peerless Ins. Co., 1992 WL 26848, at *2 (Conn. Super., Feb. 6, 1992), Winter v. Nationwide Mutual Ins. Co., 1990 WL 283942, at *1 (Conn. Super., May 24, 1990), and Katz v. Frank B. Hall & Co. of Connecticut, 3 Conn. Sup. C. Rpt. 25 (Oct. 30, 1987), the court confronted this issue on a motion to strike. Although each case cited Connecticut precedent, they also relied on a New Jersey Superior Court Appellate Division opinion, which stated the following relevant points:

Sobotor v. Prudential Property & Cas. Ins., 491 A.2d 737, 741 (N.J. Super. App. Div. 1984) (overturned in 1993 by N.J. Stat. Â§ 17:28-1.9). In Sobotor, the insured brought suit against the insurer and insurance agent for failing to advise him of the availability of higher amounts of uninsured-underinsured motorist coverage. The insured had met with the agent to discuss coverage and requested the âbest availableâ package of automobile insurance coverage. Without advising him of the available options, the insurance agent provided the plaintiff with the statutory minimum limits of uninsured motorist coverage. Subsequently, the plaintiff was involved in a serious automobile accident where the offending driver maintained minimum liability coverage. The court found for the plaintiff, confirming that a fiduciary relationship existed and ordered the policy reformed in the plaintiffâs favor.

More recently and under very different facts, in Grossenbacher, the court declined to follow Sobotor and decided on a motion in favor of an insurance agency and its employee insurance agent. There, the court determined there was âno evidence that the plaintiffs . . . ever requested that the defendants provide a full review of their insurance coverages [and therefore concluded the] duty of the defendant to the plaintiffs [did not] extend to providing unsolicited advice on coverage . . . .â 2000 WL 487264, at *6.

While these cases do not establish a universal fiduciary duty to advise clients of coverage options every time a long-term care insurance policy is sold to a Connecticut client, they do present a cautionary tale. If a clientâs primary concern is asset preservation, then a producer who is acting as a trusted advisor must make recommendations that optimize the preservation of assets. Advice regarding long-term care insurance is paramount in planning for long-term care needs. Thus, insurance producers who act as advisors should consider offering Partnership policies as an option for their clientsâ needs.

[1] The activities of daily living (âADLâ) are defined as âdressing, bathing, eating, toileting, continence and transferring.â Conn. Agencies Regs. Â§ 38a-475-2(e).Â  â[A]n ADL deficiency is determined by reference to the need for substantial human assistance or supervision in performing that activity.â Id.