A Confident US Small Business Sector Planning for Global Expansion 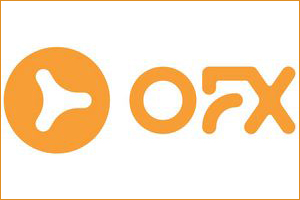 Representing more than two-thirds of net new jobs in the private sector, small-to-medium-sized businesses (SMBs) are a huge part of the U.S. economy. Together with survey partner Researchscape, USForex surveyed more than 300 U.S. SMBs over the course of two weeks to understand market sentiment and confidence around international expansion.

Results indicate that a vast majority of SMBs (96 percent) are confident in conducting business abroad and see going global as a way to access high-quality employees and suppliers, as well as a key stepping stone to continued growth.

This confidence is slightly higher compared to the June index provided by the National Federation of Independent Business (NFIB), which showed that small business optimism had risen to nearly 94 percent. But events such as the upcoming U.S. election and threat of global terrorism are giving some respondents cause for concern when it comes to global expansion.

“Going global is no longer an option for successful small and medium businesses — it’s a strategic imperative,” said Karin Visnick, head of North America, USForex. “U.S. businesses are overwhelmingly optimistic when it comes to their global aspirations, with new technology and services putting global talent, suppliers and markets within reach of businesses that would have never thought to look beyond U.S. borders just a few years ago.”

It's clear that SMBs are optimistic and eager to expand their business across U.S. borders

The top three international regions SMBs cite as being difficult to break into are:

Looking forward to the next year, nearly three quarters (72 percent) of SMB executives plan to grow their international customer base, while more than half (52 percent) are expecting to take on new suppliers or vendors abroad.

“It’s clear that SMBs are optimistic and eager to expand their business across U.S. borders, though slightly cautious about local business conditions and the impact of major global events,” said David Nicholls, head of payment solutions, USForex. “Among our own customers, we’re experiencing an increasing number of businesses that are seeking the proper tools and guidance they need to navigate the changing global business landscape and ultimately make their international expansion a successful one.”

Methodology: The USForex SMB Confidence Indicator was a survey of 330 SMB owners or decision makers, conducted over the course of two weeks by Researchscape, on behalf of USForex, a provider of cross border currency exchange for businesses and consumers.

About USForex
USForex is becoming OFX. OFX gives consumers and businesses a smarter, online and mobile alternative to existing currency exchange services. Since its launch in 1998, OFX has transferred more than $100B in 55 currencies across the globe. Drawing from two decades of experience, OFX Group is a leading global money transfer business, with over 300 employees and offices in San Francisco, Sydney, Toronto, San Francisco, London, Hong Kong and Auckland.