Confidence Reboundsâfor Those With Retirement Plans 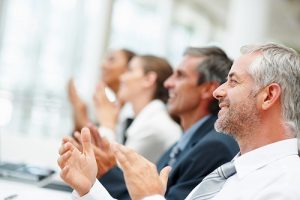 WASHINGTONâAmericansâ confidence in their ability to afford a comfortable retirement has recovered somewhat from the record lows of the past five years, according to the 24th annual Retirement Confidence Survey (RCS), but it does not appear to be founded on improved retirement preparationsâand it may be limited to those with retirement plans.

The 24th wave of the RCS, the longest-running survey of its kind in the nation, finds that the percentage of workers confident about having enough money for a comfortable retirement, at record lows between 2009 and 2013, increased in 2014. Eighteen percent are now very confident (up from 13 percent in 2013), while 37 percent are somewhat confident. Twenty-four percent are not at all confident (statistically unchanged from 28 percent in 2013).

However, in the aggregate, reported worker savings remain low, and only a minority appear to be taking basic steps to prepare for retirement. This increased confidence is observed almost exclusively among those with higher household income, but confidence was also found to be strongly correlated with household participation in a retirement plan (including an individual retirement account (IRA)). Nearly half of workers without a retirement plan were not at all confident about their financial security in retirement, compared with only about 1 in 10 with a plan.

âRetirement confidence is strongly related to retirement plan participation,â noted Jack VanDerhei, EBRI research director, and co-author of the report. âIn fact, workers reporting they or their spouse have money in a defined contribution plan or IRA or have a defined benefit plan from a current or previous employer are more than twice as likely as those without any of these plans to be very confident (24 percent with a plan vs. 9 percent without a plan).â

The increase in confidence between 2013 and 2014 occurred primarily among those with a plan (an increase from 14 percent very confident in 2013 to 24 percent in 2014 for those with a plan, compared with level readings among those without a plan (10 percent very confident in 2013 and 9 percent in 2014). VanDerhei explained that a possible reason for improved confidence is the rising stock market and property values.

Retiree confidence in having a financially secure retirement, which historically tends to exceed worker confidence levels, has also increased, with 28 percent very confident (up from 18 percent in 2013) and 17 percent not at all confident (statistically unchanged from 14 percent in 2013). Sixty-four percent of workers report they or their spouse have saved for retirement (statistically equivalent to 66 percent in 2013), although nearly 8 in 10 (79 percent) of full-time workers say that they or their spouse have done so.

The burden of debt

These and other findings are contained in the 24th annual RCS, conducted by the nonpartisan Employee Benefit Research Institute (EBRI) and Greenwald & Associates, Inc. Full results of the 2014 RCS are published in the March 2014 EBRI Issue Brief, released today and available online at EBRIâs website, www.ebri.org Several fact sheets, detailing various aspects of the surveyâs findings, are also available. The survey was underwritten by nearly two dozen organizations.

Among the other major findings in this yearâs RCS:

Most workers havenât (ever) tried to estimate their retirement savings needs. Only 44 percent report they and/or their spouse have tried to calculate how much money they will need to have saved by the time they retire so that they can live comfortably in retirement, a level that has held relatively consistent over the past decade. Workers who have done a retirement savings needs calculation (compared with those who have not) tend to have higher levels of savings.
Workers with some sort of retirement plan, whether through their employer or an IRA, have significantly more in savings and investments than do those without a plan. The large majority (73 percent) of those who indicate they and their spouse do not have a retirement plan (IRA, defined contribution or defined benefit) say their assets total less than $1,000, compared with 11 percent of those who have a plan.

Workers remain committed to savings, despite possible tax changes. Asked how they would respond if they could no longer contribute to employer-sponsored retirement savings plans on a pretax basis, but if instead contributions and subsequent earnings on those contributions were not subjected to additional taxes at withdrawalâbasically transforming the current 401(k) structure to a Roth 401(k) approachâtwo-thirds (65 percent) of plan participants say they would continue to contribute at their current rate(s).

Few seek financial advice, fewer take it. Roughly 1 in 5 workers and 25 percent of retirees report they have obtained investment advice from a professional financial advisor who was paid through fees or commissions. Twenty-seven percent of workers who obtained advice say they followed all of it, but more only followed most (36 percent) or some (29 percent). Retirees are more likely to report following all of the advice (38 percent).