Competing In The Post-Digital Insurance World 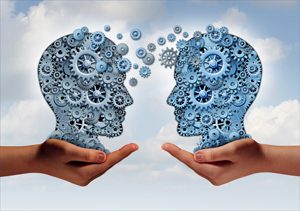 Ms. Smith-Cardineau is writing for Cake and Arrow, a digital and technology consulting firm. Reprinted with permission. Visit here.

March 13, 2019 — Depending on who you ask, the term post-digital was coined by a tech journalist named Russell Davies in 2009 to describe a new paradigm he saw on the horizon. His use of the term in no way suggested that digital was to become obsolete or a thing of the past, rather that digital was becoming so commonplace, so deeply entrenched in how we operate in the world as humans, that to even differentiate something as such would soon be futile. To be post-digital, he explained, would have nothing to do with not being digital, but the opposite; to be post-digital would mean to be totally, completely, and fundamentally digital. Digital to the core. In the words of architectural designer, professor and writer Adam Fure, the post-digital âis deeply digital.â

Fast-forward 10 years, and whether or not we have arrived in the post-digital age Davies described is still up for debate. What is undeniable is that in the 10 years since Davies coined the term we have only become more deeply entrenched in all that is digital, so much so that it now seems easier to point out industries that have not gone digital than those that have. For the most part, the industries that are still lagging behind (think healthcare, insurance, financial services) have all had digital transformation agendas in play for years, yet many are still struggling to digitize even the most basic functions of their businesses and tend to confuse the use of technology that has been around for years (ie. chatbots) with innovation, all the while being left in the dust by industries that either grew up digital or went digital years ago.

These later industries donât have digital transformation agendas; they are already digital. Instead they are focused on true innovation. While acknowledging that digital technology will inevitably play a role in the future, companies doing true innovation arenât focused on technology as an end in and of itself, but are instead embracing and experimenting with different ways of thinking, learning and working that breed creativity, out-of-the box thinking, and ultimately new transformational ideas.

Whether you are just getting started with innovation or are further along on your journey, there are a few key things we encourage our clients to keep in mind when partnering with an agency:

Clients often come to agencies frustrated by past experiences they have had with other agencies; they are tired of paying high dollar and getting “nothing” actionable. All the while they are up to their old tricks, requiring pages and pages of documentation and slide after slide of deliverables that show the work happened. From our experience, slide decks and documentation are never evidence that innovation or transformation has taken place, and are seldom a playbook for how to achieve it. Evidence of innovation and transformation can be best measured by looking at you (and your team) and how mindsets have shifted over the course of the engagement. If the engagement has been successful, people think, work, and operate differently. In short, you are the deliverable. Everything else is just office decoration.

Our advice. Stop asking your agency partners simply what you are going to get or what they are going to help you build. If this is what you expect out of a successful engagement, you are looking for, and buying the wrong thing. That website redesign isnât going to change much of anything, at least not anything sustainable or real if you havenât actually learned anything. Your mindset hasnât changed. Instead of expecting your agency partner to leave you with cool new product ideas, expect them to teach you how to think like they do.

Going through a design-thinking process is about living in the messy, no clear lines/phases between things. If you havenât come to terms with that ambiguity, you havenât really experienced what it feels like to work in this very different way. Let alone explain it to others, no matter how clear that project plan is. Itâs not just different outputs, or a different process. Itâs actually a different way of thinking. You should be buying mindsets and outcomes not things. Think of it as Marie Kondo for your brain.

Letting Go Of ‘Business As Usual’

For this to happen, youâll need to let go of control, of rigid lines, of business as usual. For innovation to work at scale you have to stop evaluating the in-between against a rigid framework (i.e the three year plan, the requirements document), and start measuring outcomes. Your success or failure is dependent on that truly incongruous detail. Can you imagine if Starbucks had a three year plan that they refused to move away from? Instead they are constantly responding to, and evolving the customer experience. They experiment, they test, and what works gets rolled out and what doesnât gets designed out. They donât just innovate at the product level, they innovate at all levels of the business from manufacturing down to the drink straw. Thatâs why they were named the most innovative company by Fast Company in 2018.

Stop asking your agency partners simply what you are going to get or what they are going to help you build. If this is what you expect out of a successful engagement, you are looking for, and buying the wrong thing...

Innovative companies have innovative cultures, not just innovative people. While transforming mindsets should be the goal of an agency partnership, changing one person, or even three isnât enough. Innovation is about investing in new mindsets in order to change how the whole organization thinks. Much like Starbucksâ end-to-end approach or Microsoftâs famous shift from a know-it-alls culture to a learn-it-all culture; the responsibility of innovation is on everyone at every level of the business. Toyota is famous for making every-single-person on the workforce focus on continued improvement. Thatâs what it takes. Success in innovation is about respecting and empowering everyone, the model for a true learning organization.

No matter how “innovative” you or your immediate team is, the larger business you reside within is probably still operating very traditionally (unless you are one of the lucky few). The same poorly structured incentives, the same operational structures, the same LOBs, the same territorial blindness, and the same power politicsâ all of which are the death knell to innovation. Innovation today requires much more than a surface remodel, it requires a new business model. It also starts at the top-down. That grassroots stuff, it’s cute, but it rarely works and requires an incubation period way longer than most businesses have the patience for.

You can’t just snatch all the innovative thinkers and plop them onto a new “innovation lab” and assume the barriers are gone. All you’ve done is just create a siloed vacuum of a bunch of smart people that “get it.” The problem is that a large percentage of them have only an academic understanding of what an innovation process actually âfeelsâ like. They have to be setup for success at the highest-levels of the business. In the end, those corporate innovation labs almost always end up hiring an agency to âfix thingsâ or to get âresults faster.â Worse is when they want to learn new ways of working, but donât make time for it and arenât around for the actual learning part.

Innovation is more than a process… Itâs an experience

âTo achieve breakthrough results, you can’t just change what you do.â¨ You first must change how you thinkâ¦ New thinking leads to new doing.â – Mark Bonchek

True innovation goes beyond practices and processes. If you havenât experienced it, itâs hard to explain it. Thereâs a deep understanding that comes from real, in-the-f***ing-trenches, problem solving. Innovation is all about learning a new way of thinking and working. Itâs about developing a nimble mindset that allows you to move through an ambiguous problem solving exercise, constantly revisiting your original thesis, to solve wicked problems. This kind of thinking requires an honesty and a flexibility, that is contradictory to most command/control structures. All that success of those Silicon Valley people isnât because they are âAgile.â It’s because they solve problems differently; as a collective thatâs a very powerful thing. You have to want to âthink differently,â not just want to be successful. And you canât learn to think differently, unless you actually experience what itâs like.

And this experience is something everyone in an organization needs to get a taste of. Here at Cake & Arrow, we run workshops with our clients where the whole output is shifting how a department thinks, giving them hands-on experience with the methods to help them sustain that shift. To do so, we arenât just working with the âcreativesâ or the âinnovative thinkersâ within that department. We are working across the organization, with people from marketing, from operations, from IT etc. In doing so, we help them move from a service mindset (cog-thinkers are quickly being replaced in todayâs world of automation), to one where they form strategic relationships with their partners across the business. These new patterns of interaction are what businesses need in order to solve complex problems today. With the proper support, fundamental change like this can cascade throughout an organization, providing longer-term, sustainable transformation.

Every now and again, in partnership with amazing Agency X, companies manage to bring that consumer optimized digital experience to market. While thatâs all fine and good, itâs just the beginning. Without the right minds on hand to actually continue to evolve and sustain that product long-term, they will eventually end back right where they began. They relapse and two years later, they go right back to the agency to re-design and re-launch the experience. This is because they bought a thing (a website, an app, a sparkly powerpoint) and not a mindset. Innovation is about a new way of working; itâs a different way of problem solving that requires continuous nurturing to expand and grow. When it comes time for your next project, stop buying deliverables, and instead invest in mindsets. Only then will you have the right tools to solve for whatâs next and finally move beyond your digital transformation agenda, because now, you have actually transformed, and digital was only part of the story.