When It Comes To Retirement Plans, Size Matters 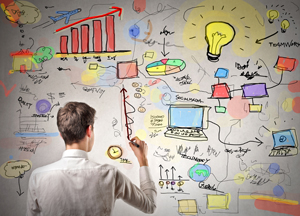 Fee lawsuits and Department of Labor fee disclosure requirements have made defined contribution (DC) plan sponsors laser focused on plan fees. One apparent result has been that such fees have declined overall. According to analysis by BrightScope and the Investment Company Institute (ICI), between 2009 and 2015, total plan costs across all 401(k) plans declined by 14 basis points.1 This has translated into potentially improved retirement prospects for workers. According to the EBRI Retirement Security Projection Model (RSPM), workers ages 35-39 who enjoy 14 basis points fewer plan expenses can expect close to a 4 percent bump in net retirement savings surplus (NRSS)2 when they retire.

While a 4 percent increase in retirement income adequacy is good, participants can experience significantly greater increases by simply benefiting from the economies of scale of large versus small plans

Statistics like these have prompted bipartisan support of initiatives intended to increase availability of open Multiple Employer Plans (MEPs). The thinking goes that open MEPs allow small employers to band together and gain economies of scale to overcome inefficiencies currently preventing them from making cost-effective DC plans available to workers.

In 2016, the Commission on Retirement Security and Personal Savings of the Bipartisan Policy Center (BPC) advocated the creation of a new type of open MEP that would be covered by ERISA3 for businesses with fewer than 500 employers.4 More recently, a provision in the Retirement Enhancement and Savings Act of 2018 (RESA) seeks to facilitate the availability of open MEPs by modifying regulatory provisions such as the âone bad appleâ rule that might otherwise hinder open MEP availability.

Critics of open MEPs point to the daunting challenges associated with supporting large numbers of low balance accounts and other administrative considerations, which suggest that economies of scale will be very difficult to achieve. They further point to the potential for abuses if implementation and oversight arenât well thought out.

However, EBRIâs projection analysis shows that there are potentially gains to be made if open MEPs can achieve even some of the economies of scale of larger plans for small businesses.

1The BrightScope/ICI Defined Contribution Plan Profile: A Close Look at 401(k) Plans, 2015. March 2018
2The net retirement savings surplus is equal to the present value (in 2018 dollars) at the end of each householdâs simulated lifespan of the surplus wealth in retirement (for those who are not simulated to run short of money in retirement) less the savings shortfalls (for those who are simulated to run short of money in retirement). For additional information, see VanDerhei, Jack. âRetirement Savings Shortfalls: Evidence from EBRIâs Retirement Security Projection Model.Â®â EBRI Issue Brief No. 410 (Employee Benefit Research Institute, February 2015) http://bit.ly/ebri-2015-february-ib-pdf
3Employee Retirement Income Security Act of 1974
4The BPC was chaired by Kent Conrad (former Senator of North Dakota) and James B. Lockhart III (former Executive Director of the Pension Benefit Guarantee Corporation (PBGC)). The name of the report is: Securing Our Financial Future. http://bipartisanpolicy.org/wp-content/uploads/2016/06/BPC-Retirement-Security-Report.pdf