Study: Children are Source of Financial Stress and Motivation 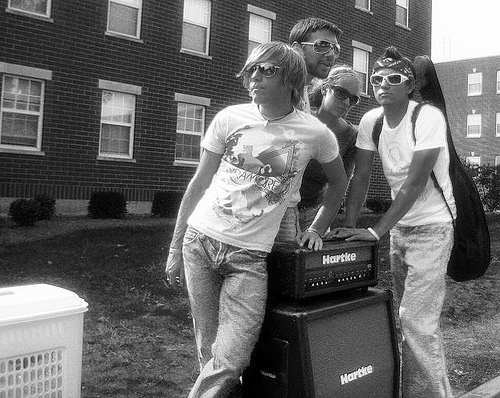 August 05, 2014 – MINNEAPOLIS–(BUSINESS WIRE)–When it comes to saving for the future, many of todayâs single parents are placing a higher emphasis on saving for their childrenâs education than funding their own retirement, according to LoveFamilyMoney,* a new Allianz study looking at todayâs American family and finances. When asked about their motivation for developing and executing a long-term financial plan, nearly half (45%) of single-parent respondents identified âsaving for my kidsâ educationâ versus only 26% of other modern families** and 39% of traditional families. However, this savings strategy is proving problematic for these single parents, as more than three-quarters (76%) said that preparing for retirement and their childâs college expenses at the same time causes them a great deal/some stress.

This response comes despite the fact that these single parents indicate they are on a relatively stable financial footing and exhibit strong confidence in their financial planning skills. Single-parent family respondents in the study had an average annual household income of nearly $85,000 (the study required a minimum of $50,000 for all cohorts) with an average of only 6% of their income coming from child support and nearly two-thirds (64%) receiving no child support at all. Along with solid earnings, more than four in ten (41%) single-parent families reported having excellent/above average knowledge/expertise with financial planning compared to only a third of other modern families.

Yet, balancing retirement savings and college funding continues to be a complex issue for this group. Although more single parents identify themselves as savers (62%) than spenders (38%), more than three-quarters (76%) say they are worried about running out of money in retirement compared with only 70% of traditional families. And less than half of single parents (45%) indicate they know exactly what steps to take to ensure they have a comfortable retirement. This compares with nearly six in 10 (57%) of traditional family respondents who believe they understand the steps necessary to ensure a comfortable retirement.

Parents are dedicated to their children’s education

âSingle parents are forced to solve the retirement equation by themselves, which places tremendous pressure on their ability to find the right balance between saving for their childrenâs college expenses and saving for their own future,â said Allianz Life Vice President of Consumer Insights Katie Libbe. âBecause they are on their own, single parents often lack the flexibility to address multiple goals, and therefore tend to have a more narrow focus on their savings priorities.â

Although single parent respondents seem willing to prioritize their children ahead of themselves, they also recognize that this can have negative repercussions

Although single parent respondents seem willing to prioritize their children ahead of themselves, they also recognize that this can have negative repercussions. More single parents (37%) agree that they are putting their financial future at risk to take care of their children than other modern families (32%). As a result, nearly half (49%) of all single parents say they cannot possibly save enough for retirement.

Despite this, single parents remain dedicated to assisting their children either through college funding or getting them started financially. Forty-five percent of single-parent families said it is a parentâs responsibility to help adult children get started financially, versus 37% of other modern families.

âWhile single parents have several options to help pay college expenses â including grants, scholarships, and student loans â theyâre solely responsible for their own retirement savings,â added Libbe. âDepleting their nest egg to fund education costs can be dangerous. To avoid sacrificing retirement savings, a good plan may be to explore college saving and borrowing options first, then determine how those tactics fit with their larger savings strategy.â

About Allianz
Allianz has been providing financial services through its affiliates in the United States since 1896. We offer world-class expertise across a wide range of financial services, from active asset management to innovative solutions to help grow and protect income in retirement. As a leading global financial services company with more than 147,000 employees in 70 countries, we’re proud to make a difference in the lives of our more than 83 million clients worldwide each day. To learn more about Allianz, visit us online at here.

*The Allianz LoveFamilyMoney Study was conducted by The Futures Company via an online panel in January, 2014 with more than 4,500 panel respondents ages 35-65 with a household income of $50K+, and was commissioned by Allianz.

**In the LoveFamilyMoney study, Allianz identified seven distinct family structures, or cohorts, one being the traditional family â those married to someone of the opposite sex with at least one child under 21 living at home, who do not fall under one of the modern family cohorts below. The study also looked at six other modern family cohorts: