The Clues Within November Jobs Report 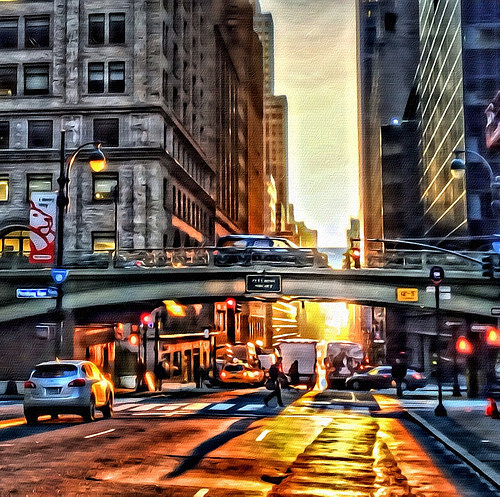 Markets ended the first week of December with a bang, rallying for the seventh straight week, though the Nasdaq gave in to selling pressure and closed slightly down. Investors used an upbeat November jobs report as an excuse to rally, giving the Dow another record close for the year. For the week, the S&P 500 added 0.38%, the Dow grew 0.73%, but the Nasdaq fell 0.23%.

The November jobs report showed that the economy gained 321,000 new jobs last month, though the unemployment rate held steady at 5.8%. Job growth was widespread, showing improvement in several sectors of the economy.

Quitting their jobs in greater numbers

Another report supported the view that the labor market is making great strides. Americans quit their jobs in greater numbers in September than in any period since April 2008. Voluntary separations are a sign of increased dynamism in the labor market as workers quit to take advantage of better opportunities. Young employees are among the most aggressive job-switchers; many that were forced to take low-paying jobs early in the recovery are taking better positions. Employers, who have long held the upper hand, are scrambling to keep key workers, and recruitment for many in-demand areas is up.

Americans quit their jobs in greater numbers in September than in any period since April 2008. Voluntary separations are a sign of increased dynamism in the labor market

What does this mean for the economy? Hopefully, higher incomes, increased upward mobility, and higher consumer spending. We may also see increased demand in the housing market as household formation among young Americans – which dropped precipitously during the recession – picks up.[4]

Black Friday numbers came in last week and showed that spending over the Thanksgiving weekend unexpectedly dropped about 12% over last year.[5] While the results are quite puzzling, given the general improvement in consumer fundamentals, research shows that Black Friday trends are not strongly correlated with overall holiday season shopping.[6] Though the early numbers are a bit of a disappointment, there’s still room for a solid retail season.