What are the costs to the U.S. economy for broadband access?

New research from Deloitte underscores just how much the global economy relies on access to the internet, affecting everything from job growth to GDP. Why does this matter to you? 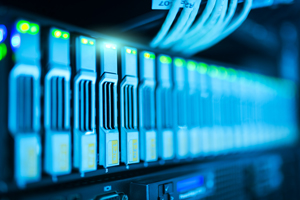 The COVID-19 pandemic forced much of the U.S. population to trade classrooms, offices and conference rooms for at-home screens. Many Americans were left stranded by inadequate or unaffordable access to internet connectivity or mobile devices. This reality has resulted in a pivotal moment for the U.S. economy, with financial prosperity, educational opportunities and personal/professional productivity, depending on reliable, affordable and fast internet connectivity for all. More than $100 billion of infrastructure investment has been allocated by the U.S. government over the past decade to address this issue; however, the digital divide still presents a significant gap.

Deloitte today released a new report titled, “Broadband for all: charting a path to economic growth,” that uses economic models to evaluate the relationship between broadband and economic growth. It proposes a geographic segmentation that distinguishes the specific needs of different under-served geographies, better reflecting their unique challenges. The report also provides insights into the benefits associated with various broadband speeds and adoption rates in order to optimize economic and social benefits, while reducing inefficiencies.

Optimism over the past 10 years that billions of private and public investment in underserved geographies for broadband access and adoption would help close the digital divide has waned as outcomes have often disappointed. Previous programs increased the number of people with access to the FCC’s definition of broadband by less than 1% (<1%; 1.6 million people) between 2014 and 2019, partially as a result of the changing definition of broadband. The report notes:

“The pandemic hastened the pace of a decades-long trend in which innovative applications are increasingly essential to enhancing educational opportunities, organizing our lives, connecting with colleagues and friends, improving workplace productivity and enriching the quality of lives. If large segments of our population lack the necessary communications infrastructure to participate, progress will be increasingly difficult.”
â Dan Littmann, principal, technology, media and telecommunications, Deloitte Consulting LLP

“When it comes to the public or private broadband investments to close the digital divide, the economic benefits are clear, but will require stakeholders to navigate potentially competing priorities across emerging technologies that can meet needs in the near-term, the long-term desires for faster speeds, and financial support for devices and in-home equipment.”
â Jack Fritz, principal, technology, media and telecommunications, Deloitte Consulting LLP

Deloitte provides industry-leading audit, consulting, tax and advisory services to many of the world’s most admired brands, including nearly 90% of the Fortune 500Â® and more than 7,000 private companies. Our people come together for the greater good and work across the industry sectors that drive and shape today’s marketplace â delivering measurable and lasting results that help reinforce public trust in our capital markets, inspire clients to see challenges as opportunities to transform and thrive, and help lead the way toward a stronger economy and a healthier society. Deloitte is proud to be part of the largest global professional services network serving our clients in the markets that are most important to them. Building on more than 175 years of service, our network of member firms spans more than 150 countries and territories. Learn how Deloitte’s more than 330,000 people worldwide connect for impact at www.deloitte.com.

Deloitte refers to one or more of Deloitte Touche Tohmatsu Limited, a UK private company limited by guarantee (“DTTL”), its network of member firms, and their related entities. DTTL and each of its member firms are legally separate and independent entities. DTTL (also referred to as “Deloitte Global”) does not provide services to clients. In the United States, Deloitte refers to one or more of the US member firms of DTTL, their related entities that operate using the “Deloitte” name in the United States and their respective affiliates. Certain services may not be available to attest clients under the rules and regulations of public accounting. Please see www.deloitte.com/about to learn more about our global network of member firms.