The New Face Of Advisory

Clients Over 65 and Still Working? Beware! 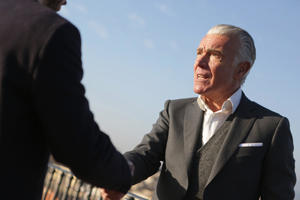 Ms. Mantell is the founder and president of Mantell Retirement Consulting, Inc., a retirement business development, marketing & communications, and education company supporting the financial services industry, advisors, and their clients. She is author of âWhatâs the Deal with Retirement Planning for Women?â, âWhatâs the Deal with Social Security for Women?â and blogs at BoomerRetirementBriefs.com.

In a November 2020 Advisor Magazine article, I covered how younger retirees can be caught off-guard when trying to figure out Medicare and Social Security, and how there are points of intersection between the two programs that influence one another. At that time, there were millions of early retirees due to the COVID-19 pandemic. Whether for health concerns or the company went out of business, many clients nearing age 65 decided to call it quits. And, they were figuring out the integration of Medicare and Social Security.

Regardless, there are millions of 65+ people in the workplace today. And, they are on a collision course if they arenât properly planning for Social Security and Medicare while still getting employer group health plan (EGHP) insurance. There are several important factors among and between these programs for advisors to know about as more and more clients retain their status as âactive employees with benefits.â

To Work after 65, Employment Laws Had to Allow for the Opportunity

There are many different laws that govern older workersâ employment. For most of the twentieth century, there was a mandatory retirement age of 65. So, the first order of business was to pass laws to allow older workers to continue to work. And, you may be surprised by the definition of âolder.â

The Federal Age Discrimination in Employment Act of 1967 (ADEA) passed, prohibiting age discrimination after age 40. This law also promotes employment of older workers based on ability, not age. Two other employment laws furthered the opportunities for baby boomers and future generations to work until much older ages:

It wasnât until the 1980âs that workers had the option to work as long as one wanted. But, working longer didnât mean access to benefits. Specifically, older workers generally lost access to their employer health insurance at age 65. Even though these older workers would be eligible for Medicare, it set up a discriminatory situation in the workplace. Next up was a law to address the health insurance situation:

There were two significant areas of the Social Security Act that added to the mix of being an older worker. The first occurred with the Social Security Amendments of 1983. Here, Full Retirement Age (FRA) increased from 65 to between 65 and 2 months to age 67. Yet, Medicareâs entry age remained at 65.

To remedy this discrepancy, the Senior Citizenâs Freedom to Work Act of 2000 (SCFWA) was enacted into law. This law repealed the Social Security earnings limit test for workers who reach their FRA while still employed. This law allows older workers who are at or beyond FRA to earn any amount of wages with no clawback to their Social Security benefit.

And, Letâs Not Forget About Medicare Secondary Payer Laws and Health Savings Accounts

You begin to see how making changes to one set of laws unconsciously impacts a completely different set of laws. For older workers, another unintended consequence came when receiving health insurance from an employer after age 65. Who should pay the claims for a Medicare-aged worker? Shouldnât they really be Medicare expenses?

Enter the Medicare âSecondary Payerâ laws. Under these laws, added to the Social Security Act in 1980, ordering rules determine who pays for what depending on the age of an employee and the types of health insurance coverage he has. For example, if a 68-year-old employee working full-time keeps his EGHP and enrolled in Medicare Part A, the employerâs group plan pays first, and Medicare Part A picks up any residual costs as the âsecondaryâ payer. So long as the employer has more than 20 employees and the claims are for hospitalization charges normally covered by Medicare.

It wasnât until the 1980âs that workers had the option to work as long as one wanted. But, working longer didnât mean access to benefits. Specifically, older workers generally lost access to their employer health insurance at age 65. Even though these older workers would be eligible for Medicare, it set up a discriminatory situation in the workplace...

Seems innocent enough until you look at all the possible configurations a client might have while working:

There are many more possible configurations for workers and their spouses or partners. And Medicare Secondary Payer laws are different for companies with fewer than 20 employees. Or if the employer is a union shop offering health benefits. Or the Federal Government or certain states who have their own health plans for retired employees. And, letâs not forget disabled employees who have access to Medicare before age 65 and also have EGHPs.

To say this all gets wildly complicated is an understatement.

Significant issues can arise for clients who work well past age 65. And they often have no idea of the collision course they are on. There are many points of intersection that cause unintended consequences. Letâs look at a few common situations:

You and Your Clients Need a Ph.D. in Working after 65

Employer benefits groups have been making health insurance decisions for their workers for decades. As a result, workers have no insights into this level of health insurance complexity. Ordinarily, there is no reason why they would know any of these crazy rules. Leave it to the experts.

But that needs to change for older workers. As more and more clients work longer, they need to understand their EGHP, Medicare, and Social Security both as individual programs and at the collision points. Mistakes, penalties, and gaps in coverage can derail even the best laid retirement income plans.

Financial advisors who can help clients get ahead of the collision will be invaluable to their clients. Start the conversation about working after 65 with clients early. You donât have to know all the ins and outs of what their employerâs health plans offer, but you do need to get clients on the road to knowledge. Trying to figure this out last minute simply doesnât work.