Cities Where Inflation Is Rising The Most

Though inflation has started to slightly trend downward due to factors like the Federal Reserve rate hikes, the year-over-year inflation rate was still a whopping 8.3% in August

A new report from WalletHub compared 23 major MSAs (Metropolitan Statistical Areas) across two key metrics involving the Consumer Price Index, which measures inflation to determine the cities where inflation is rising the most â and thus is the biggest problem. View the full report here. 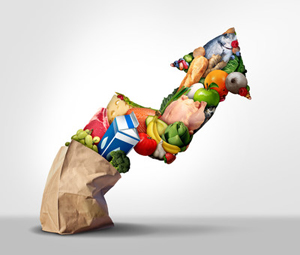 With the year-over-year inflation rate at 8.3% in August, the personal-finance website WalletHub today released its report on the cities where inflation is rising the most, as well as accompanying videos and expert commentary.

WalletHub compared the Consumer Price Index for the latest month for which BLS data is available to two months prior and one year prior to get a snapshot of how inflation has changed in the short and long term.

What are the main factors currently driving inflation?

âInflation is caused by persistent increases in demand and/or persistent decreases in supply. While we have had some supply shocks, these have stabilized. So demand would seem to be the culprit now and going forward. The Federal Reserve has had an excessively expansionary monetary policy during the pandemic and was slow to back off as the economy returned to full employment. This is the primary reason why prices have been surging, although government giveaways contributed Interestingly, the recently announced forgiveness on college borrowing debt is equivalent to a massive tax reduction, as much as a trillion dollars. This, according to most textbooks, will raise spending and the price level but not be responsible for inflation (persistent increases in prices going forward).â
– Burton Abrams â Professor, University of Delaware

âEconomists tend to categorize inflation as either cost-push (i.e., supply side) or demand-pull. Current inflation is driven by both sides! On the supply side factors include supply chain disruptions, Covid lockdowns in China, and energy price shocks from Russia’s invasion of Ukraine. On the demand side, Congress and the Federal Reserve provided substantial stimulus during the pandemic in multiple forms, and it looks now like policymakers overshot a little bit with those efforts, resulting in too much money chasing not enough goods.â
– Alan Green â Associate Professor; Chair, Economics Department, Stetson University

Is raising interest rates a good or bad solution to control inflation?

âRaising interest rates is a double-edged sword. On the one hand, when companies buy out their competitors through mergers, they often do so with borrowed money. Thus, raising the interest would reduce the incentive to undertake mergers and, in that sense, would be good for consumers, as it would create more choices and help bring prices down. On the other hand, small independent firms use low interest rates to invest in new equipment and produce quality. Raising interest rates would make it harder for small independents to thrive. In reality, we have other tools that we should use to fight inflation: enforcing antitrust laws to prevent mergers and increasing funding for regulation of businesses (such as certain electricity providers), which have the market power to raise prices quite high. Private equity purchases companies, saddles them with debt, and then sells the company, resulting in the company (now laden with debt) later attempting to raise consumer prices.â
– Marie Duggan â Professor; PhD economist, Keene State College

âIt is the least bad solution. There are no good solutions to controlling inflation because reducing inflation requires reducing the amount of money in peopleâs pockets relative to the amount of goods available to purchase. Raising interest rates tends to spread out the pain, though some folks lose more than others â those who must borrow money, for example, must pay higher interest rates on their loans. And those who work in businesses that depend on low-interest rates to remain profitable or expand will be harmed as well.â
– Scott Deacle â Associate Professor; Department Chair, Ursinus College

What does the current inflation rate tell us about the future of the economy?

âWe should expect economic growth to slow (best case scenario) or to contract (worst case scenario). As the inflation rate rises, interest rates will also rise. This not only makes borrowing more expensive, but it makes planning future projects riskier for firms. As firms acquire less capital (the machines, tools, buildings, etc. needed for production), the economy grows more slowly. At the same time, households will not be able to buy as much as higher prices mean that income will not go as far. This will also slow growth in the economy. Ultimately slowing the economy down is what is needed to get inflation back under control.â
– Amanda King, Ph.D. â Professor; MSAE Program Advisor, Georgia Southern University

âMuch of our current inflation comes from a unique circumstance â an economy emerging from a pandemic with lots of money floating around and lots of adjustments being needed to supply chains, etc. In a few years, we will likely be looking at this situation as a rare event that does not tell us much about the future. However, the shock from energy prices does reinforce that the U.S. economy is still reliant on high energy consumption, much of it from fossil fuels. Transitioning away from that dependence will help avoid future energy shocks to inflation (not to mention the many other benefits).â
– Alan Green â Associate Professor; Chair, Economics Department, Stetson University