Amid all the Geo-Drama, U.S economy continues a robust rebound 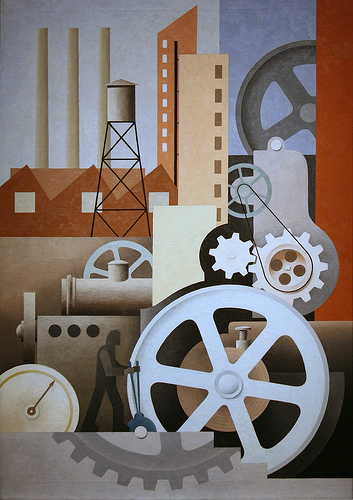 by John Osterweis and Matt Berler

Mr. Osterweis is Founder, Chairman and CIO and Mr. Berler is President, CEO and Portfolio Manager at Osterweis Capital Management, Milwaukee, WI. Osterweis Capital Management was founded in 1983 and currently manages $9 billion in assets, employing a risk-averse investment philosophy predicated on the belief that strong long-term investment results are best achieved through a compounding of reasonable gains and the avoidance of major losses. Visit www.osterweis.com. Reprinted with permission.


Sitting down to write this quarter’s Outlook we feel a bit sheepish. Despite all the headlines and drama around the world (e.g., Greece, Mid-East turmoil, China stock market bubble), not much has changed in our outlook for the U.S. economy or the U.S. financial markets.

The U.S. economy appears to have rebounded in the second quarter from the first quarter swoon. New jobs are being created at a steady clip, which continues to lower the unemployment rate and nudge up wages. Housing persists in its grudging recovery. Commodity inflation is nil and inflation remains low. Business capital spending is anemic. The dollar is strong. Despite the sluggishness of the overall economy, corporate profits, excluding energy, continue to grow and margins remain at record highs. In short, this is what we have been saying for several years.

The stock market appears to reflect all this good news. Valuations are above average. The current P/E multiple of 18x is above the long-term average of 16x but well below the 24x it averaged at the last couple of market peaks. Investors are obsessing over the risk implied by current valuation levels and what will happen when the Federal Reserve (the Fed) finally starts to tighten later this year.

We doubt it. In a recent meeting, Ed Hyman of Evercore ISI Economics noted that the stock market typically continues to rise for about four or five years after the first Fed tightening. Likewise the economy does not roll over into recession until about the same time. This makes sense because the early phase of a Fed tightening cycle reflects general economic strength. It is only later when labor and capacity factors get too tight and inflation accelerates that the Fed tightens to such an extent that it causes a recession and sends the stock market into an ursine downward spiral, otherwise known as a bear market. If history repeats itself this cycle, we may not see this for another few years.

Between now and the onset of the next real bear market there could, of course, be a hiccup or two. Problems abound around the world and any one of them could flare up and temporarily spook the market. Recent flare-ups include the latest Greek “crisis,” Puerto Rico’s technical bankruptcy and the speculative excesses of China’s stock market. After rising fairly steadily for four years, the stock market may be due for a correction, and corrections can be unsettling. But they are generally short lived. Real bear markets are much more protracted and much more vicious. We do not think the conditions are in place for a correction to turn into a bear market.

As of this writing, it appears that the Greek drama may be coming to a reasonable resolution with the Greeks agreeing to needed reforms in return for further credit extensions. Assuming this agreement holds, it seems that at least for the next few years, the eurozone will hold together.

Rather than chase the latest fad, we prefer to search for the ugly ducklings that can turn into beautiful swans

Of greater concern is the situation in China. A major slowdown or hard landing there may have far-reaching ramifications because of China’s size and its importance to other countries in Asia and Latin America (e.g., Brazil, Argentina, Chile), which could be hit with slower growth.

On the other hand, any significant Chinese slowdown would take some pressure off commodity demand and prices, thereby ameliorating inflation risk to some degree. This in turn may enable the Fed to go slow on any monetary tightening, which would support the current U.S. recovery and probably the bull market on equities as well. If we are correct that the primary bull market that began in early 2009 may have another few years to go, then we are entering the final third of this bull cycle.

Historically, the late stages of a bull market tend to be more selective than the early stages. In 2009, based on the Russell 3000 Index, approximately 80% of all stocks went up. Last year only about 60% did so. Going forward that percentage may shrink further, making selectivity even more important.

Our selectivity has two components. First, we feel it is important to own stocks that possess a growing stream of earnings, cash flows and return of capital to shareholders. Second, we find it equally important to avoid stocks that are rising based on speculative fever (e.g., technology stocks in the late 1990s).

These stocks can sometimes propel portfolio performance over the short-term, but eventually they tend to collapse and destroy long-term performance. We take this dual nature of selectivity very seriously. Rather than chase the latest fad, we prefer to search for the ugly ducklings that can turn into beautiful swans. In other words we are comfortable sacrificing over the short-term in pursuit of long-term performance.

By avoiding currently overly popular stocks and instead searching out unpopular, out-of-favor names, we are simultaneously trying to limit risk and enhance long-term returns. After six years in a grinding recovery accompanied by a bull market and low interest rates, it is not as easy to find ugly ducklings as it was in 2009.

Very few good companies, outside of some over-leveraged energy companies, are really in trouble. Pretty much all have been able to refinance their debt at lower interest rates. Moreover, six years of a bull market have left few, if any, stocks at mouth-watering, back-up-the-truck depressed valuations.

Still we are finding a handful of misunderstood companies that are growing earnings at attractive rates and selling at relatively cheap valuations compared to other similar businesses or the overall market.

On balance, we believe the companies we own should deliver strong earnings and cash flow growth over the next twelve months. Perhaps more importantly, we think these companies can continue to grow earnings at attractive rates over the next three years assuming only moderate economic growth and gradual increases in the federal funds rate.

Additionally, we expect the growth of these companies’ corporate profit margins may outpace that of the broader S&P 500 Index over the next one to three years. The implication of this expected growth is that valuations may become more attractive again looking out 12-24 months from now. Until then, we expect many companies to continue to raise their dividends, repurchase their own stock and engage in mergers and acquisitions at accelerated levels.