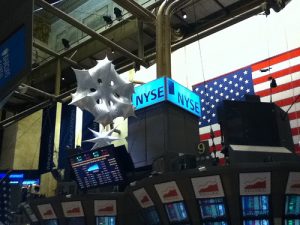 The major indices closed out a volatile week on a mixed note, though the Dow was able to notch another all-time closing record on Friday. Though stocks showed some momentum mid-week as investors bought the dip, they lost conviction on Friday as traders trimmed exposure ahead of the weekend. For the week, the S&P 500 lost 0.14%, the Dow gained 0.43%, and the Nasdaq fell 1.26%.

Fed Chair Janet Yellen spoke before the House and Senate about the state of the economy. Her testimony was mostly upbeat and she reassured lawmakers that economic activity should pick up speed after the slow first quarter. However, she expressed concern about weakness in the housing sector and indicated that Fed economists will be watching the sector closely in the coming months. Despite housing sector worries, the Fed will continue to pare back bond purchases and still plans to wrap up current quantitative easing programs by this Fall.

Yellen spoke before the House and Senate about the state of the economy. Her testimony was mostly upbeat and she reassured lawmakers that economic activity should pick up speed after the slow first quarter

Ukraine is slipping closer to civil war as pro-Russian separatists in Eastern Ukraine move ahead with a disputed referendum on self-rule. Though Russia denies any role in the escalating conflict, Western leaders fear that Russia is funding rebels in order to absorb the Russian-speaking eastern portions of Ukraine. On the positive side, Russian President Vladimir Putin seems reluctant to engage in a showdown with the West by sending in troops. A destabilized Ukraine could lead to disruptions to natural gas supplies and other economic damage in Europe.

The week ahead is packed with important economic data, and analysts will be closely watching retail sales and business inventory numbers as well as the next consumer sentiment report to get a feel for how strong demand is in the second quarter. Though housing data is still expected to be weak, analysts are hopeful that warmer weather will boost activity.