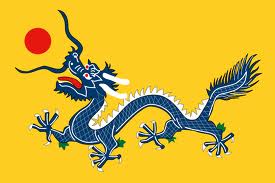 Once you think of China as a teenager in her “awkward stage,” it may become easier to understand the unfolding dynamics. When it comes to foreign exchange, China’s latest move may be best explained by her desire to play with the grown-ups.

This may have implications that go far beyond the U.S. dollar and Chinaâs Yuan (“CNY” or also the Renminbi or “RMB”).

On August 11, 2015, the Peopleâs Bank of China (PBoC), set the CNY fixing nearly 1.9% lower versus the U.S. dollar compared to the previous day;1 during the subsequent days, the currency fell further, but – as of this writing – has stabilized. Resulting headlines included:

We all like a little drama, but letâs first debunk these headlines before focusing on whatâs happening:

China is clearly not the first if indeed this were a shot in the currency wars. The U.S. was the first major country to pursue quantitative easing, or “QE”, the ultra-loose monetary policy that paved the way for Japan and the Eurozone, to name just the two biggest ones, to follow suit.

If China were really breaking this line of “global economic defense”, we would see a 20% or more deduction. Keep in mind that in our analysis, Chinaâs currency has substantially appreciated on a trade weighted basis versus its peers and the drop we have seen is unlikely to have a major impact on Chinaâs economy in the short-term.

Barronâs relates Chinaâs move to President Richard Nixonâs August 15, 1971 “temporarily” abandoning what was left of the gold standard (Barronâs 8/17/2015). As far as significance is concerned, we tend to agree that it may be as relevant. But Nixonâs move was one of throwing in the towel after much gold had left U.S. vaults. China, in contrast, holds about $1.5 trillion in Treasuries (“about” because two hundred billion are held via custodial accounts in Belgium and other places that may or may not all be publicly disclosed) and while there have been times this year when China has sold Treasuries, we see no sign of desperation; details of major foreign holders of Treasury Securities are available at Treasury.gov.

The reason why the Nixon comparison is valid nonetheless is because it may well also be historically just as significant. China has been courting the International Monetary Fund (IMF) to have the yuan be included in the IMFâs Special Drawing Rights, the SDRs. SDRs are a claim on a basket of currencies comprised of the U.S dollar at 41.9%; the euro at 37.4%; the British pound at 11.3%; and the Japanese yen at 9.4%. In July, Greece, for example, paid back (with delay) the IMF SDR 1.16 billion in loans worth about â¬2 billion or $2.2 billion. As such, the IMFâs SDR are considered an international reserve currency that member countries can tap into.

Conversely, should the RMB be included in the IMFâs reserve currency, there is an expectation that central bank managers that use SDRs in their reserve currency management will add CNY. While most central banks manage their currency reserves according to their particular needs and not specifically SDRs, an inclusion in the SDR basket may show the world that Chinaâs currency is ready for prime time, i.e. that it plays in the same league as the U.S. dollar, euro, the British pound, and the Japanese yen.

The IMF reviews its basket every five years and is expected to announce soon whether the RMB is to be included, likely in November of this year. The IMF welcomed Chinaâs recent moves, stating, amongst others, “a more market-determined exchange rate would facilitate SDR operations in case the Renminbi were included in the currency basket going forward.” Thatâs because the IMF helps facilitate SDR trades (think of them as a market maker) and might prefer to get market prices rather than those set by a bureaucrat.

What this is really aiming at is that China needs to continue opening its capital account, i.e. allow more cross border capital flows. The IMF has published a study that proposes a nine month transition period before the new basket is established; we interpret this to mean that the IMF appears eager to include the RMB and is bending over backwards to try to make it possible. That same study also emphasized that the IMF criterion for inclusion as part of the SDR basket is not that a currency is freely convertible, but that it is freely usable.

A tale of two Yuans

All that said, what has China done that spooked the market? Every day, China sets a “CNY fix”, an official exchange rate for its currency. In the market, however, there are two market prices: one for “onshore” yuan trading (“CNY”), and another for “offshore” yuan trading (“CNH”). While CNY and CNH are the same currency, due to capital controls, the value of the currency can vary. In the past, the central bank would allow CNY to deviate from the fix, until earlier this month by up to 2%. If that threshold was reached, the central bank indicated it would either intervene in the market or move the fix closer to the market price. As of August 11, however, the regime has changed: now the central bank will move the price towards where the market is, unless it chooses to intervene. Now re-read the previous two sentences a couple of times until you are thoroughly confused, and you have an indication why the market was confused.

if China allows banks to set interest rate according to the risk profile of borrowers, we believe an entrepreneurial boom could be unleashed

If we are not mistaken, what the new regime is meant to indicate is that the market price will now take priority, but the central bank reserves the right to closely manage the exchange rate if they choose to do so. Never in doubt, although not always right, speculators immediately tested the Peopleâs Bank of China (PBoC), pushing the value of the currency to be far weaker than the fix announced on August 11. Rather than fight it, though, the PBoC obliged and moved the fix; and so it has in the days since. Once speculators realized the PBoC is in no mood to fight, a two way market appears to have been established, meaning the currency has had both up and down days since.

In many ways, the Chinese yuan is growing up. They may not want to move to a free-floating currency quite yet as there are still restrictions in place for cross border capital flows. In our analysis, an easing of capital controls is the logical next step. Keep in mind that China has taken care of many other steps already, including the development of both an onshore and offshore fixed income market. We expect these markets to be developed much further and to start to converge more as the offshore CNH moves towards becoming one with the onshore CNY.

In a nutshell, this has nothing to do with an attempt of China to debase its currency, but everything to do with moving towards a more market based economy. The currency happened to have weakened in the immediate aftermath. If you look at Chinaâs recent interventions in the stock market, this might be difficult to believe, but as I indicated at the outset, this is a teenager with growing pains. Chinaâs intervention in the stock market may be compared to Tulip Mania in the Netherlands, an episode for the history books. Chinaâs regime shift in the currency markets, however, may usher in a new era for both China and the global economy.

Well, what does it mean for the Chinese currency and the global economy? The initial reaction has been one of caution, partially because the devaluation was interpreted as an admission by China that its economy was slowing down. I have news: itâs not news that Chinaâs economy has been slowing down.

However, we believe it is a myth to assume that a currency must weaken simply because economy growth is weak. Many other factors affect a currency; just think of Japan where the yen has historically been strongest when growth was weakest; or the Eurozone where the euro had been stubbornly high despite weak economic growth. Japan historically has had a significant trade surplus; the Eurozone has a significant trade surplus; and, yes, China, has a massive trade surplus.

We are not suggesting Chinaâs currency has to go up, but we would like to caution that weak growth in China wonât automatically translate to a weak currency. Much of it will depend on other policies that will be implemented, most notably whether China, over time, will create an environment where investors want to invest. A liberalization of the banking sector may well play a key role here; if China allows banks to set interest rate according to the risk profile of borrowers, we believe an entrepreneurial boom could be unleashed.

The initial shockwave appears over; going forward, as the initial spike in volatility has settled, we expect the Chinese yuan to be more volatile than it was before the regime shift.

Can one invest in the Chinese yuan? At the risk of promoting our own product, the Merk Asian Currency Fund (MEAFX) over the past couple of years has morphed into a mutual fund with over 100% Chinese yuan exposure. This Fund invests in the Renminbi in a variety of ways, including CNH time deposits, dim sum bonds, and CNY forward contracts. We have recently reduced the leverage a bit due to higher volatility of the currency, but the Fundâs Renminbi exposure allows investors to partake in the currencyâs potential appreciation.

Because interest rates are higher in China than in the U.S., the forward contracts allow investors to capture that carry yield in addition to what may be available in the underlying securities. On the flip side, this Fund is more volatile than if it didnât use any leverage. That was rather notable as the Fund plunged when China devalued its currency. Having said that, we consider this Fund as a tool for investors to consider in their toolbox if they want to have exposure to the yuan as the IMF evaluates, and possibly adds the yuan to the SDR basket.