Charitable Donors Intend to Maintain Giving Levels, But May Not Understand Tax Reformâs Impact on Donations 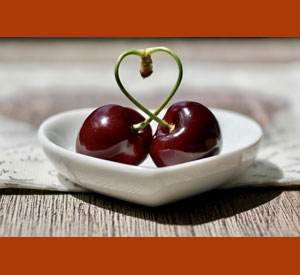 October 10, 2018 —Â BOSTON–(BUSINESS WIRE)–Fidelity Charitableâs new research indicates that donorsâ commitment to giving remains strong in the wake of tax reformâ82% of donors who itemized deductions on their 2017 taxes plan to maintain or increase their giving in 2018.

However, the research also demonstrates these taxpayers may not fully understand how the Tax Cuts and Jobs Act will impact them. Experts predict the increased standard deduction will lead to a 60% decrease in the number of households itemizing tax deductions, because what individuals once itemized, such as property taxes and charitable contributions, may not add up to exceed the higher standard deduction thresholds. More than half of donors (58%) are still planning to itemize in 2018âthough itemizing may not be right for their situation. These findings make it clear that many taxpayers have not worked through how tax reform might affect them personally.

Given the confusion around the new tax law, it is not surprising donors are unaware of strategies available to manage deductions, such as bunching. Only 30% of itemizers have heard of bunching or stackingâmeaning 70% of donors who have previously itemized tax deductions have never heard of this strategy and could be missing out on ways to maximize their tax savingsâincluding their charitable deductions.

With this in mind, Fidelity Charitable has provided questions and resources for donors and financial and tax advisors to ensure they can keep the tax deductions they are expecting while maintaining their charitable giving habits.

Many donors havenât adapted their giving to align with the recent tax code changes, but these questions can help them get started.

Recent Fidelity Charitable research shows donors may not understand the impact of tax reform on their giving. Donors should ask themselves a few questions now about tax reform, to ensure they can keep the tax deductions they are expecting while maintaining their charitable giving.

1. Should I make changes to my giving based on the new tax law?
If your itemized deductions will not exceed the new standard deduction amount, then itâs wise to proactively look at your giving to ensure you are maximizing your gifts. However, because the recommended strategies mean changing giving plans, donors need to make the decision before year-end.

Given the confusion around the new tax law, it is not surprising donors are unaware of strategies available to manage deductions, such as bunching...

2. Should I consider âbunching?â
Bunching can act as a powerful tool for generous givers who also donât want to miss out on the tax advantages of their gifts. Not sure if bunching is right for you? Talk to your CPA or financial advisor.

3. Would donating appreciated stock allow me to give more?
Donors concerned with having the cash to fund a bunching strategy may want to consider giving long-term appreciated stocks. This type of donation means you donât have to use your after-tax income for giving. Even more importantly, you will minimize capital gains taxes that would be due if you sold the securities.

4. Is a donor-advised fund right for me?
Donors considering bunching charitable contributions may wonder how they can maintain their annual support for the charities they care about. With a donor-advised fund, donors are eligible for an immediate tax deduction and then make grant recommendations in the time frame that works best for them.

Take action before year-end
If youâre not clear on your tax strategy for 2018, act now or talk to your tax advisor to learn more about the impact of tax reform and how you can start planning to maintain your giving for years to come.

The data for these summary graphics was obtained from Fidelity Charitableâs 2018 research on giving and tax reform. Data about itemizing income tax deductions is from a survey of 3,000 Americans who in 2017 made charitable donations and itemized deductions on their tax returns. Data about 2018 giving and bunching is from a survey of 475 Americans who made donations to charity within the last two years and itemized tax deductions on their last federal tax return.

Fidelity Charitable is an independent public charity that has helped donors support more than 255,000 nonprofit organizations with $30 billion in grants. Established in 1991, Fidelity Charitable launched the first national donor-advised fund program. The mission of the organization is to grow the American tradition of philanthropy by providing programs that make charitable giving accessible, simple and effective. For more information about Fidelity Charitable, visit https://www.fidelitycharitable.org.