Change Your Life By Changing Your Day 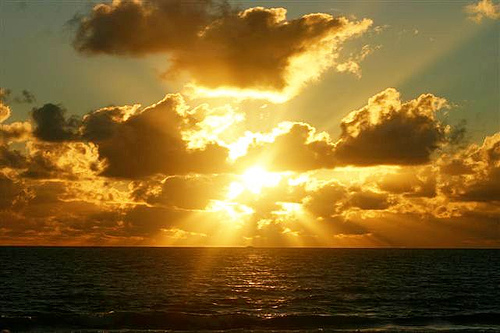 Hoboken, NJ (March 14, 2014)âAs hard as I work every day, shouldnât I have âarrivedâ by now? Itâs a question that nags at you as you slog through each day, bound to the tyranny of your to-do list, one eye constantly on the clock. It seems all you do is work, but you have only mediocre results to show for it. Once, you had big goals and the confidence to achieve them, but now all you feel is tired, stressed, and overburdened. It seems the dreams you once hadâof leading your department, being the top salesperson, joining the C-suiteâhave disappeared into the quicksand that has become your daily life.

If this scenario describes you, Andy Core says youâre not a loser. Like so many others, youâre an unwitting victim of todayâs demanding work culture, not to mention bad habits that are sabotaging your best efforts.

âAs you go through life, you develop habits and routines that you think will help you succeed,â says Core, author of the new book Change Your Day, Not Your Life: A Realistic Guide to Sustained Motivation, More Productivity, and the Art of Working Well (Wiley, 2014, ISBN: 978-1-118-81598-4, $23.00, www.andycore.com). âProblem is, many of those patterns probably donât work for you personally. Whatâs productive for your coworker may not work well for you, for example. Or a strategy that was effective five years ago may no longer work.â

Even your instincts can lead you astray, he says. But you can change habits and patterns that donât serve you. You can refocus your attention, redirect your thoughts, and generate greater motivation, energy, optimism, and creativity, as well as more rewarding relationships.

A credentialed, award-winning thought leader on increasing employee engagement, Core is the perfect coach to help you become what he calls a âThriverâ: someone who works hard, meets or exceeds expectations, and enjoys high levels of personal and professional success, accompanied by (and this is the best part) lower stress levels.

His book gives readers the tools to create precisely that type of life. It also includes a curriculum to help companies reengage employees, improve communication, retain talent, and boost innovationâall of which catapult overall profitability.

âTo start reclaiming the goals that once inspired and excited you, youâll have to change the way you approach your day,â says Core. âInstead of a worker whose actions are dictated by supervisors and to-do lists, youâll need to begin acting like the CEO of your own life.â

Read on for a few CEO-worthy tactics that will help you start thriving immediately:

Junk hoursâ are a little like junk food: While they provide short-term pleasure, they contribute to long-term imbalance and exhaustion

âYouâll come to find that the âadministrivia,â the mundane and routine chores required of you, and the not-so-exciting aspects of your work become easier to do and get completed more quickly if you have a strong focus on what you do find exciting, rewarding, or fulfilling,â Core promises. âPersonally, thinking about how I hope to help people with my next speech, presentation, or coaching session helps me to get through the parts of my workday that I donât enjoy as much, like paperwork, scheduling, and staff issues.â

âBy making small changes in how you approach your day, you can begin to take back your to-do list and accomplish the big goals that will really help you thrive,â Core concludes. âItâs time to stop allowing your quest for success to leave you feeling tired, stressed, and disillusioned. So, how will your tomorrow look different from your today? What is one small change you can make right now to start rewiring the patterns that define your life?â

About the Author:
Andy Core is the author of Change Your Day, Not Your Life: A Realistic Guide to Sustained Motivation, More Productivity, and the Art of Working Well (Wiley, 2014, ISBN: 978-1-118-81598-4, $23.00, www.andycore.com). He is an award-winning lecturer, author, television host, and expert in human performance and motivation. Voted a 2012 Top5 Global Health/Healthcare Speaker by Speakers Platform, Andy has a masterâs degree in the science of human performance and has spent the past 23 years mastering what it takes to become energized, healthy, motivated, and better equipped to thrive in todayâs hectic society.