What Are These Central Banks Doing? 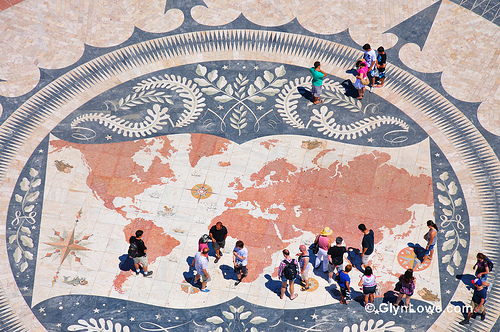 Central banks ruled market headlines last week with the European Central Bank, Bank of Canada, People's Bank of China, and Bank of Japan all making key announcements. The ECB led the pack by announcing its first round of quantitative easing, promising EUR 60 billion in monthly asset purchases. The move is designed to boost the Eurozone economy and fight deflationary pressures, though some experts are dubious about the potential for success.

In an effort to stem outflows of cash from the Chinese economy, the Chinese central bank used short-term monetary tools to inject more liquidity into the financial system ahead of the Lunar New Year Holiday.[

The Bank of Canada joined the party by announcing a surprise interest rate cut to spur growth in the face of falling oil prices. Markets reacted positively to the news that central banks are making an effort to boost the global economy, helping the major indexes post gains for the first time this year.

However, the news last week wasn't all good. The Eurozone faces another major challenge in Greece; voters went to the polls Sunday and elected the radical left Syriza party, which wants to end austerity measures and refuse European debt inspections. Though it's unclear if the party has enough parliament seats to form a government, the election result highlights Greek voters' frustration with austerity and increases the risk of a so-called "Grexit," a Greek exit from the Eurozone.

If the political vacuum causes Yemen to splinter along ethnic and religious lines, it could spark civil war, also threatening U.S. policies in the Middle East

Yemen, a major Saudi supporter and U.S. ally, also experienced leadership turmoil with the resignation of its president after being besieged by rebel fighters. If the political vacuum causes Yemen to splinter along ethnic and religious lines, it could spark civil war, also threatening U.S. policies in the Middle East.

Looking ahead, we see a lot of uncertainty this week. Though the U.S. continues to do well, we see markets driven by energy prices, worries about Europe, and concern that new central bank policies may not be enough to stoke economic activity in the rest of the world.

Next week's Federal Reserve Open Market Committee meeting will be key in setting the tone for the year's monetary policies. Although the Fed has indicated that it may raise rates this year, the increased stimulus measures from its counterparts overseas may make it harder for the Fed to move ahead with rate hikes. Even if global economic policy isn't part of the Fed's mandate, the interconnectedness of the world's economy and the importance of the U.S. dollar in global trade mean our central bankers must take into account global risks when making policy decisions.[8] The week ahead is also filled with important earnings reports, which could make or break the Q4 earnings season.

Thus far, earnings have been uninspiring, though overall earnings growth is expected to be positive. When markets turn volatile, it's important to remain disciplined by sticking to your own financial strategies while staying flexible enough to take advantage of opportunities as they arise. We're keeping a close eye on market events as they develop and will keep you updated.